Tanesha Renea Williams, 25, and Diamond Shanay Johnson, 28, were both arrested for what happened on March 28 at the Taco Bell on Smallwood Drive in Charles County. 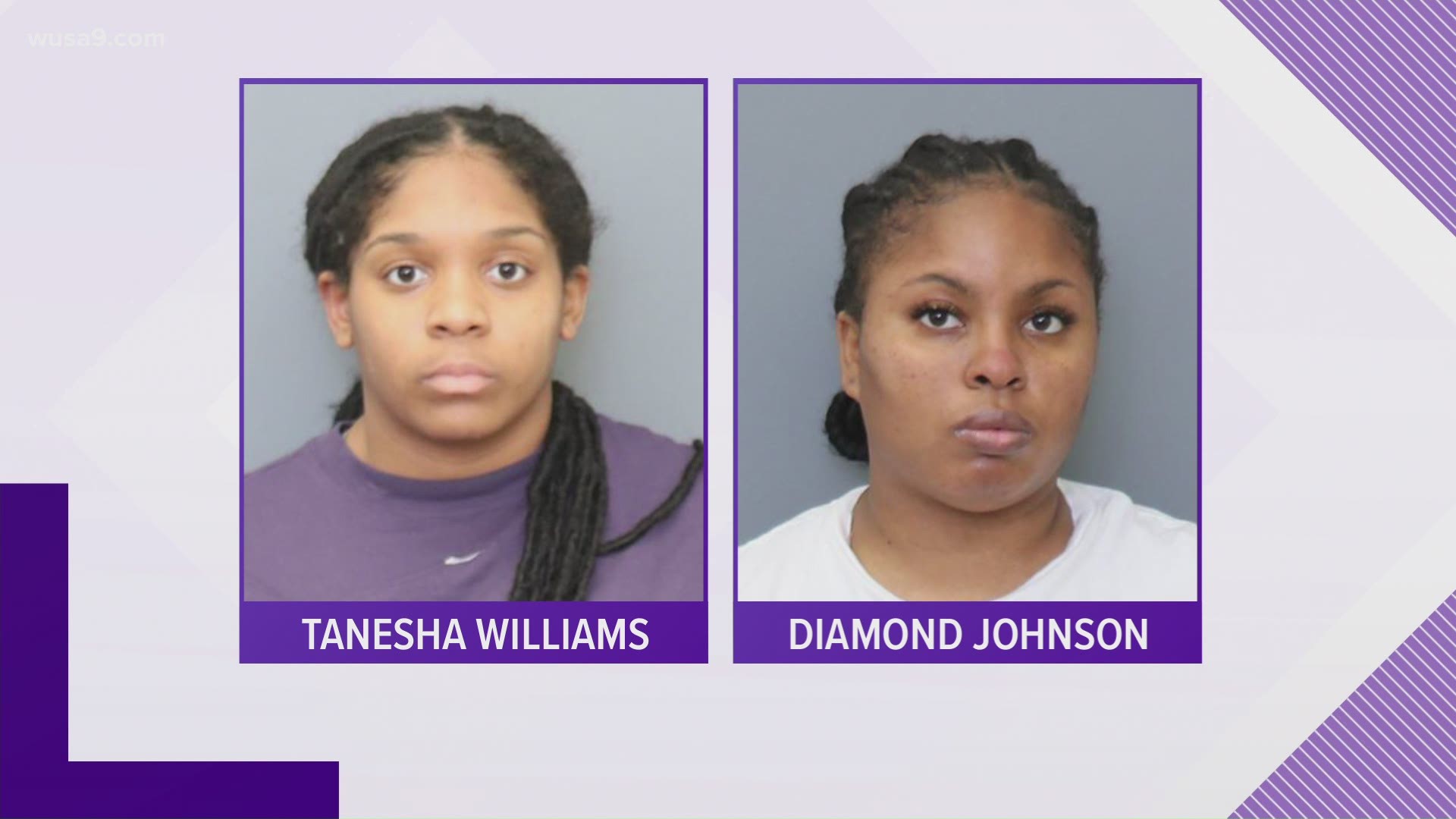 CHARLES COUNTY, Md. — Two women who are correctional officers have been arrested on attempted murder charges after an incident that included a car that struck multiple people after going through the front entrance of a Taco Bell restaurant in Charles County, according to the county's police department.

Tanesha Renea Williams, 25, and Diamond Shanay Johnson, 28, were both arrested for what happened on March 28 at the Taco Bell on Smallwood Drive, said the Charles County Sheriff's Office (CCSO).

The two women are Prince George's County correctional officers, according to officials from the county.

Williams and Johnson both were in a car that went through the front entrance of a Taco Bell and multiple people were hit, CCSO said.

The incident started when Johnson and Williams were in an argument with a Taco Bell employee at a drive-thru window. Both got out of the car, and Williams assaulted this employee, according to CCSO.

Both women reportedly got back in the car and drove around to the front of the Taco Bell. This is where Williams drove her car toward the group of people, backed up, and then drove toward the group again, striking and injuring several people as she continued forward crashing through the front doors, CCSO said in its statement.

CCSO’s warrant unit located the suspects and served the warrants on April 5, according to the department.

Both suspects are currently being held at the Charles County Detention Center with no bond.