As the SmarTrip card goes mobile in 2020, what changes will you see?

Your Metro trip could get easier in 2020 through mobile app use. But how will the change to digital impact you and those who like the old-fashion card? 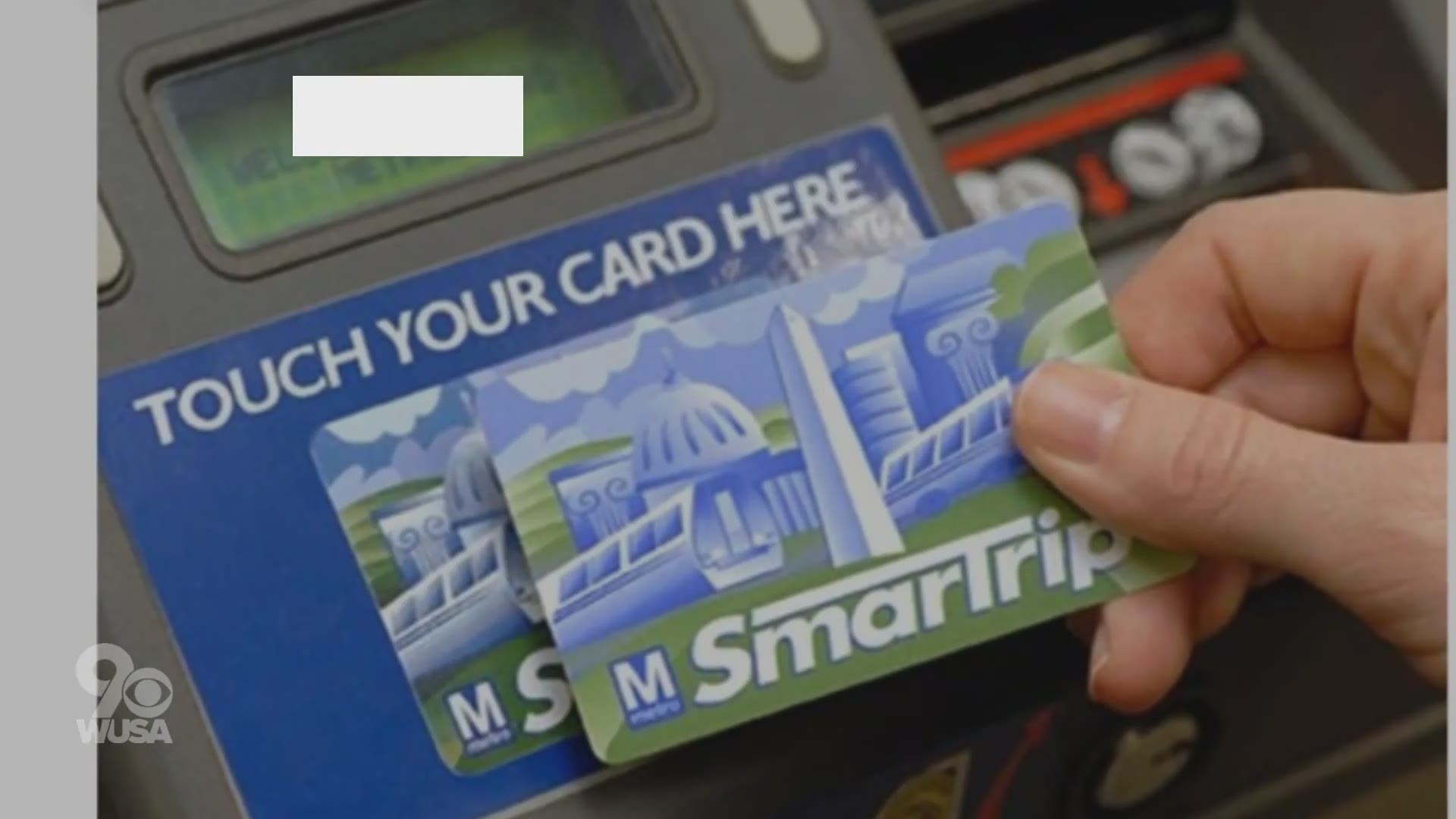 WASHINGTON — While your SmarTrip card gets you access to the Metro's multiple lines throughout the greater D.C. area, soon you'll be able to do the same thing through your smartphone. But will it change how or when you can use a physical card like many enjoy using or may still need access to?

While the change to digital could make things more convenient for some, a Metro official said the card is still an option and won't completely go away.

Metro officials said the app is expected to enhance options, but the card is still yours and can be used as long as you don't switch it over to the Metro's upcoming SmarTrip app.

The SmarTrip card is a permanent, rechargeable card used to pay Metrorail and local bus system fares, according to WMATA. It's plastic, like a credit card, and is embedded with a special computer chip that keeps track of the value of the card.

It is not known yet what would happen if you can't access the app, and how you could get the balance on your SmarTrip account back, but a question has been sent to WMATA for more information.

In a meeting on Thursday, WMATA officials laid out why they believe the move to a digital app will be a great thing for Metro users.

Data shows that 98 percent of Metro users have a smartphone, adding that they want to have the app usable for Apple Watches, iPhones and Android phones, WMATA officials said.

While officials expect the app for Apple Watches and iPhones to come in 2020, it may take a little longer for Android phone users to have access to the SmarTrip app.

Google told WUSA9's Pete Muntean that Android is coming out, eventually, with a useable app feature that will work with Androids. They also said that Metro is still working out lots of details.

As for Apple product users, there is no specific timeline for when the app for SmarTrip will be available.

Since April's announcement by WMATA about the SmarTrip digital transformation, upgrades have been completed to the “disc” receivers at each Metrobus faregates and Metrobus fareboxes.

900 faregates at all 91 stations were upgraded, while Metrobus fareboxes were replaced.

According to WMATA's website, it provides about 2.3 million trips per year.

RELATED: More riders not paying Metrobus fare could cost you