Some neighbors said they would like to see an increased presence of police officers in the area. 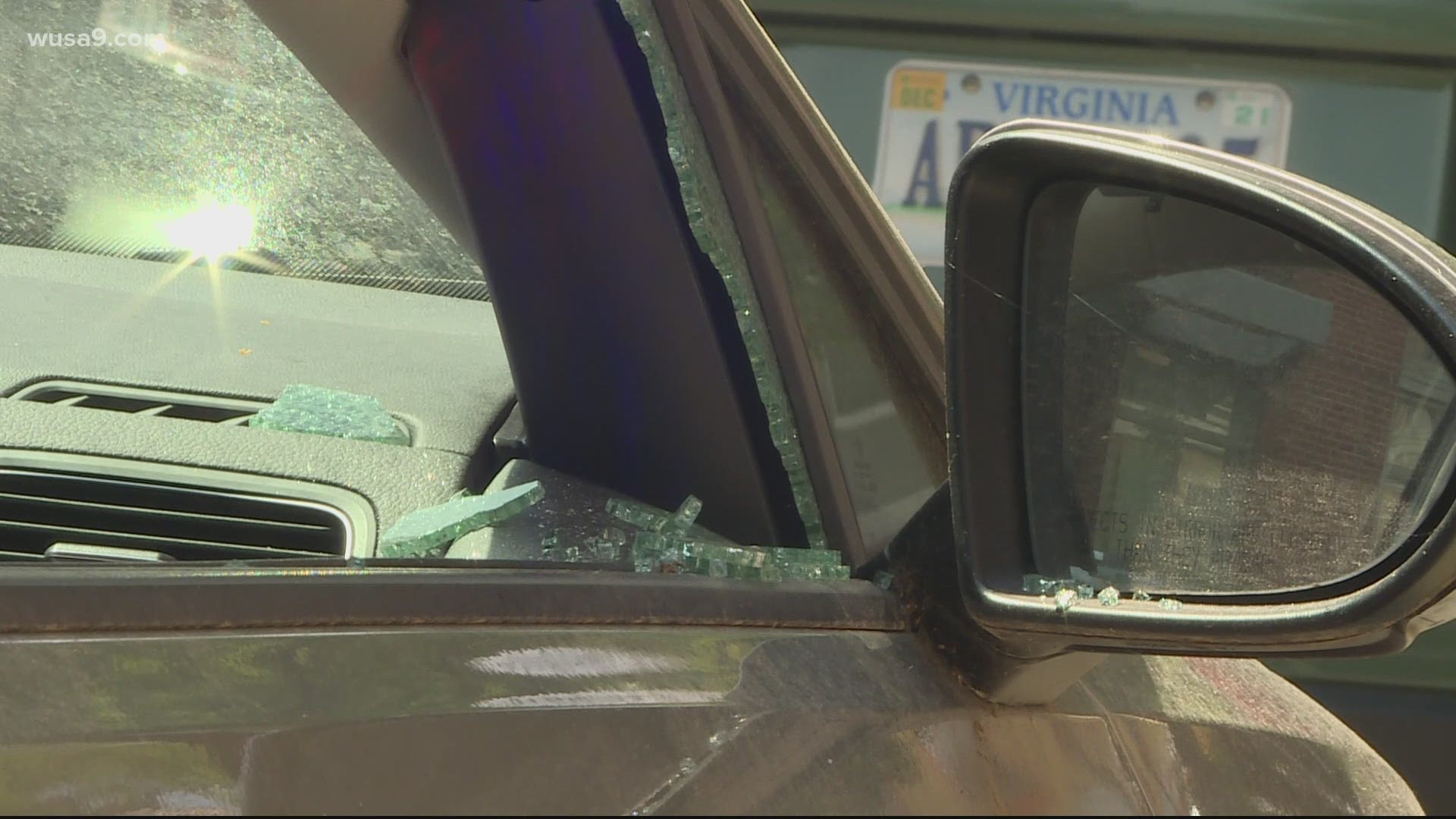 WASHINGTON — While car break-ins and vandalism have been an ongoing problem in the District, residents in a NoMa neighborhood say the issue has been more noticeable this month.

On Sunday, it appeared at least three vehicles were damaged with two wallets being stolen near the intersection of 3rd Street & L Street in Northeast, according to a police report. The cases happened near the popular Swampoodle Dog Park & Playground.

Witnesses said on a Reddit post more than a week ago that as many as six vehicles were broken into in different blocks. Another resident shared pictures of four different vehicles broken into at the same location on 3rd Street just days apart.

Another bad string of broken windows tonight by the dog park in NoMa.

There may be other car break-ins that have gone unreported. Despite witness accounts on the weekend of May 9, DC Police only had one incident report which revealed the driver returned to his car to find the passenger side window smashed and vehicle ransacked.

"It seems to be a big deal and this past weekend I came home and saw a bunch of people sitting over here and all of their cars had been broken into," NoMa resident Emily Useem said."You can tell there's been an increase and I don't know what it is."

"It really has been concerning," resident Chester Wall said. "It's all over the area."

On Monday morning, Wall said you could easily see the trail of shattered glass along the sidewalk that indicated a crime took place.

"You got to have somebody out on the streets to sit there and watch cars," he said.

If you live near 3rd & L St in NoMa, you might've seen a number of vehicles broken into. Residents say there's been a noticeable increase this month. Usually the same streets are targeted which can be a frustrating and pricey nuisance. Some want to see more police presence.@wusa9 pic.twitter.com/7TK6pdibQt

Another resident told WUSA9 that her apartment complex near the dog park has alerted tenants about the crime in the area.

Nevertheless, both Wall and Useem agreed the neighborhood has remained relatively peaceful, but the ongoing car break-ins are an issue that needs to be addressed.

Overall, there has been a 20% decline in theft from auto in the District since last year. Crime data showed there have been 2,687 cases so far this year compared to 3,362 this time last year.

For now, police are encouraging people to "protect your auto" by locking your car, taking your keys and securing items.