Traffic restrictions are already in place around the Capital One Arena, with more rigorous closures on homes games. 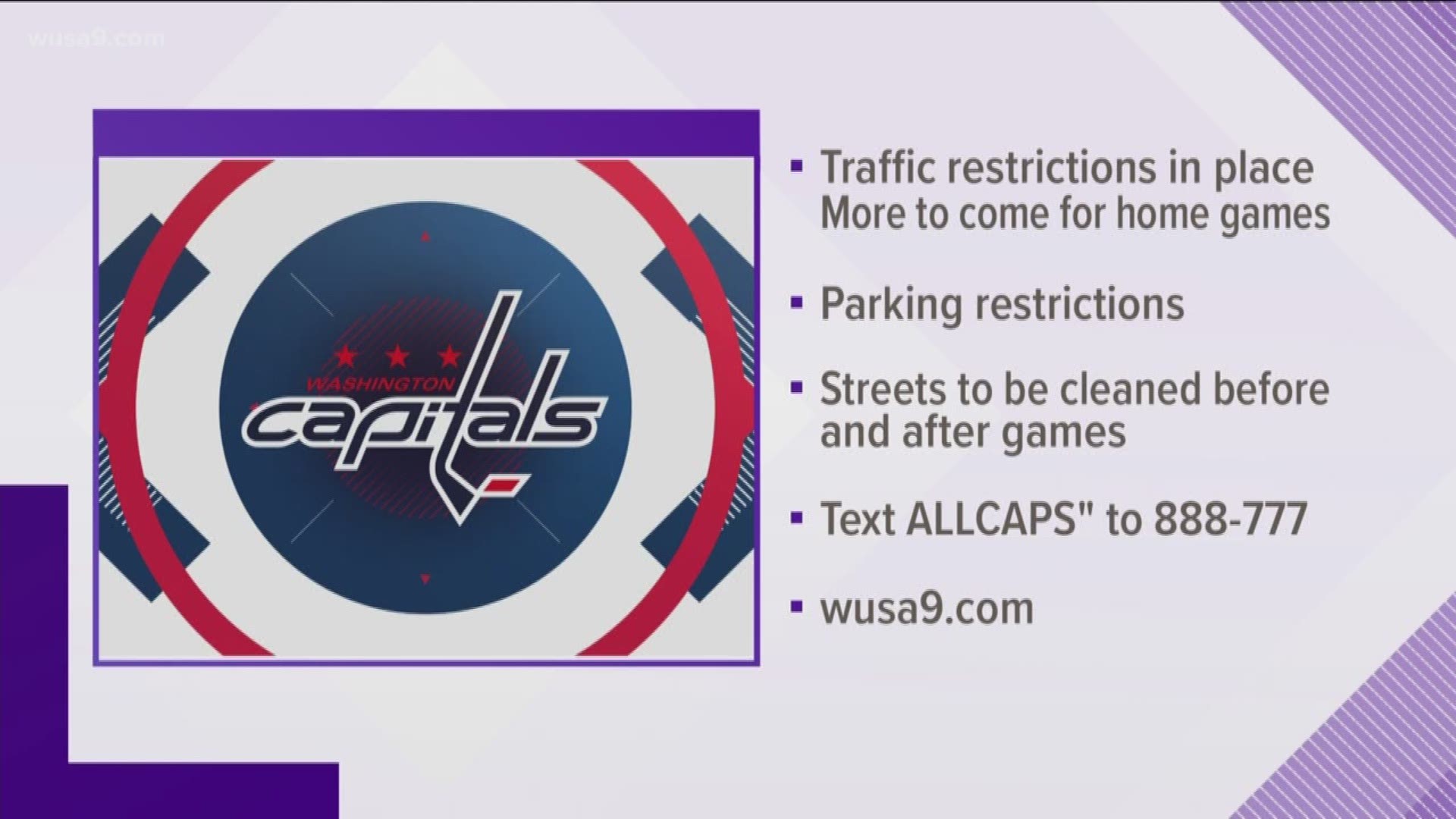 Traffic restrictions are already in place around the Capital One Arena, with more rigorous closures on homes games.

RELATED: More fans showed up to watch Caps play on jumbotron than at Nats vs Os game on Tuesday

The following was released by the mayor’s office Thursday:

In order to facilitate this event, there will be no vehicular traffic in the blocks around the Capital One Arena listed below. The closures began on May 29 at 11:00 p.m. and will stay in place until approximately 3:00 p.m. on June 11:

For all subsequent home games, the above street closures will be in effect from 3:30 p.m. until midnight.

All street closures and listed times are subject to change based upon prevailing or unexpected conditions. Motorists will encounter delays if operating in the vicinity of this event and may wish to consider alternative routes. The Metropolitan Police Department (MPD) and the District Department of Transportation (DDOT) also wish to remind motorists in the vicinity of this event to proceed with caution as increased pedestrian traffic can be anticipated.