A 4-year-old Giant Panda, Bei Bei, will be leaving the Smithsonian’s National Zoo on November 19. 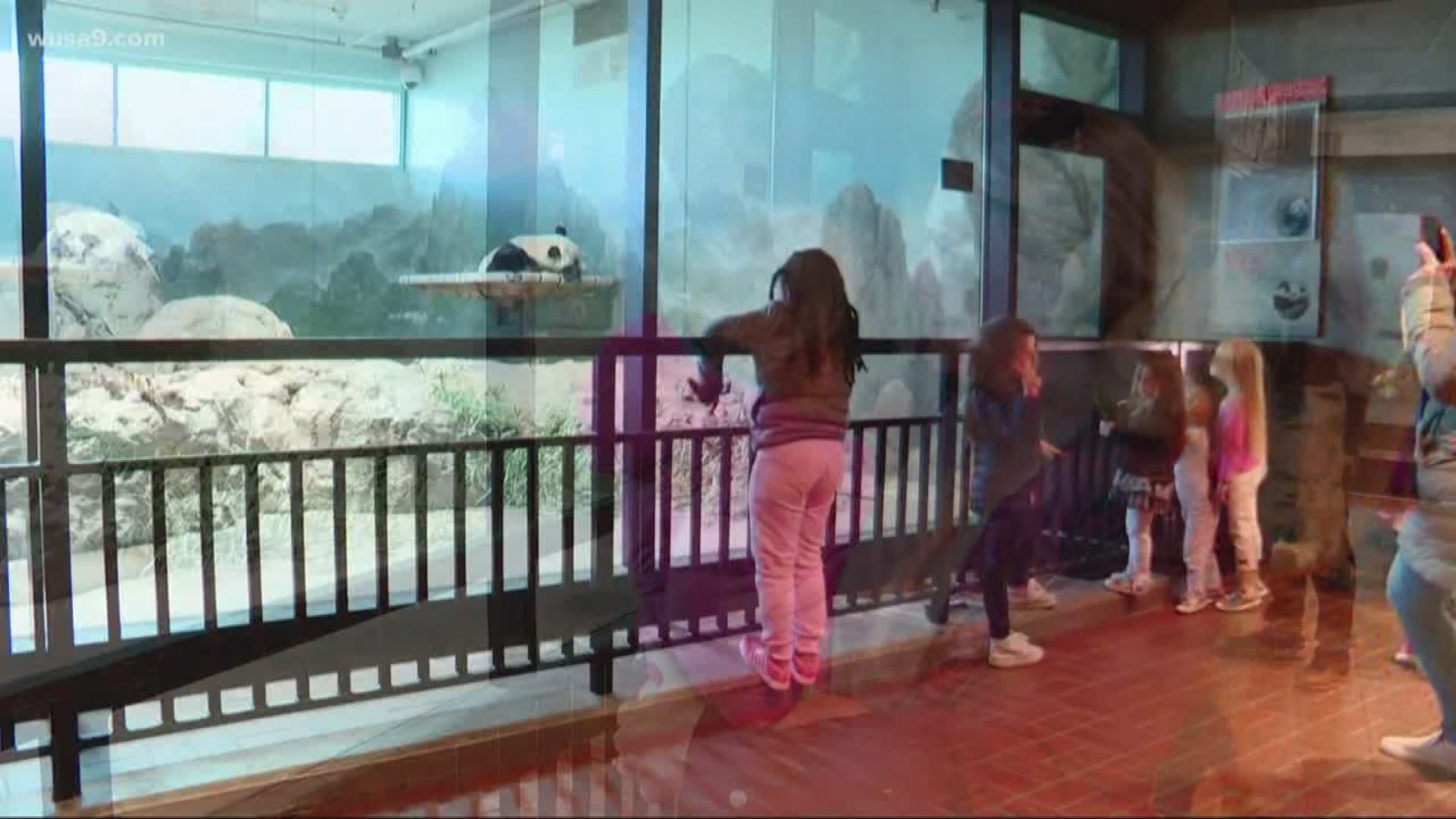 WASHINGTON — Panda Keepers at the Smithsonian’s National Zoo are getting ready to place a crate in Giant Panda Bei Bei’s habitat to help him get ready for his journey to China next month.

Bei Bei will be leaving the Smithsonian’s National Zoo on November 19.

Lonnie Bunch, Secretary of the Smithsonian, said Bei Bei is moving as part of an agreement with the China Wildlife Conservation Association, which requires all cubs born at the zoo to move to China when they turn four years old.

“Our giant pandas represent much of what the Smithsonian does best, from conservation to education,” said Bunch. “As we say goodbye to our beloved Bei Bei, our conservation scientists will continue to work in collaboration to prevent these animals from disappearing, giving them the opportunity to thrive in the wild, inspiring and teaching generations to come.”

Bei Bei was born at the National Zoo on August 22, 2015.  Giant pandas are listed as “vulnerable” in the wild by the International Union for Conservation of Nature. There are an estimated 1,800 in the wild. Scientists at the Smithsonian’s National Zoo and Conservation Biology Institute work with scientists in China studying giant panda reproduction and cub health, habitat and disease. Chinese scientists are working to reintroduce giant pandas to the wild.

“Our team has cared for him [Bei Bei], learned from him and, along with millions, loved watching him grow. We’re sad he’s leaving, but excited for the contributions he will make to the global giant panda population.”

Bei Bei will be accompanied by one panda keeper and a veterinarian on his flight from Washington, DC to Chengdu, China in a dedicated B777 aircraft. Staff chose to fly during the Autumn months for Bei Bei’s comfort.  Bei Bei’s team will monitor him throughout the flight, and make sure he has a ready supply of his favorite treats.

The zoo is planning a week of festivities from November 11 to November 18, in the run-up to Bei Bei’s move.

RELATED: Woman appears to dance, taunt lion in its enclosure at the Bronx Zoo