The power of the blast went up a chimney shaft and caused damage to several floors. 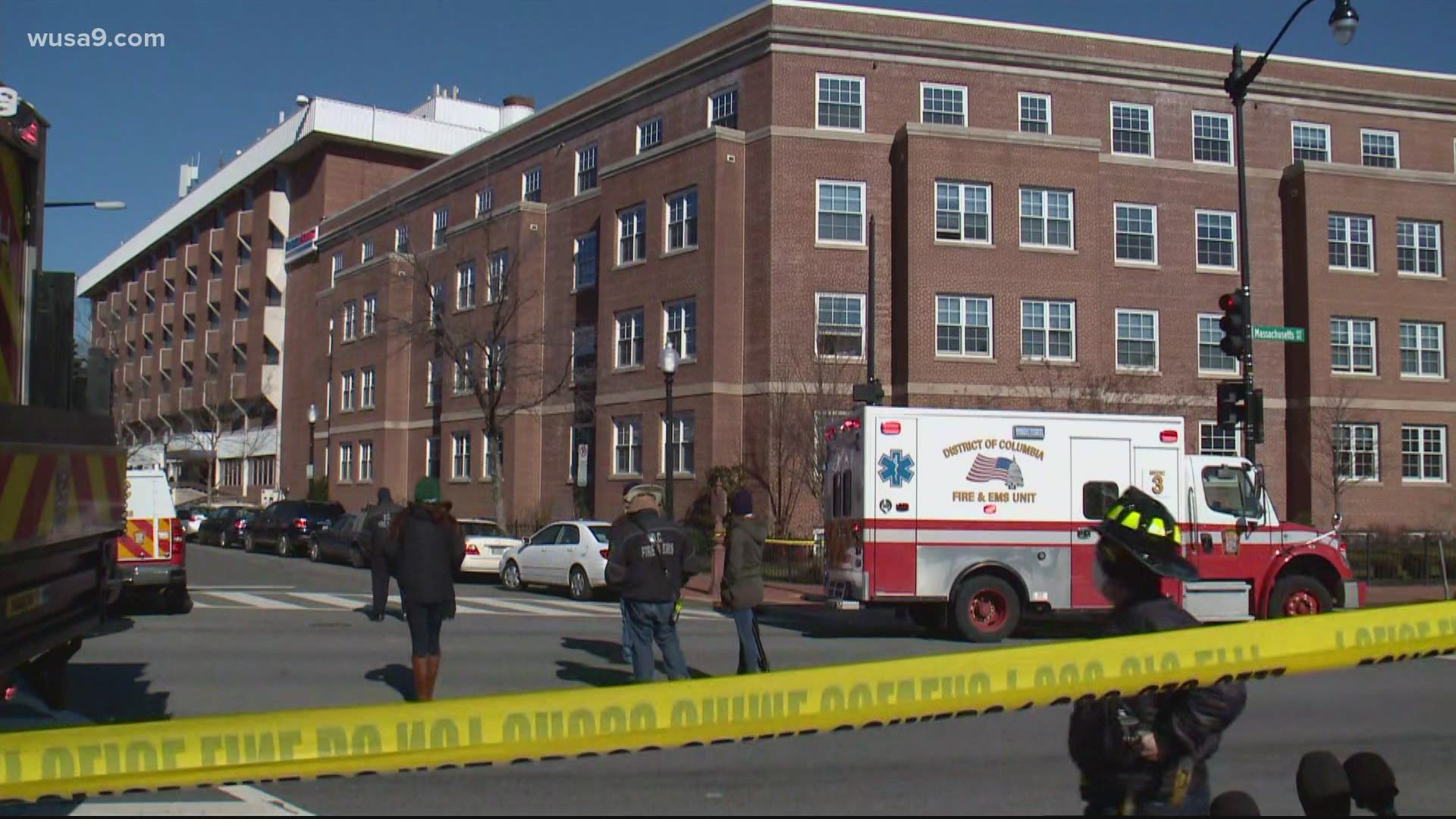 D.C. Fire officials called the collapse a "significant incident." They said a generator didn't fall and believe the force from an explosion of mechanical equipment in the basement of the hospital went up the chimney shaft and caused damage to several floors.

When crews arrived at the scene, the explosion was contained and they found cinder blocks knocked down inside of the hospital.

No one was evacuated outside of the building. During the incident, patients were moved to another part of the building. All the patients are safe but one person was taken to the hospital with non-life-threatening injuries, officials said.

Upon investigation, there is no structural damage to the building.

Inspectors are looking to figure out what caused the explosion. It's too early in the investigation to say that the cause was a generator problem, officials said.

The D.C. Fire Department plans to work closely with the Department of Regulatory Affairs to ensure that their efforts following the incident are done safely.

Streets near and around the hospital are closed in all directions. The hospital is running as normal, officials said.

He says there’s no need to evacuate. No reason to believe explosion was intentional @wusa9

Something happened at Bridgepoint Hospital. There was a loud bang 20 minutes ago. @theHillisHome @PoPville pic.twitter.com/WsPheBk4Ei

The hospital is licensed by the District and certified by the Centers of Medicare & Medicaid Services. They specialize in providing healthcare services to critically ill patients who require longer hospital stays.

BridgePoint Sub-Acute and Rehabilitation Capitol Hill have 117 licensed beds including 17 Sub-Acute Unit beds specializing in the care of ventilator and tracheostomy dependent patients. The staff offers services such as short-stay rehabilitation to long-term restorative and therapeutic care.

This story is developing. WUSA will update this story as additional information becomes available.