Local leaders ‘walk in their shoes' to learn what Ward 7 kids have to navigate to get to school, closest library

The goal of the walk was to showcase the need to rebuild the 295 pedestrian overpass and improve overall conditions. 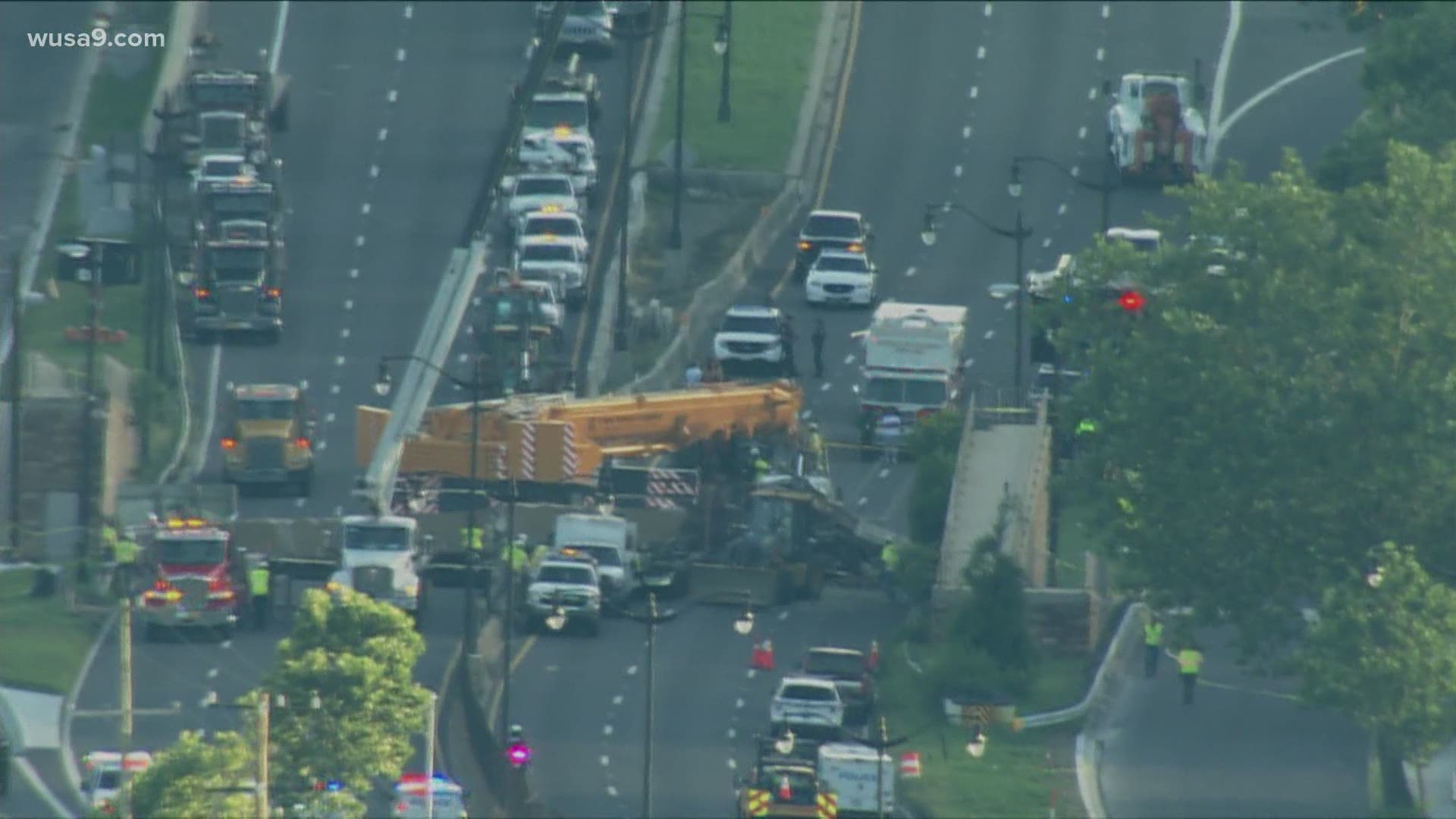 WASHINGTON — Some D.C. leaders got a chance to walk a mile in someone else's shoes in the Northeast neighborhood of Deanwood. The goal of the walk was to showcase the need to rebuild the I-295 pedestrian overpass and improve overall conditions, after six people were left injured when a bridge collapsed in Northeast, D.C. on June 23.

Mayor Muriel Bowser said the bridge was structurally sound early in the day, after the incident; a misstatement that now has been admitted by her office. DDOT has committed to rebuilding the overpass, which was initially hit by a truck that spurred its collapse.

Councilmember Mary Cheh and At-Large Councilmember Christina Henderson joined Ward 7 leaders in a walk across 295, which demonstrated in real-time the conditions children have to navigate to get to school, the library, or the closest pool on a hot summer day. The group trekked over highway traffic, through smog and fumes.

“There's really an opportunity to look here and say, how do we remedy that, that literal inequity of cutting people off?” said Eboni-Rose Thompson, Chair of Ward 7 DC State Board of Education. “So like, Is there some type of boulevard we can put in place? How do we work with DDOT to actually capitalize on some of the planning they've already done, that will make this more safe and accessible for residents.”

Thompson went on to add that brainstorms about what to do to remedy the situation in the interim are already taking place, suggesting a type of shuttle service, traffic improvements or even making crosswalks more visible to create more accessibility in the area.

“We're not just having people wait for a bridge replacement before they can start to be able to live their lives in a way that makes sense,” she said.

According to D.C. Deputy Mayor for Public Safety Chris Geldart, although the findings are still preliminary, bridge 66 was inspected in February 2021 resulting in a May 25 inspection report giving the bridge a rating of poor condition (A number 4 rating).