City crews have reinforced the lid to the water valve after a little boy slipped in. Police said the cover had multiple screws missing. 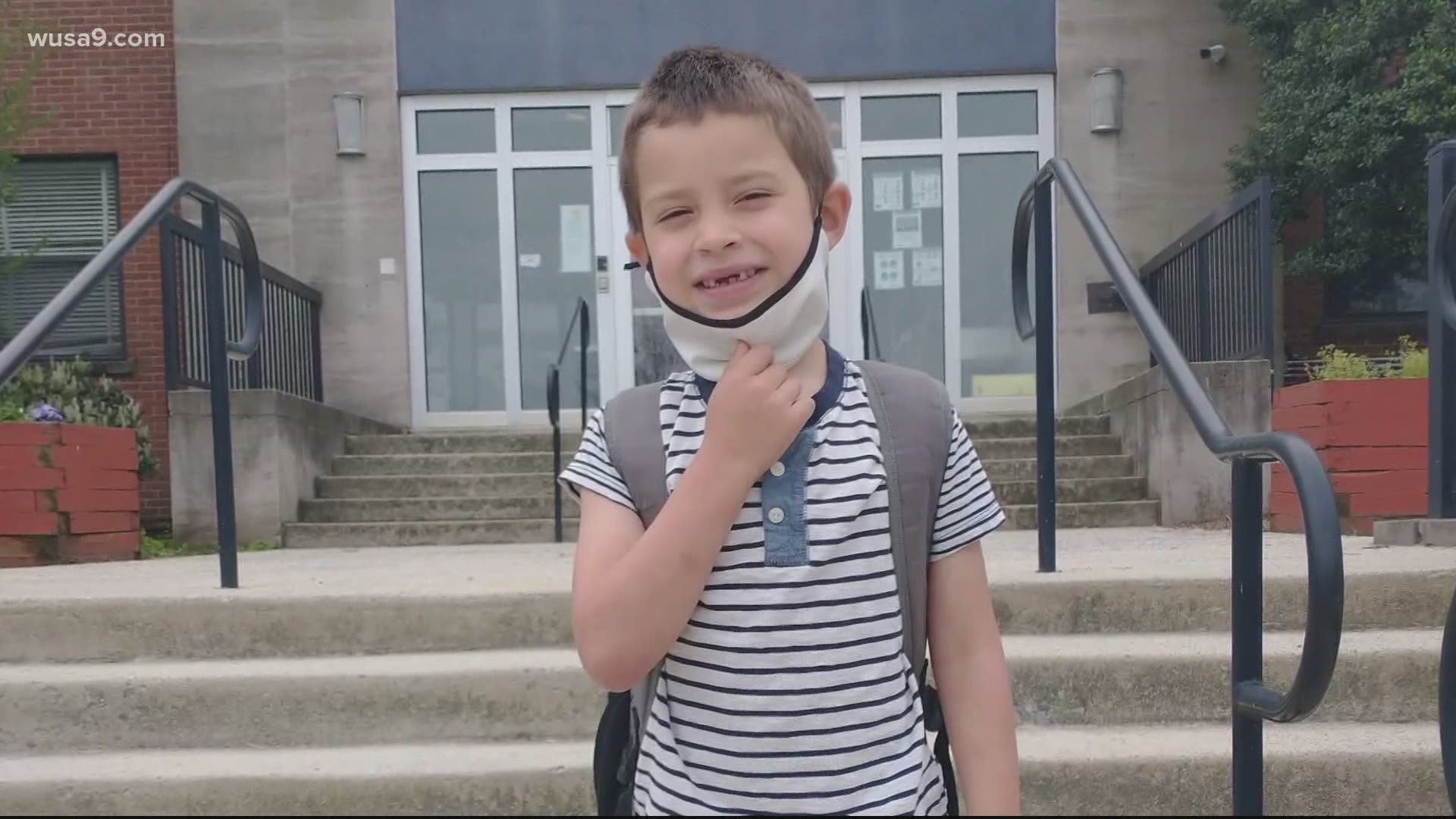 WASHINGTON — A mother said she had to act quickly to save her young son from getting hurt when he fell into a water vault next to a spray park in Northeast, D.C.

Lisa Mueller and her 6-year-old son were at the park on Division Avenue near Marvin Gaye Park around 6 p.m. on Monday. She said he lifted an unsecured lid to the filtration system just feet away from her when he slipped in.

"He literally kind of just reached down and it popped up," Mueller said. "It happened so fast and it's hard to give details, but he fell in feet first and disappeared and I just immediately yelled for help and dropped down to the ground and reached in. I barely reached his hand to pull him out."

Mueller's son wasn't hurt but the incident terrified her enough to warn others on Twitter. She posted a picture and a video of the exposed system, which caught the attention of the DC Department of General Services and Department of Parks and Recreation.

My 6yo son just fell in an unsecured sewer grate to the underground machinery of the Division Ave. NE spray park. If I weren't long-armed and he tall, I wouldn't have been able to grab him. pic.twitter.com/f7nDYqAwEG

In a statement from both agencies, Director Keith A. Anderson and Director Delano Hunter said, "Safety is our number one priority, and maintaining safe play spaces is paramount in that commitment. Within 24 hours of being notified of the faulty mechanical cover, DGS and DPR swiftly coordinated to dispatch a crew to replace the cover and reinforce it into the ground. We are grateful the resident is unharmed and apologize for this upsetting incident."

A police incident report said officers arrived to find the cover was forced open by an unknown person. Multiple screws were missing and several were partially removed, and the screw holes were were stripped, according to the officers who responded.

"Can you imagine a 7-year-old fell in there and nobody was around?" Mueller questioned. "It certainly could have been a lot worse. A toddler, a baby -- it didn't take any strength to lift this up."

Advisory Neighborhood Commissioner Rebecca Morris said while the issue has been remedied, it also raises concerns if more safety measures should be in place.

Like Mueller, Morris would like to see at least a lock or a small fence surrounding the filtration system.

"I am shocked but also looking at certain things in the Ward 7 space, we do have a lot of issues when it comes to our parks that need to be remedied," Morris said.

@dclisa01 explains to me the scary moment when her 6 y/o son easily slipped into an unsecured water valve next to the Spray Park on Division Avenue in NE. @DCDGS has since reinforced it but she questions if there’s more that could be done to prevent a similar incident. @wusa9 pic.twitter.com/nv0AdrRrTw

Mueller has since visited other spray parks in the city to see if any other utility entry points may be unsecured. Out of the six sites she went to, most either had a lock or fence surrounding it.

Police said they had to use a trash can to cover the exposed vault with caution tape to prevent an incident.

"I'm trying not to make too much of a scary deal about it," Mueller said, "but I am super concerned for the rest of the kids in the facilities."

RELATED: LIST: Here's where to find a cooling center in DC during heat emergency