Bowser: We'll use 'every tool at our disposal' to keep housing developers from being scared off

Mayor Muriel Bowser says she knows putting 2,000 new units of affordable housing west of Rock Creek is going to be a challenge. 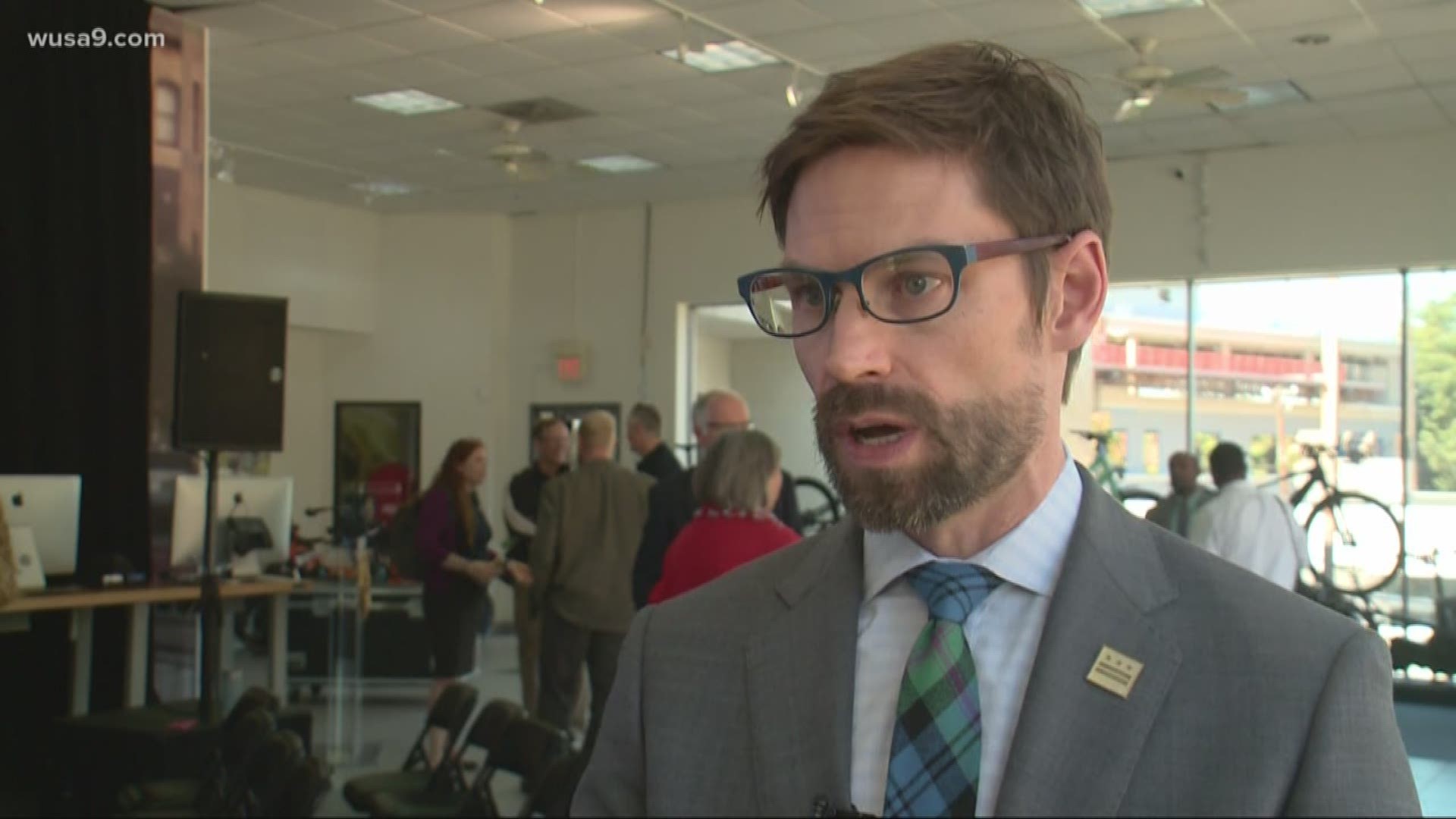 WASHINGTON — Mayor Muriel Bowser has pledged to put 2,000 new units of affordable housing west of Rock Creek by 2025 – and she knows that’s going to be a challenge.

“When there’s a plan in the beginning, and people buy into that plan, it makes specific projects that come up easier to deal with,” Bowser said Tuesday.

Bowser was speaking at the unveiling of the city’s new Housing Equity Report at ElectriCity Bikes, located near the corner of Wisconsin Avenue and Ellicott Street NW.

The very same site had been targeted five years ago for a development that would have added hundreds of new housing units, retail and a new park to the area. But that project was scuttled following opposition from neighbors and, ultimately, the Office of Planning.

Credit: DC Office of Planning
The D.C. Office of Planning says of the nearly 2,000 new units of affordable housing needed west of Rock Creek to meet the mayor's 2025 goal, only 80 are currently in the production pipeline.

The project was mentioned by both supporters and opponents of increased density in Ward 3 – an inevitability if the city is to meet the mayor’s housing goals for the area. Dennis Williams, a Ward 3 resident who said he had opposed that project, spoke up and said it was unfair to paint him and his neighbors as rigidly opposed to new development in the area.

“We support planned unit developments (PUDs),” Williams said. “Implicit in a lot of questions here was that we don’t. That’s not true. We support inclusionary zoning. What we don’t support, and which we didn’t support in this project, is a planned unit development including inclusionary zoning and a mapped change on top of that – which produces high-rise, 150-foot buildings. That, we do oppose.”

In response to another question about developers running into legal roadblocks with PUDs, Bowser said proposed upgrades to the city’s comprehensive plan would hopefully make planned unit developments – like the failed one in Tenleytown – easier to bring to fruition.

“We will use every tool at our disposal to discourage developers from being scared away from projects that could bring us new [housing] units,” Bowser said.

Bowser let her director of the Office of Planning, Andrew Trueblood, do most of the talking Tuesday.  Trueblood said a citywide survey of D.C. residents found that most respondents thought affordable housing should be prioritized in the Rock Creek West area, which is comprised of Ward 3 and Ward 2 west of Rock Creek Park.

The survey also polled individual residents of each ward about whether they think affordable housing is currently distributed inequitably around the city. While a majority of residents in all wards agreed, Ward 3 had the lowest level of buy-in. Trueblood said that will be a challenge for his office to address going forward.

“As you heard even in this group today, there are different views,” Trueblood said. “Even people who might be against an individual development might not be against the idea of more housing, or even more affordable housing here. So I think the critical thing is having those conversation and having them at a high level about how we achieve these goals. And then as individual projects come through and go through zoning, we can delve in and go through those individually.”

Tuesday’s report release and presser was a precursor for proposed updates to the city’s Comprehensive Plan, which is scheduled to go to the full D.C. Council next year for approval. Those updates will include changes to the Future Land Use Map – which, in broad strokes, determines what can be built where – that Bowser and Trueblood hope will create the 15% more capacity for housing the District needs to meet the mayor’s goal.

“It’s my responsibility to respond to the critical need – some say crisis-level need – for affordable housing in our neighborhoods,” Bowser said.

RELATED: Amazon helped create a housing crisis in Seattle; DC already has one

Jordan Fischer is an investigative reporter with WUSA9. He can be reached by email at jfischer@wusa9.com or on Twitter at @JordanOnRecord.