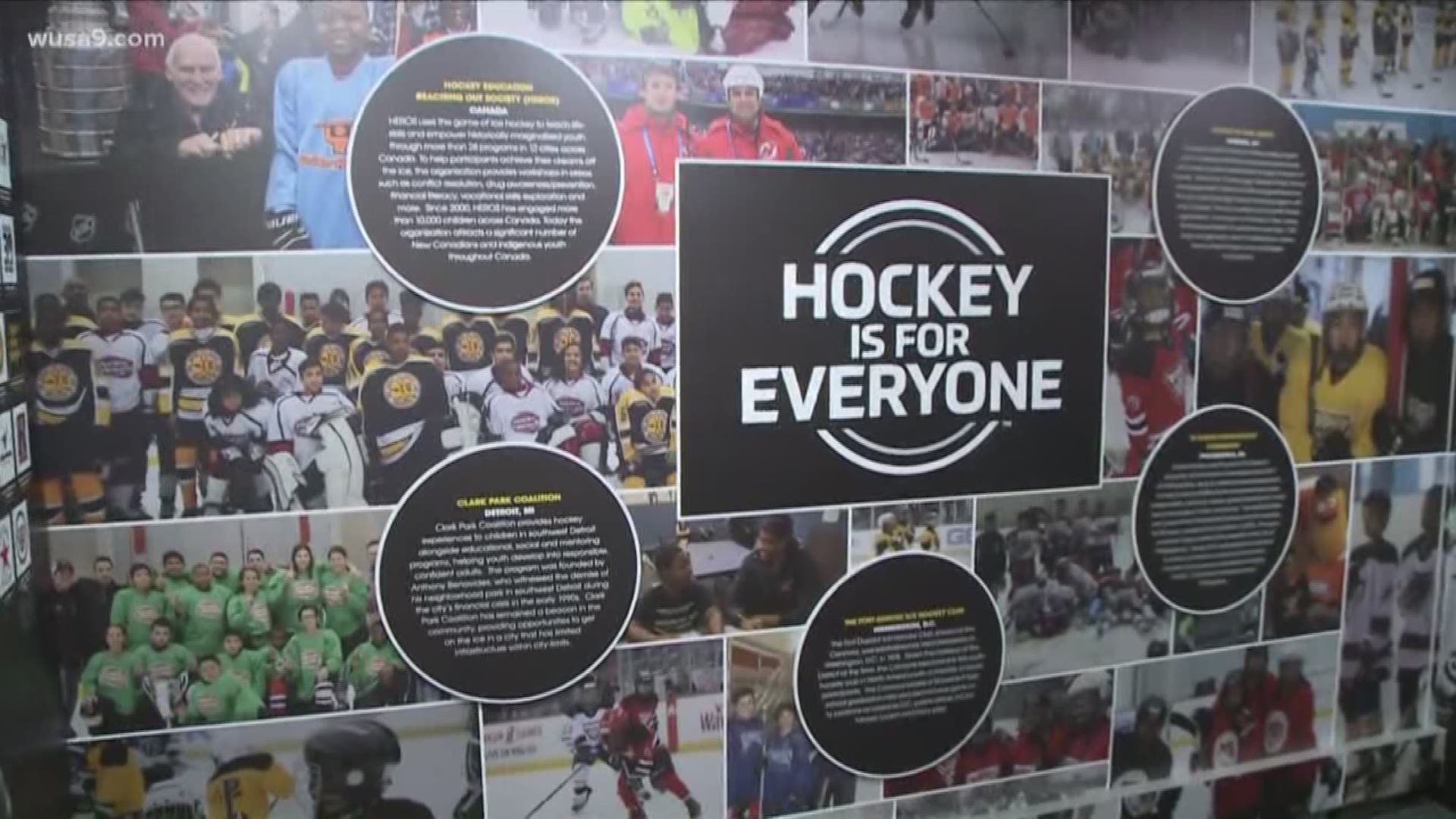 WASHINGTON — A mobile museum celebrating black hockey history opened in a truck outside of the Embassy of Canada.

Some of the highlights include a wall to recognize the league’s history makers and celebrate black achievements including the first black NHL player, first captain, and first inducted into the Hockey Hall of Fame.

The museum is equipped with interactive games and displays.

The mobile museum launched in D.C. and will visit 14 cities across North America.

A Capitals locker room installation was created specifically for the museum's stop in the District.

Willie O'Ree, who is the first black person to play in the NHL, shared his experiences facing racism and discrimination. He also discussed the importance of diversity and inclusion.

"When I broke into hockey in 1958, I was the first black player in the National Hockey League," said O'Ree. "And to me, I didn't realize I broke the color barrier until I read it in the paper the next day. But I've been going around and working with these boys and girls in different cities and just letting them know that there is another sport that they can play."

O'Ree has established 39 local grassroots hockey programs and travels to share his inspiring story as an ambassador for the NHL's Hockey Is For Everyone initiative.

The recent inductee into the U.S. Hockey Hall of Fame founded the Fort Dupont Ice Hockey Club in 1978. The program is the oldest minority hockey club in North America. Henderson is humbled to be a part of the museum.

"It takes your breath away for the first thing," said Neal Henderson."I never even thought of being in the position of which I'm in. I was always under the impression of just helping kids, seeing them grow and love the sport that I love, getting out of it what I got out of it." 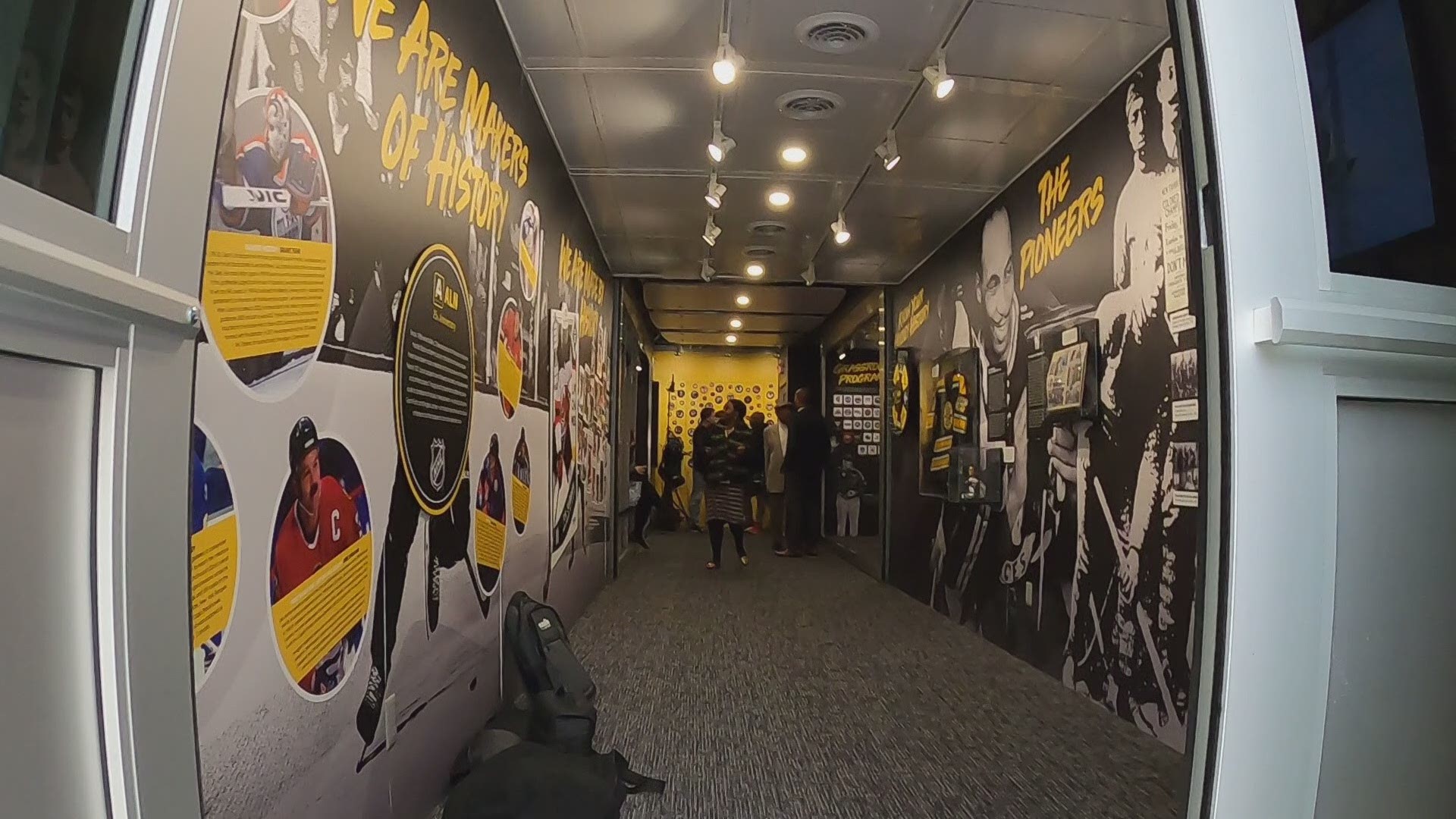