"Your son, your husband, your brother, your dad was a hero," Biden said during a Congressional ceremony to honor a USCP officer killed in the Capitol ramming attack. 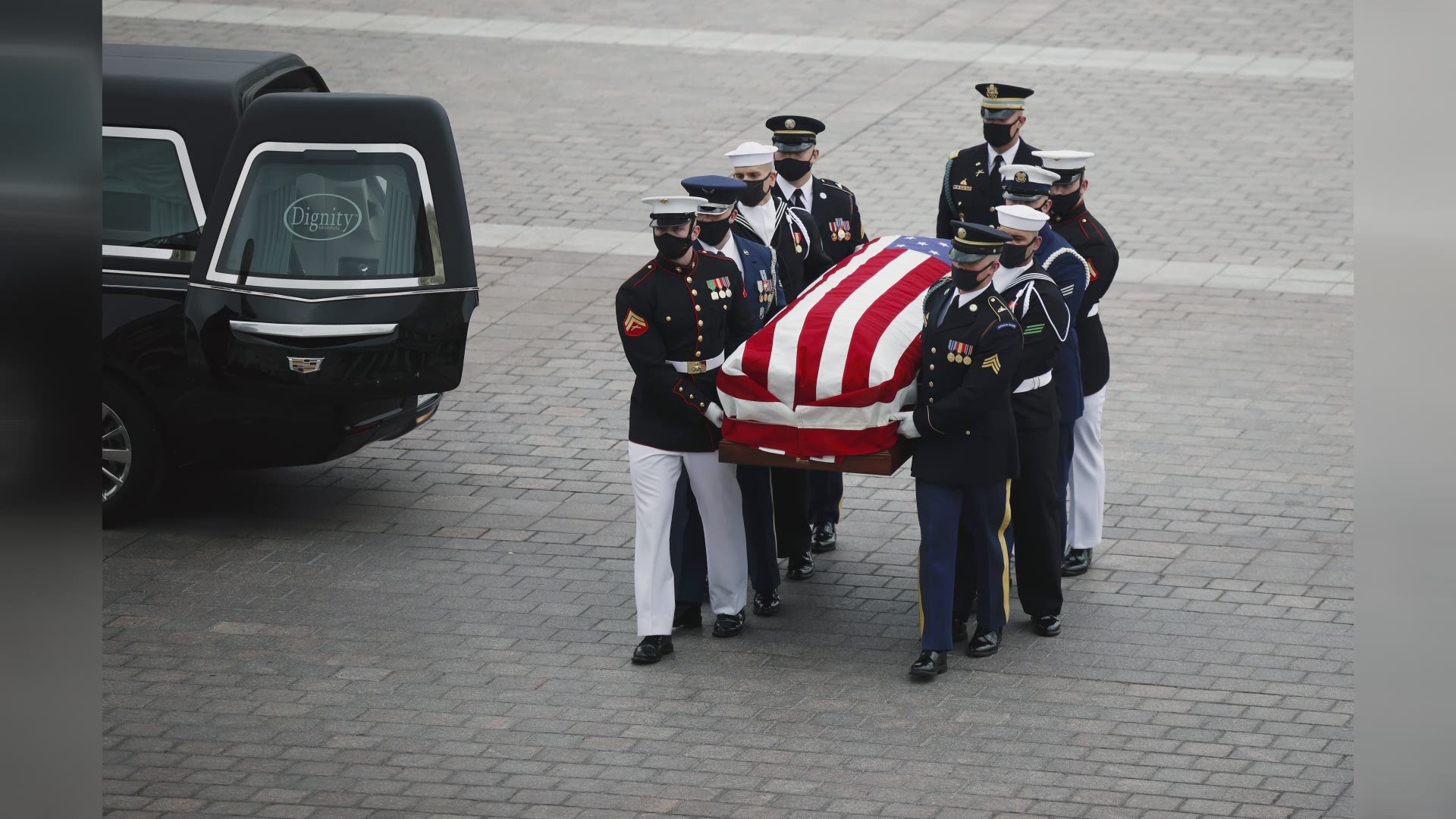 WASHINGTON — President Joe Biden and members of Congress paid tribute to slain U.S. Capitol Police Officer William “Billy” Evans, who is remembered by loved ones as a man who treasured his children, his job and life, during a solemn memorial at the Capitol Rotunda on Tuesday.

Evans, an 18-year veteran of the U.S. Capitol Police became just the sixth person, and fourth officer, to lie in honor in the Rotunda. He died in a car ramming attack at a Capitol barricade where he and another officer were holding post on April 2. The D.C. medical examiner ruled his death a homicide.

Biden spoke directly to Evans’ family in a way that many can not, speaking candidly about his own grief and extreme loss. The focal point of his message: someway, somehow the Evans family will find a way to make it through, just as he once did.

“Losing a son, daughter, brother, sister, mom, dad, it’s like losing a piece of your soul," the president said. "It’s buried deep, but it comes back. You're going to make it by holding each other together."

Biden, a man who has dealt with many personal family tragedies, lost his wife, Neilia, and their 1-year-old daughter, Naomi, in a car accident in 1972 while Christmas shopping. In 2015, Biden’s eldest son, Beau, died after a private battle with brain cancer.

“I have some idea of what you’re feeling like,” Biden said. “I buried two of my children. And people are going to come up to you for some time and say, ‘I know how you feel.’...And after a while, you know everybody means well. But you feel like saying, ‘You have no idea.’”

Evans leaves behind his wife and two kids. His children, 9-year-old Logan and 7-year-old Abigail watched with stuffed animals in hand, as their dad’s casket was lifted into the Capitol building. Logan wore his dad’s patrol cap and Abigail held tightly to her mother’s hand, even wiping away her mom's tears at one point.

Capitol Officer William “Billy” Evans was an 18-year veteran of the police department. He is the sixth person to lie in honor at the Capitol Rotunda.

He leaves behind his 2 kids and wife pic.twitter.com/3N9KxC9kFe

Biden hailed Evans a hero. In a statement released by Evan’s family, they describe him as “the best father, son, brother, and friend anyone could ever hope for."

This is the second time in two months that a Capitol Police Officer laid in honor at the Rotunda. Just weeks ago, Congressional leaders gathered in the same building to remember Officer Brian Sicknick who died after defending the Capitol during the insurrection on Jan. 6.

“So much strain and responsibility have been placed on the shoulders of the Capitol Police," Biden said. "And yet, you hear it, you see it, you watch them, and you watch them do their duty with pure courage and not complain."

The recent fatalities renewed conversations about Capitol security. The once open Capitol grounds are now lined with fencing. Some lawmakers want the building to be accessible to the public once more, but others argued the most recent attack should be reason enough to beef up security measures.