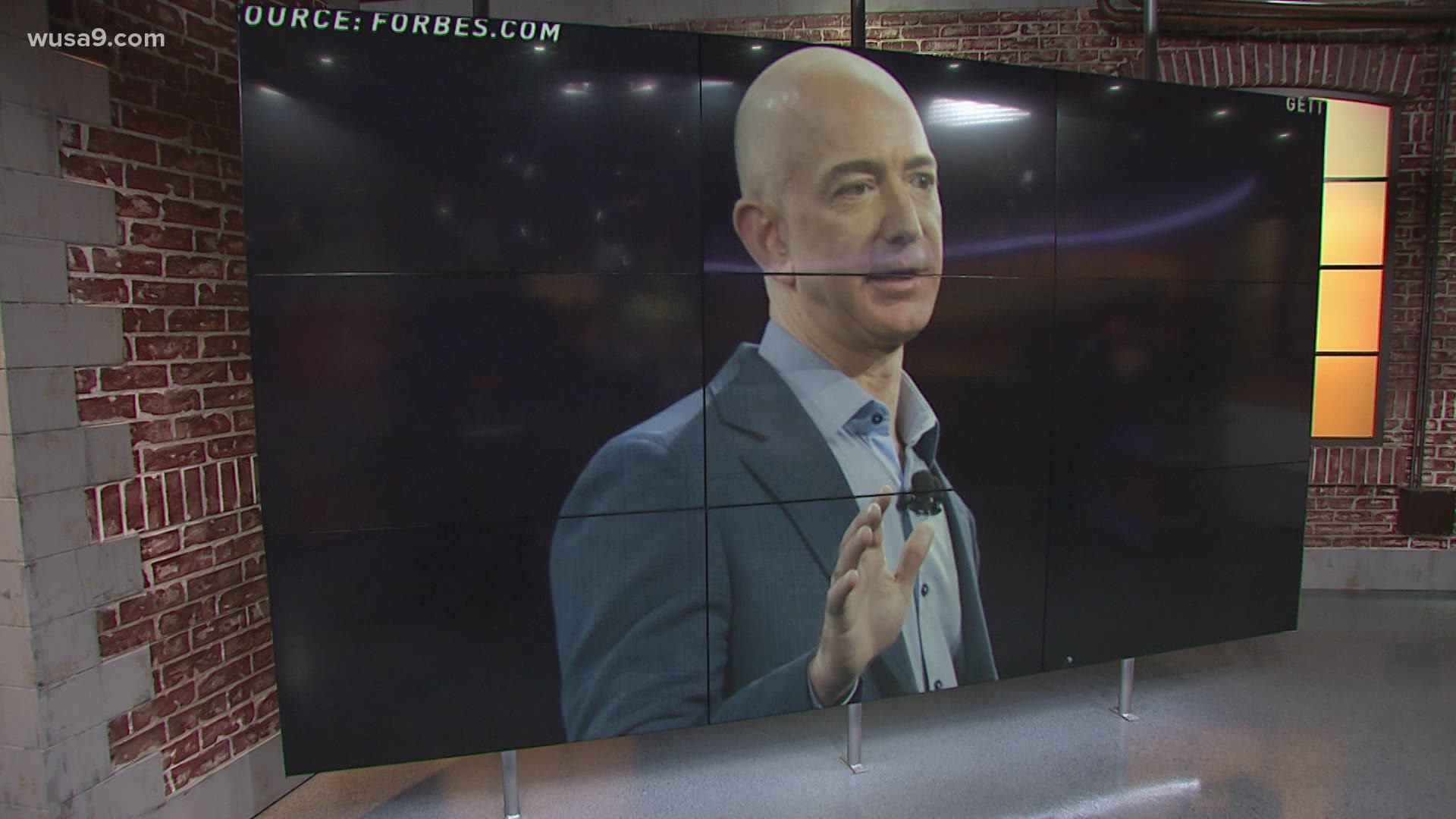 WASHINGTON — The Smithsonian will receive a $200 million donation from Jeff Bezos, founder and executive chair of Amazon, and founder of aerospace and space flight company Blue Origin.

The donation is the largest gift to the Smithsonian since the Institution’s founding gift from James Smithson in 1846, according to officials with the Smithsonian.

A portion of the donation, about $70 million, will be used to renovate the National Air and Space Museum and $130 million will launch a new education center at the museum.

In a release, the Smithsonian said the education center will feature "programs and activities that inspire students to pursue innovation and explore careers in STEAM (science, technology, engineering, arts and mathematics) fields, and it will help teachers better utilize the Smithsonian’s collections."

It will be built in conjunction with the second half of the museum’s ongoing revitalization. The new center will be named the Bezos Learning Center in honor of Bezos’ donation.

The gift will also help enable a technological transformation of the museum’s galleries and public spaces, including the creation of new interactive experiences to inspire visitors, students, teachers and families.

“Since its inception, the Smithsonian has benefited from both federal funding and the generosity of visionary donors,” said Smithsonian Secretary Lonnie Bunch in a news release. “Almost 175 years ago, Mr. Smithson’s inaugural gift laid the groundwork for this innovative approach, bringing together private philanthropy and public funding. Today, as we emerge from a pivotal moment in history, Jeff’s donation builds on that original tradition and will help us reimagine and transform the Smithsonian. This historic gift will help the Smithsonian achieve its goal of reaching every classroom in America by creating a world-class learning center with access and inspiration at its heart. We are grateful to Jeff for his generosity and for his passion and commitment to education, innovation and technology. This donation will fuel our nation’s future leaders and innovators.”

This isn't the first time Bezos has supported the Smithsonian. He was a founding donor to the National Museum of African American History and Culture and has contributed to the National Air and Space Museum. His portrait was commissioned by the National Portrait Gallery in 2017.

RELATED: Here's when you can check out a 'Star Wars' X-Wing at the Smithsonian

RELATED: A little Statue of Liberty is now in DC | It's A DC Thing