AU: Controversy on a college campus plagued by racial tension

Some American University students are upset that the annual Founders Day Ball will be held at the National Museum of African American History and Culture on Saturday. 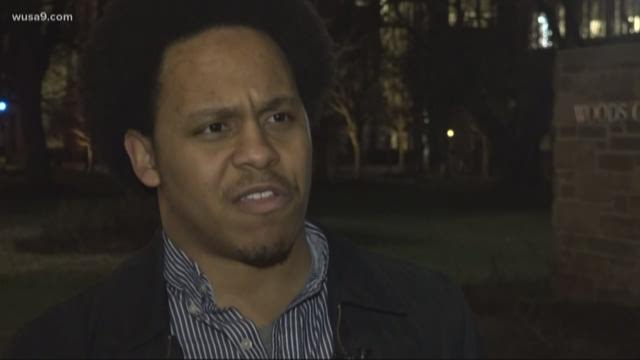 It’s become such a contentious issue that some students online are calling for a dance boycott.

He is not one of the students calling for the boycott but he did slam the decision in an editorial he wrote for the school's paper, “The Eagle.” He’s the Managing Editor of the paper’s Opinion Section.

In his headline, Mack called the decision, “racially tone deaf.” He's concerned about students drinking and not respecting the museum.

"I mean in past events we've had at the Newseum, students were seen taking selfies in front of the Berlin wall and I think that's something that's very insensitive for students to do. I think the same thing will happen, especially with the amount of content that's within the museum,” said the American University student.

Controversy at @AmericanU - some students are upset this year’s Founders Day Ball is being held at the @NMAAHC. A student says he’s concerned peers won’t respect the museum. Wants something else - not a dance - to be held there. Talked to both sides tonight @wusa9 pic.twitter.com/NjjA7lTq41

Mack believes something like that happening inside the NMAAHC would just add fuel to the flames a campus has seen its share of serious racial incidents. Last year, students reportedly found Confederate flags, nooses and bananas throughout the campus.

Not everyone feels the same way – After all, we’re told 2,000 tickets were handed out for the event.

Self is one of the student leaders behind the venue choice and says it's a plan he and peers have been working on since last year.

"We thought about it from a lot of different angles. I think that one, Lonnie Bunch, he's an AU alumni and he's the director of the museum. So honoring him, honoring how far we've come. It's been 125-years and AU is a lot different today than it was 25-years-ago,” said Self.

WUSA9 reached out to the NMAAHC and are waiting to hear back.

An American University Spokesperson said this is primarily a student government decision and that they stand by those students.

The 2018 Founders Day Ball is set to take place on Saturday, March 3rd.