ATF is offering a reward of up to $25,000 for information leading to the ID, arrest and prosecution of the person(s) responsible for the fire at St. John's 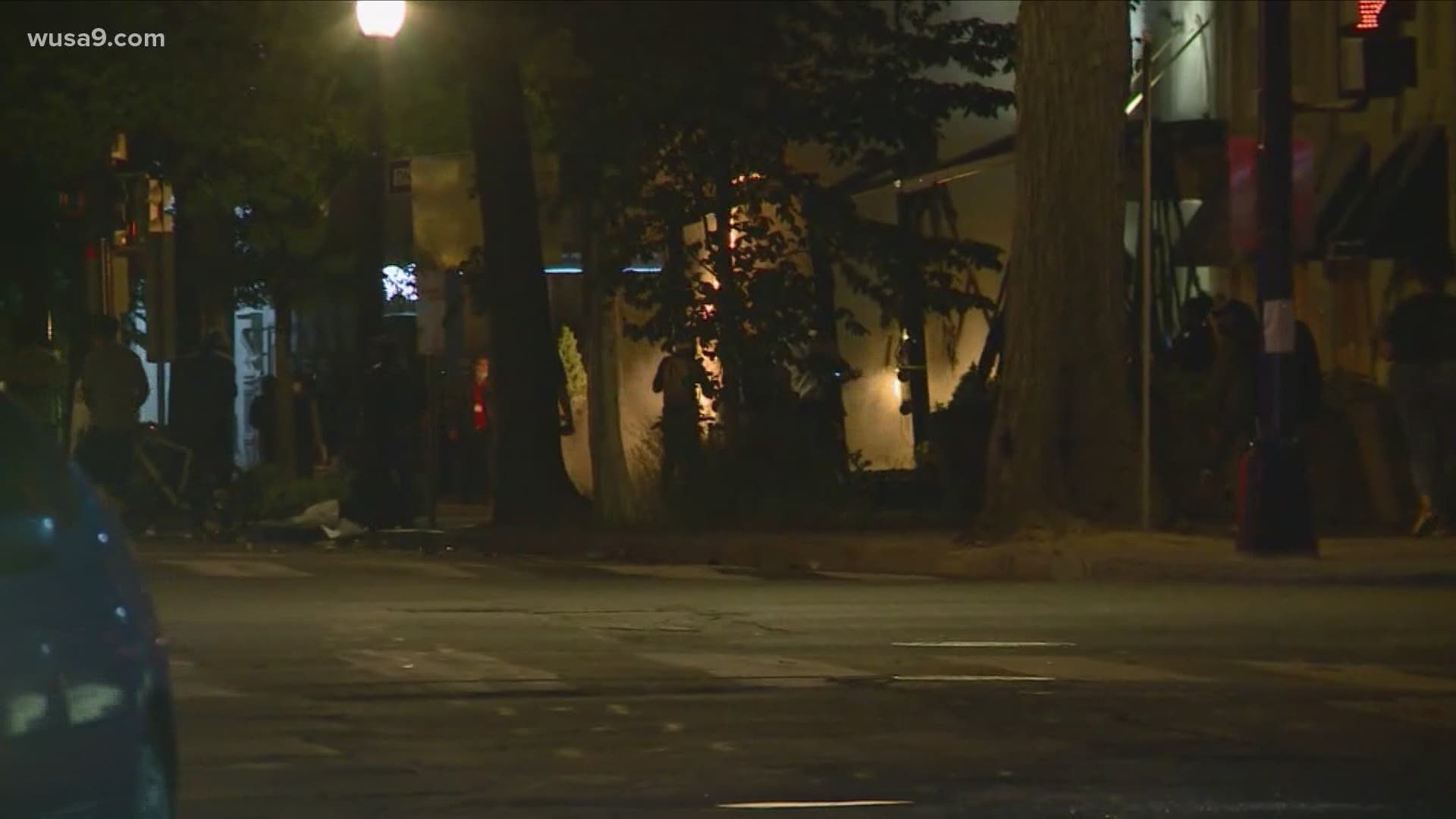 The search continues for the person or people involved in the fire at St. John's Episcopal Church in D.C. during George Floyd protests in May. The Bureau of Alcohol, Tobacco, Firearms and Explosives (ATF) released additional pictures Wednesday of a person of interest who was in the area the incident happened.

Investigators from D.C. Police, D.C. Fire Department and ATF are looking to identify the man caught on surveillance wearing a yellow hoodie and multi-colored jacket with one blue sleeve and a red sleeve, authorities said.

The rector from St. John’s Church told WUSA9 in June that the fire was in the nursery and did not spread, but that the nursery was a burned-out shell. The church rector also said that he is most concerned that his church is a beacon for anti-racism and good in the world.

Some protesters occupied the area of the church holding police brutality demonstrations in the city in wake of George Floyd's death while in Minneapolis police custody. Floyd, a 46-year-old man, was pinned down by his neck by Minneapolis police officer Derek Chauvin, who kept his knee on Floyd's neck for 8 minutes and 46 seconds. The incident was captured on video. Floyd, who is repeatedly heard in the video saying he can't breathe and asking for Chauvin to get off his neck, died following the encounter with police.

Chaos erupted earlier at Lafayette Square Park near the White House where protesters started a bonfire. There were reports of a building on fire, tear gas being deployed and agitators launching fireworks as authorities advanced their line, pushing protesters back, according to Twitter.

Credit: ATF
Surveillance photos near St. John's Episcopal Church during Black Lives Matter protests in May on night when fire was set.

ATF is offering a reward of up to $25,000 for information leading to the identification, arrest and prosecution of person(s) responsible for the fire at St. John’s.

Months after this incident, several Black churches in the District were vandalized during a pro-Trump demonstration in November.

Faith leaders from across the DMV have since gathered to hang a new Black Lives Matter banner and renounce white supremacy.