"It's something to remind the family of this young, beautiful girl that she'll never be forgotten," artist Aniekan Udofia said. 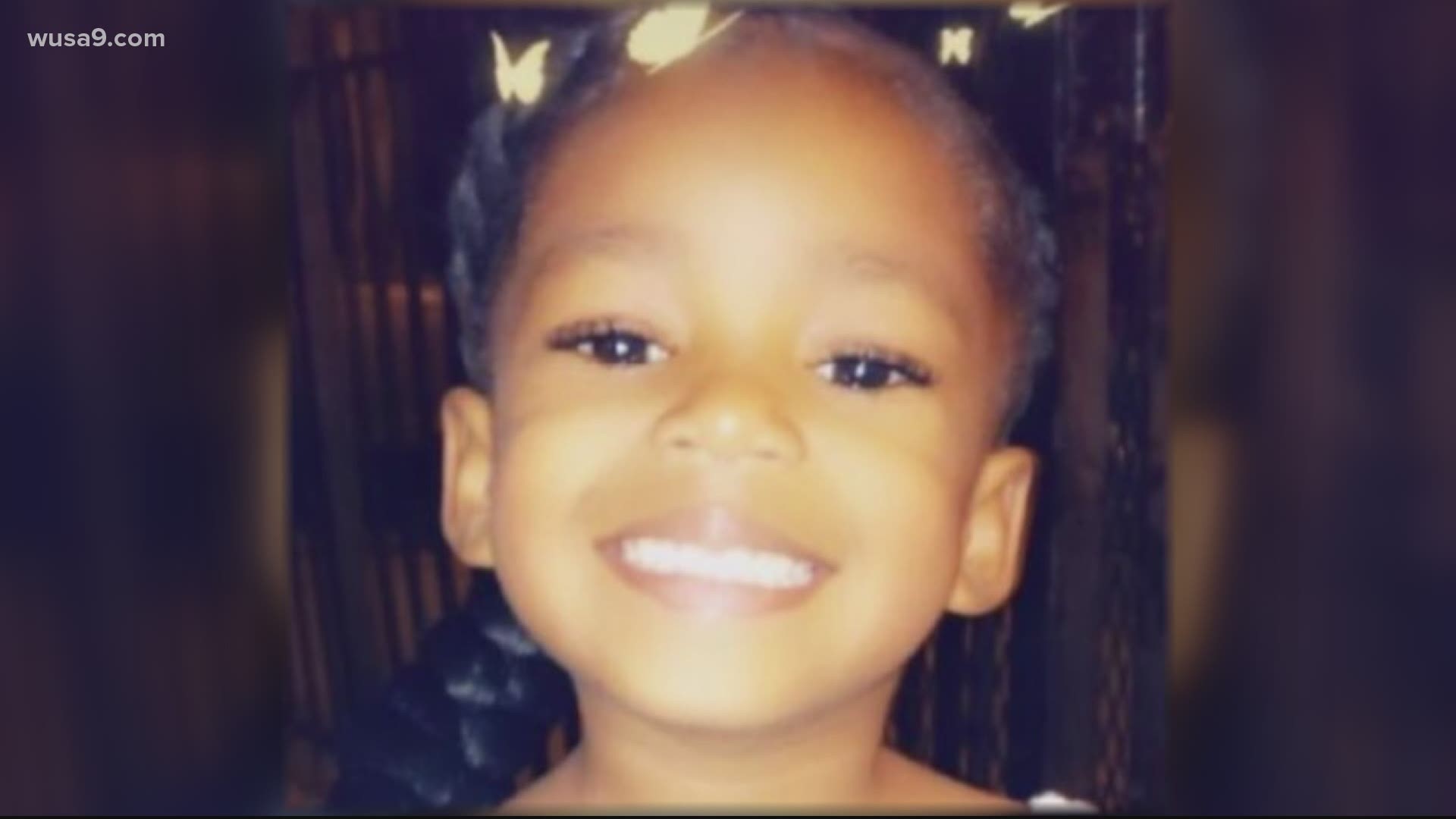 WASHINGTON — A muralist is working to create a place where people can honor and remember 6-year-old Nyiah Courtney after she was killed in a drive-by shooting at the corner of Martin Luther King Jr. Avenue and Malcolm X Boulevard on July 16.

Working from a photograph of Nyiah, Aniekan Udofia painted the mural of the young girl at 2929 Martin Luther King Jr Ave in Southeast D.C. He said the point of art is to be a form of expression and he hopes the mural will help the family as they mourn Nyiah's death.

"It's a wake-up call, in terms of the value of human life," Udofia said. "At the same time, it's something to remind the family of this young, beautiful girl that she'll never be forgotten.

Days after Nyiah was shot to death, the community marched for peace and change. As the group chanted, "Put the guns down! Pick the kids up!" Nyiah's uncle joined them at the growing memorial located at the intersection where she lost her life.

“My niece died in my arms," Darron Paige said. "Her mother seen her pass away in her face. My brother, he didn’t know what to do.”

DC Police said that they have recovered the vehicle of interest that may have been used in the shooting, described as a silver or grey four-door sedan.

The recovered car was found by police shortly after a press conference where Chief Robert Contee said the car was on fire when police recovered it in the 500 block of Eastern Avenue Northeast. Contee said forensic crews are going over the burned car to see if there are any leads into who may have been driving when the shooting occurred.

Police said that up to a $60,000 reward is available for anyone who can provide tips or information which leads to the arrest of the person or persons responsible. Those with information can call the police's Command Information Center at 202-727-9099 or text anonymously to 50411.

Some community activists welcomed the move. Store leaders say they're being used as a "scapegoat"