More mosquitoes in DC? Expert says it may come down to perception

Entomologist Dr. Floyd Shockley said it's hard to say if there's been an actual uptick, but there are steps you can take to keep the breeding bugs at bay. 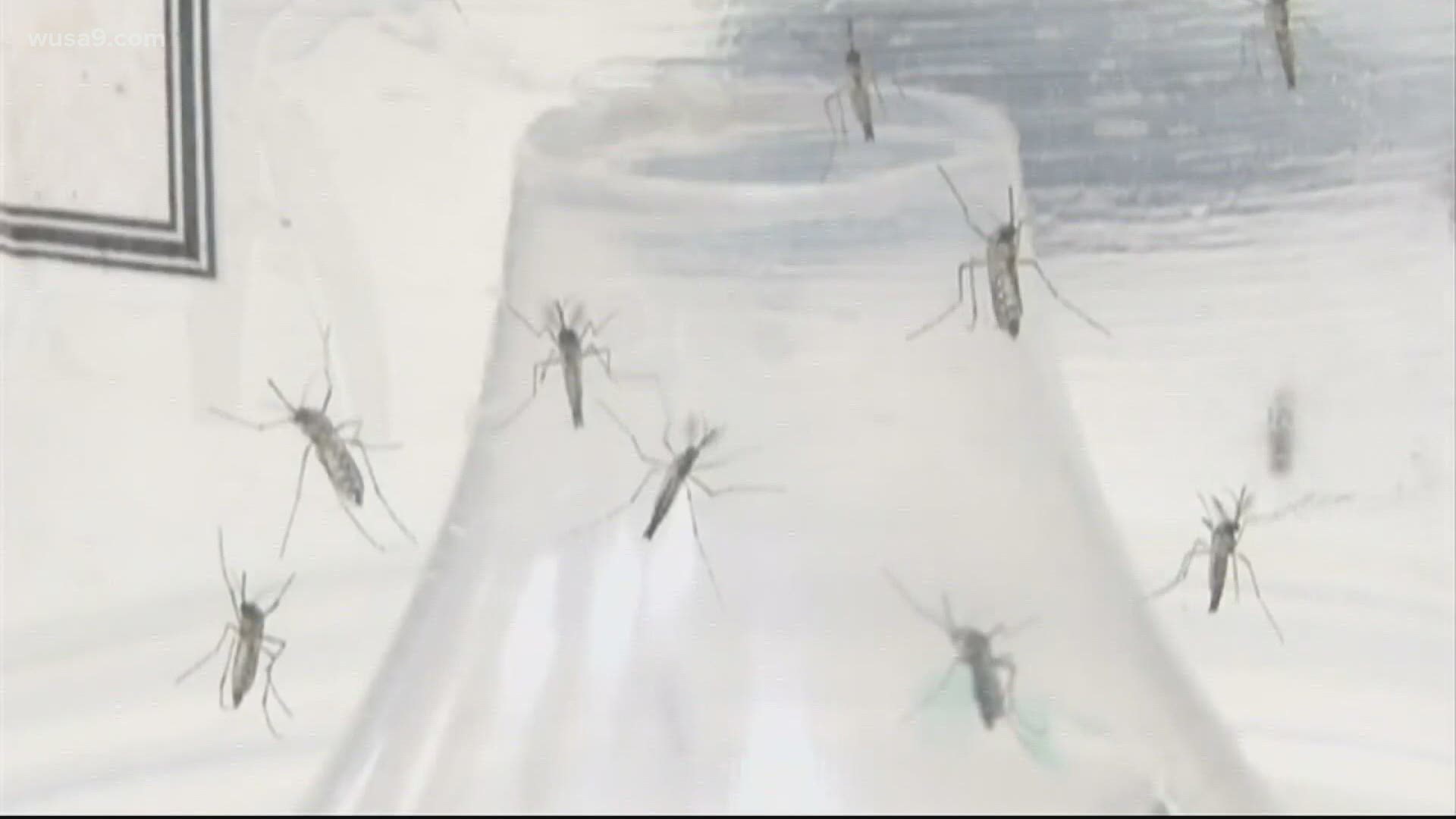 WASHINGTON — There’s been a lot of weird things going on this year, but one, in particular, has locals on social media talking.

It’s the mosquitoes and flies that many say seem to be swarming way more than usual in the D.C. area.

WUSA 9 reached out to the Collections Manager at the National Museum of Natural History’s Entomology Department to get some answers.

QUESTION: Is there really an uptick in the number of mosquitoes out and about?

ANSWER: Collections Manager Dr. Floyd Shockley said it's still too early to say for sure.

“We're still in the middle of the breeding season for mosquitoes . . . but I think people's perceptions are probably true.”

Dr. Shockley said this is due to two things.

Is it just me or are the mosquitoes in DC this year particularly brutal? Seems only fitting for 2020.

"Mosquitoes tend to do well and have additional breeding cycles when you get a relatively mild winter followed by a wet spring and summer and when temperatures increased very rapidly and stay above 68 degrees for a sustained period of time. And that's one of the things that we've noticed this year,” he explained. “The other factor that is probably playing a part in this is also just the perception of people. Because of the COVID lockdown, a lot more people are spending more time outside.”

Q: What about the number of flies?

He also said these conditions might present an even larger increase due to how common house flies breed. “They can actually breed very quickly, whereas mosquitoes take a few weeks to get through a lifecycle when it's warm and wet like it is right now. Several of the nuisance flies, for instance, complete their life cycle in a little over a week.”

Q: What can we do to keep mosquitoes and flies from lurking around us?

Dr. Shockley said that a common misconception is that mosquitoes are populous due to bodies of water, like a lake, that are miles away. “They're actually coming from within 500 to 1,000 yards of where of where you encounter them.”

He warned to be diligent about removing any standing water around your home.  “And this can be in places that you might not ordinarily think of,” he explained. “Yes, it's in birdbaths and the water reservoir is next to the house. But there are other places. Oftentimes when it's rainy like this, if you have pots outside that have a base around them, then there will be residual water that sits in that base and mosquitoes can breed in that.

He also suggested checking your gutters in particular. “If your gutters are blocked up at all, and they're standing water in the gutters, then they can actually complete their lifecycle there as well.”

He explained it’s especially important to focus on limiting trash when it comes to flies. “Most of the nuisance flies are attracted to garbage or decaying organic material,” he said, explaining that there might be even more trash build-up on city and neighborhood streets due to fewer collectors during the pandemic. “If it's sitting around a little bit longer, then then you're going to see more of those flies pop up in a given year.”