The product has been listed on Amazon since Sept. 21, 2018, and has no customer reviews...as of yet. 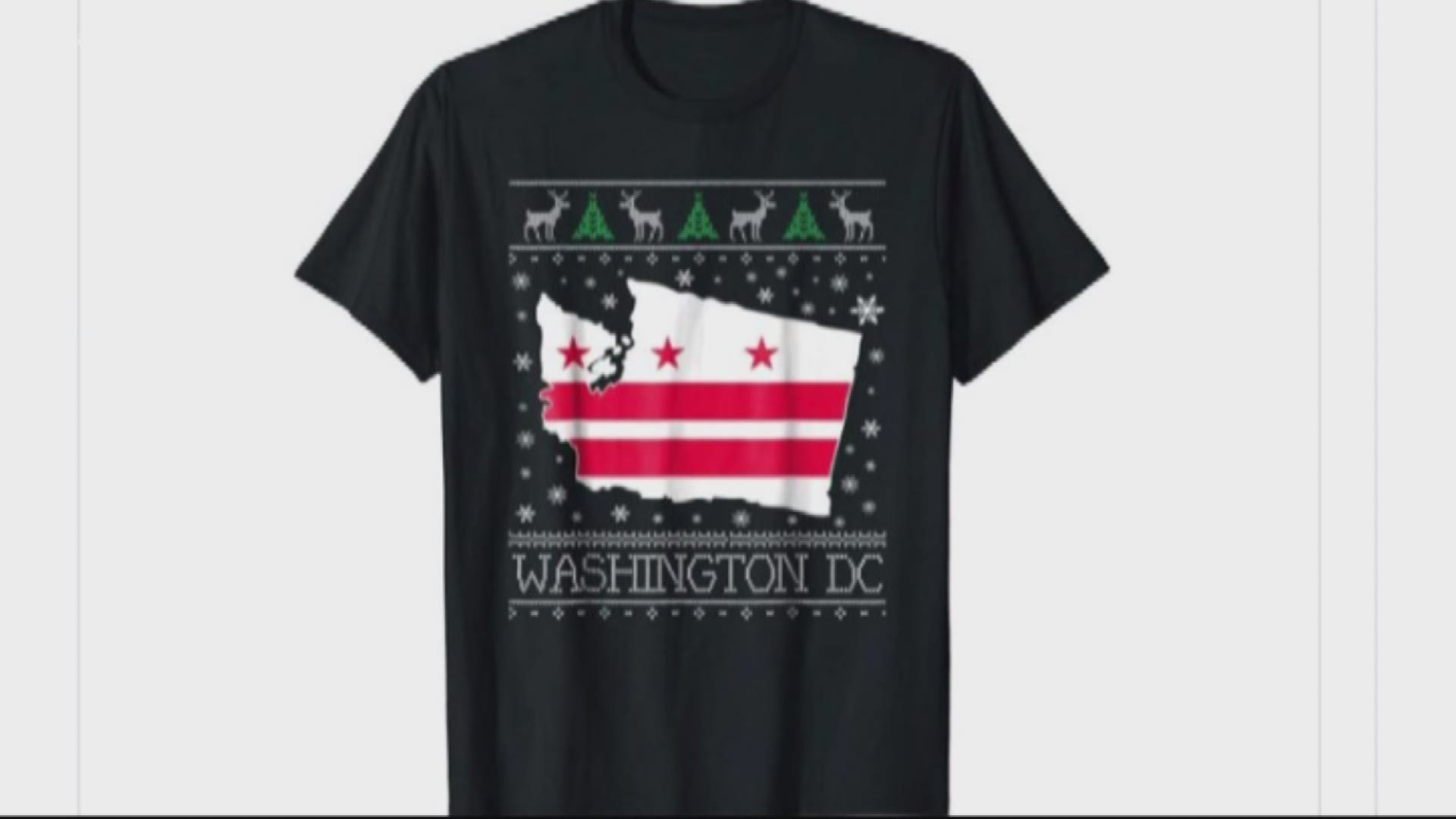 WASHINGTON — Amazon, one of the largest online retailers in the United States, is facing backlash on Twitter after customers shopping for ugly Christmas sweaters noticed something off about one of their Washington DC "ugly Christmas" sweater items.

The t-shirt portrays the state of Washington of the nation's capital. The item's description says, "Seasons Greetings From Washington DC" with the t-shirt featuring "a classic Washington DC State Flag image."

When someone came across the curious shirt on Amazon and tweeted a photo of it, the DC legislature decided to have a little fun with the error on their official Twitter account.

Others also began chiming in with their responses:

The product has been listed on Amazon since Sept. 21, 2018, and has no customer reviews...as of yet.

We've reached out to Amazon for comment on the issue and a spokesperson tells us that the product has been taken down as of Dec. 10, 2019.

Amazon recently received criticism earlier this month for “Christmas ornaments” and other merchandise bearing the images of Auschwitz that had been available on its online site. The move came after the Auschwitz-Birkenau state museum on Sunday appealed to Amazon to remove the merchandise, which also included an Auschwitz bottle opener and a Birkenau “massacre” mouse pad.

Walmart's Canadian website is also facing backlash after the company had been offering a unique sweater through a third party seller. The sweater, which is no longer being sold, featured a "bug-eyed Santa Claus seated in front of three white lines that appeared to be cocaine."

"These sweaters, sold by a third-party seller on Walmart.ca, do not represent Walmart's values and have no place on our website," Walmart told CNN on Saturday. "We have removed these products from our marketplace. We apologize for any unintended offense this may have caused."