In a worst-case scenario, helicopters bound for the George Washington University Hospital are forced to land near Nationals Park, with ambulances potentially stuck in 45 minutes of cross-town traffic. 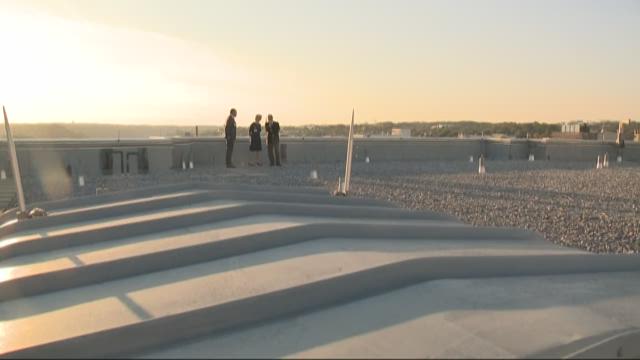 In a worst-case scenario, helicopters bound for the George Washington University Hospital are forced to land near Nationals Park, with ambulances potentially stuck in 45 minutes of cross-town traffic.

Surgeons and first responders fear patients wounded in area mass casualty situations could bleed to death during the wait time, all because new helipad construction has been banned since the 1980s in the heart of the District.

“We are a level one trauma center that can be ready for a situation like Las Vegas at a moment’s notice,” said Dr. Babak Sarani, director of the Center for Trauma and Critical Care at the George Washington University Hospital. “The problem is getting these patients here.”

The Washington Post first highlighted the concern for a G.W. helipad last month, in the wake of the mass shooting that seriously injured Rep. Steve Scalise and two Capitol Police officers.

But after the worst mast shooting in modern American history unfolded in Las Vegas Sunday, the push renewed to rewrite the city law barring G.W. Hospital from landing helicopters on its roof.

“It is a life and death matter,” Sarani said. “It’s not a question of if, but when it will happen here.”

A city law went into effect 30 years ago prohibiting the hospital from landing choppers within Foggy Bottom. Neighbors asked the noise to be declared a public nuisance, a sentiment that now appears to be fading.

Hospital officials said Monday they now have a handshake agreement with Foggy Bottom’s Advisory Neighborhood Commission to recommend a rewrite of the law. The proposal is then expected to be sent to D.C.’s city council.

Currently, only one other city hospital has a helipad serving level one trauma patients – MedStar Washington Hospital Center near Howard and Catholic universities.

“We’re cautiously optimistic we’re headed down the path to making this project a reality,” Sarani said. “And if we get the green light, we could have a working helipad here within 12 months.”