Sharell Dickerson says she has experienced the problem in her unit for four years, but her landlord has never successfully resolved the issue. 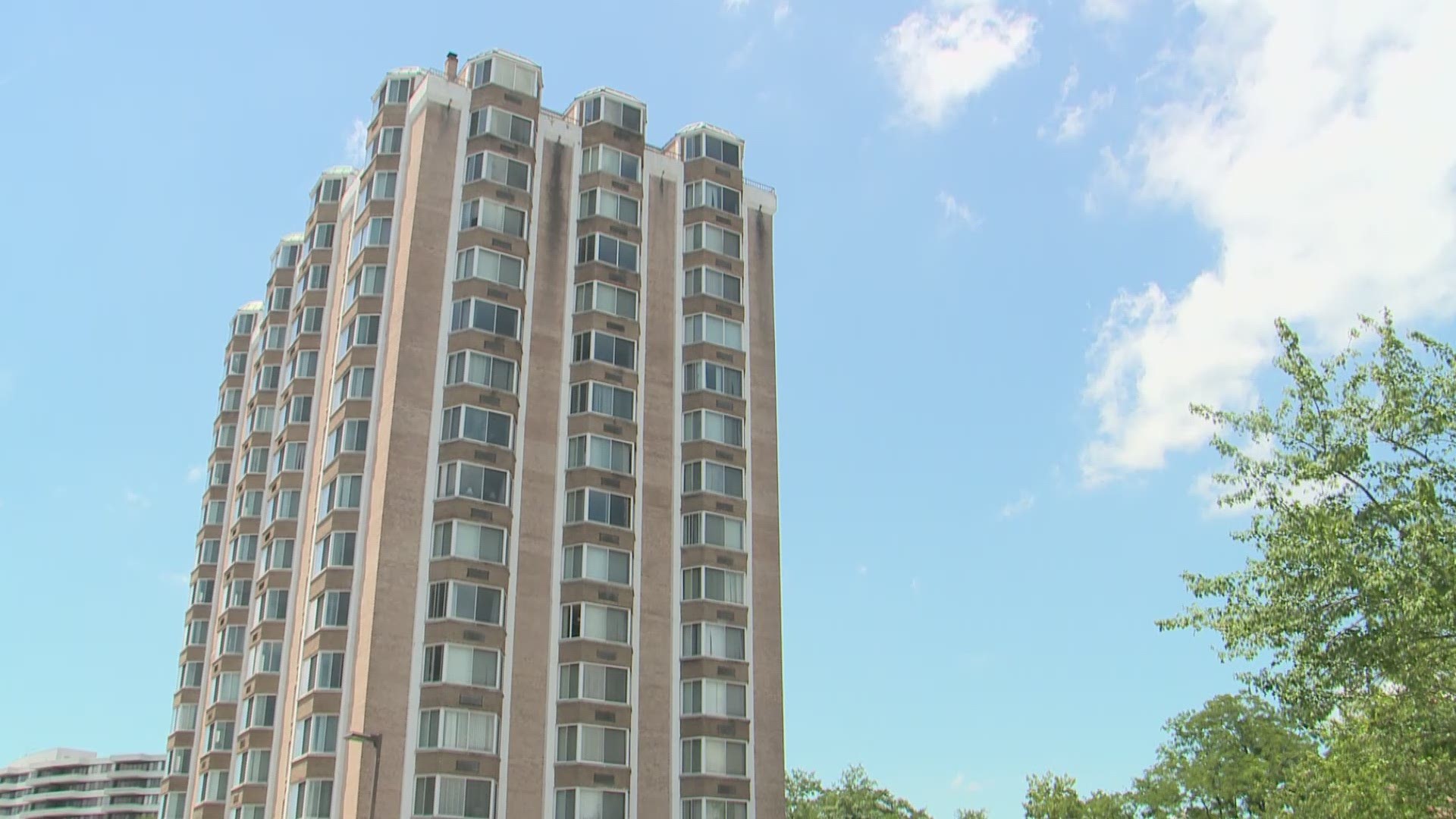 WASHINGTON — A Northeast D.C. resident says her apartment routinely measures gets hotter than 90 degrees inside every summer due to a faulty air conditioning unit that her landlord has yet to fix.

Sharell Dickerson lives in the Paradise at Parkside apartment complex off Hayes Street Northeast in DC. She said she has had to deal with sweltering temperatures inside her residence for the last four years.

On Tuesday evening, it was actually hotter inside Dickerson’s apartment than it was outside of its walls.

“This is what I go through every year,” she said.

Dickerson adds that sometimes the air conditioning unit will work for a few minutes before it ultimately begins to blow hot air into her residence.

“It’s cooler with it off because it blows out hot air,” she said.

The CT Group, a firm based in Laurel, Maryland, says on its website that it manages the Paradise at Parkside property in Northeast D.C.

Jay Duley, the property manager for Paradise at Parkside Apartments provided the following statement to WUSA9 regarding the air conditioning issues:

"We place the highest priority on HVAC issues and have continuously addressed them even during the COVID period. However, a few resident households had recently accidentally/erroneously contacted DCRA and the news, instead of contacting the rental office. We were provided the information for a handful of impacted households by DCRA and two news outlets, including WUSA9. Those units were inspected and a majority of those outstanding AC issues were corrected yesterday. At least one unit is awaiting parts and/or installation of a new unit which will be completed today."

However, Dickerson said she did communicate with the complex’s property managers on Tuesday.

She said they told her they would further investigate the problem soon.

But Dickerson said she had no faith the company would keep its promise due to its past failures at fixing the problem.

“They said they have to send someone over to do a deeper troubleshoot, but basically, what that means is you’re stuck with no air,” she said.

RELATED: Heat emergency declared for DC to start the week