Sixty fourth grade boys in Southeast, D.C. started their first day of school surrounded by 80 men, dressed in suits, lined up to the door, and cheering them on. 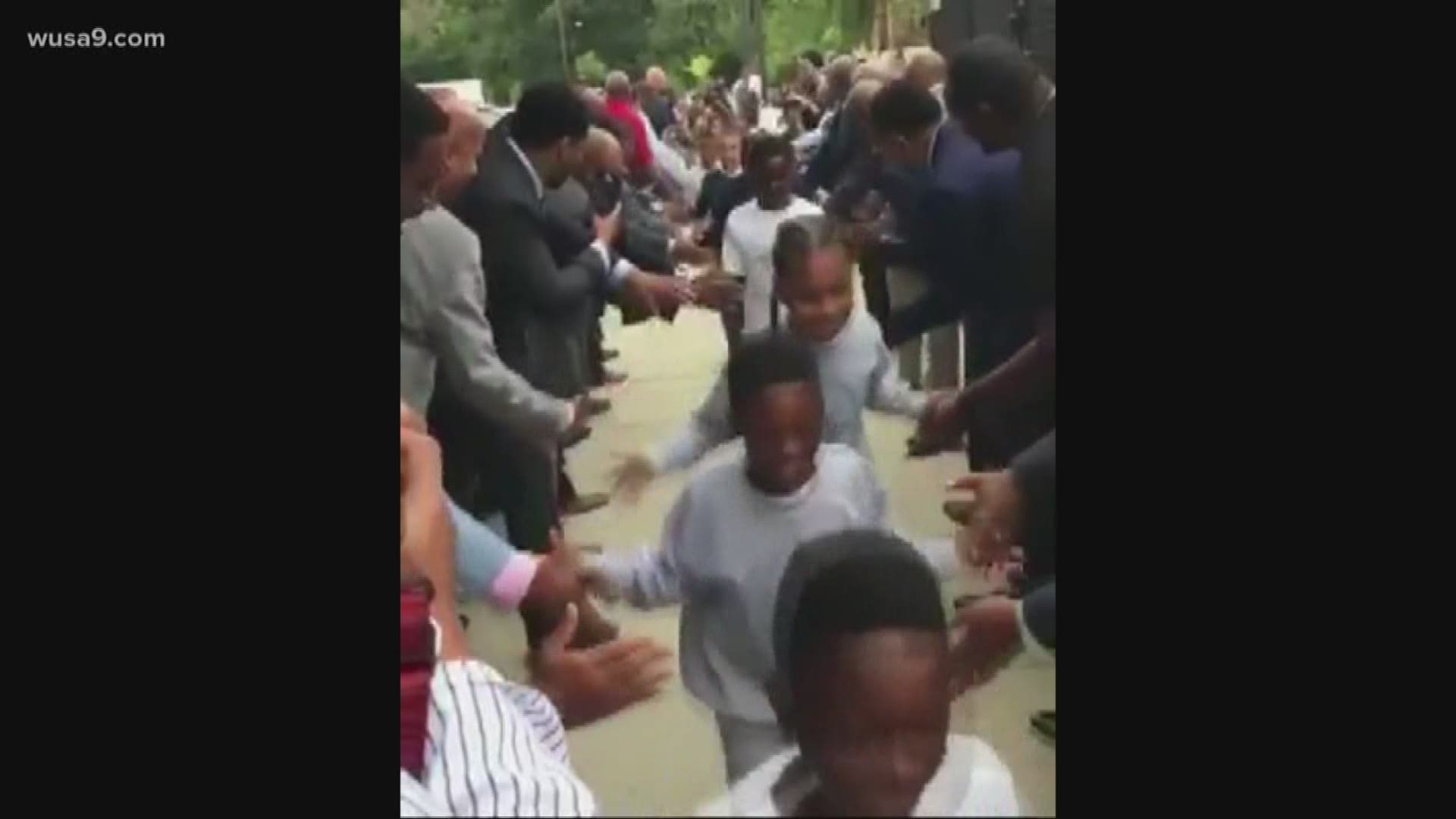 WASHINGTON -- Sixty fourth grade boys in Southeast, D.C. started their first day of school surrounded by 80 men, dressed in suits, lined up to the door, and cheering them on.

The cellphone video made its way around social media with many beaming at the outpouring of love and support.

“It warmed my heart and it affirmed for me this is the right work because these boys deserve it,” said Rictor Craig the Founding Director of Instruction.

“It made me feel like I wasn’t the only person at the school,” said 9-year-old Raheem Saalakhan.

He is hoping for a fresh start at Statesmen College Preparatory Academy for Boys in Southeast, D.C.

“Schools were calling everyday saying Raheem is being disruptive just because he's not focusing in the way you want him to focus is not the solution,” said Raheem’s mom, Danielle Creek-Saalakhan.

Recognizing Raheem needed more attention, his mother quit her government job doing real estate to be home more “so he wouldn't another young black boy labeled in this city or in society in general,” she said.

“These young men have made it clear that they need to see images of themselves,” said Founder and CEO of Instruction Shawn Hardnett.

But it’s not just what's missing at this school that keeps these young men focused, it’s who’s there on their first day and every day.

“Knowing that he doesn't get the attention from his father and you know people say a thousand times that single moms have it best, and I think I'm a great single mom, but young men need men in their lives,” said Danielle.

The charter school is fourth grade only right now with plans to expand in the future.