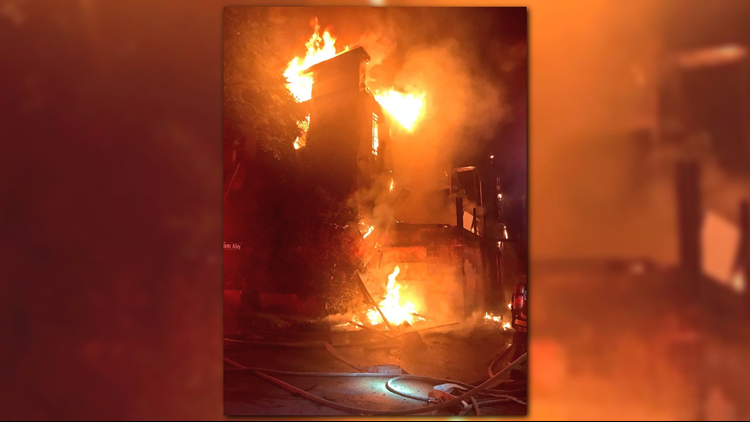 6 people, including family of 5 displaced after DC house fire

WASHINGTON -- Six people, including a family of five have been displaced after a heavy fire broke out at two, two-story row homes in the District early Monday morning.

The fire started in the 3000 block of 11th Street in Northwest near the rear porches and extended inside the homes and into the attics. There are no injuries at this time. Crews are working to determine the cause of the fire, fire officials tweeted.

Early video of 2nd Alarm Fire 3000 block 11th St NW. we anticipate a number of displacements from this fire. pic.twitter.com/ulyhgYJM0I

Radiant heat also ignited a roof line and cornice of a home on Columbia Road across the alley from the fire. Two residents from this home have also been displaced.

Fire officials have contained that incident and are extinguishing pockets of fire in the original buildings.

There is no additional information at this time. We will update this story as we learn more.