Two men are in critical condition, four others are expected to be OK after being shot in D.C. within less than four hours of each other. 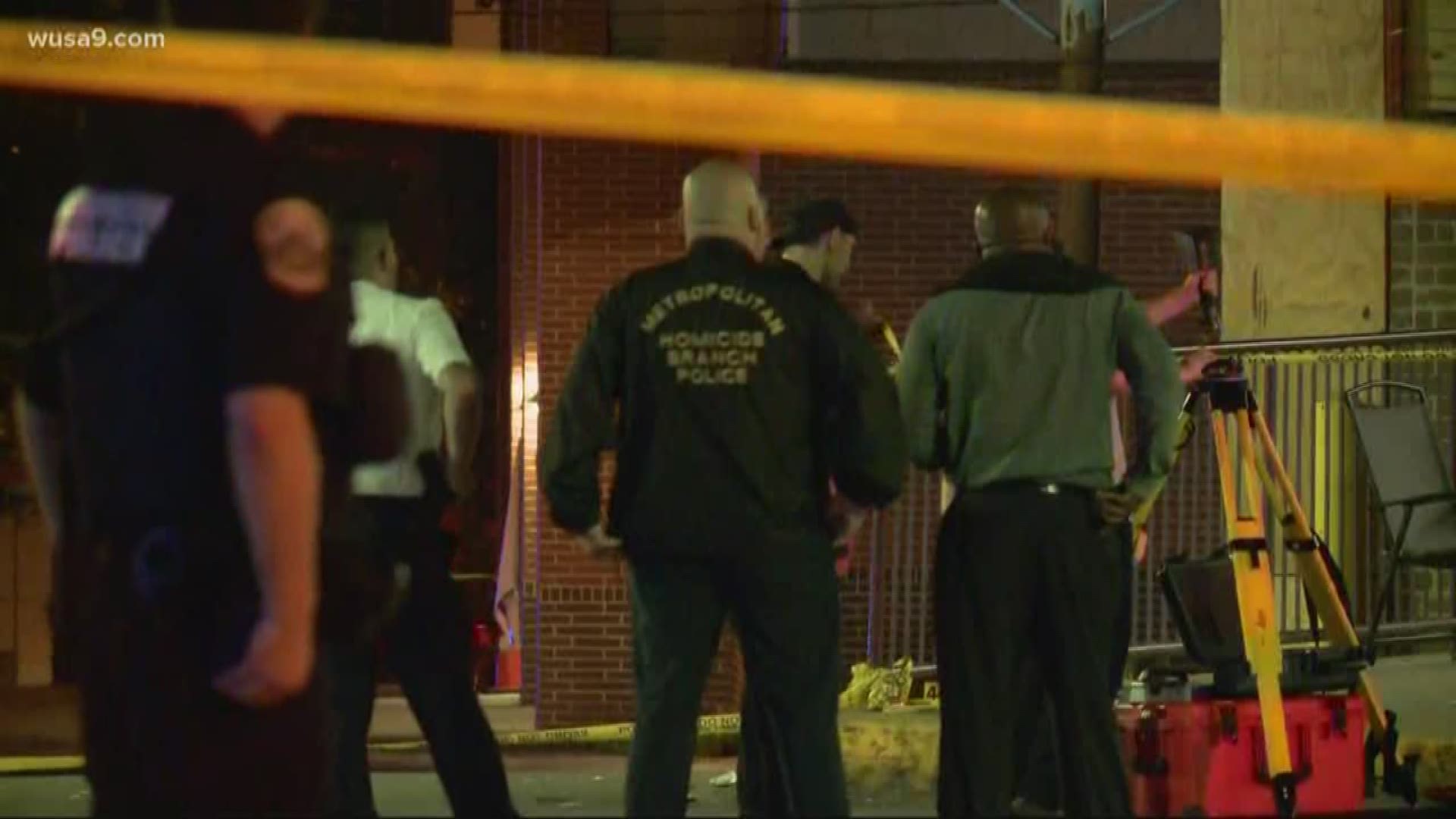 WASHINGTON — Police are investigating after six men were shot in three separate shooting in less than four hours in D.C. Sunday night.

It started around 8:20 p.m. when police were called to 3000 G street in Southeast, D.C. for a shooting. A man was shot in the arm. He was taken to a local hospital, conscious and breathing.

Police are looking for a male suspect who was last seen wearing a white tank top, black pants, a ski mask and armed with a gun. He was driving a beige Honda Civic sedan with tinted windows traveling southbound on Bayley Place in Southeast.

About three hours later, around 11:30 p.m., police were called to the 2800 block of 14th Street in Northwest, D.C. A man was taken to the hospital after being shot. He is expected to be OK.

Thirty minutes later, police were called to the 3900 block of Martin Luther King Avenue in Southeast for a quadruple shooting.

Four men were taken to the hospital after being shot. Two victims suffered life-threatening injuries and are in critical condition. Two others are expected to be OK.

The suspects were armed with handguns and last seen on foot heading south in the 3900 block of Capital Street in Southeast.

Anyone with information about this case is asked to call the police at 202-727-9099. Additionally, anonymous information may be submitted to the department's TEXT TIP LINE by sending a text message to 50411.