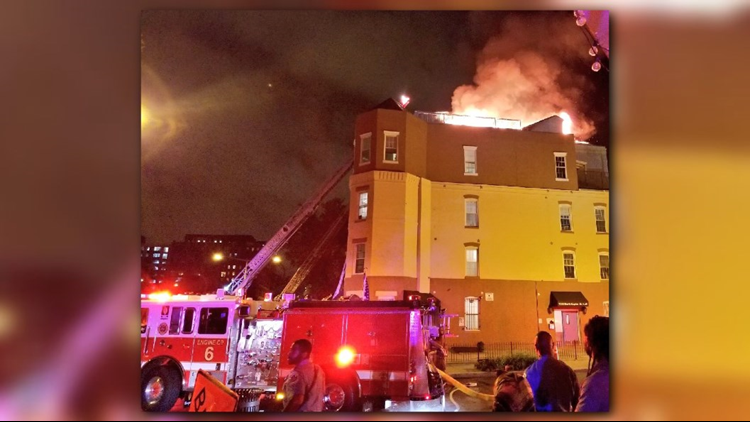 WASHINGTON -- Six adult and five children have been displaced after a fire broke out at a row house in Northwest D.C. Monday morning.

The fire broke out in the 1300 block of North Capital St., according to DC Fire and EMS.

When crews got to the scene fire was coming from the roof decks of two four-story row houses. Crews were able to out the fire and keep the flames to the rooftop areas.

Red Cross is helping six adults and five kids who were displaced by the fire. No injuries were reported.