Police said one of the victims was a 14-year-old boy who was shot in the chest. 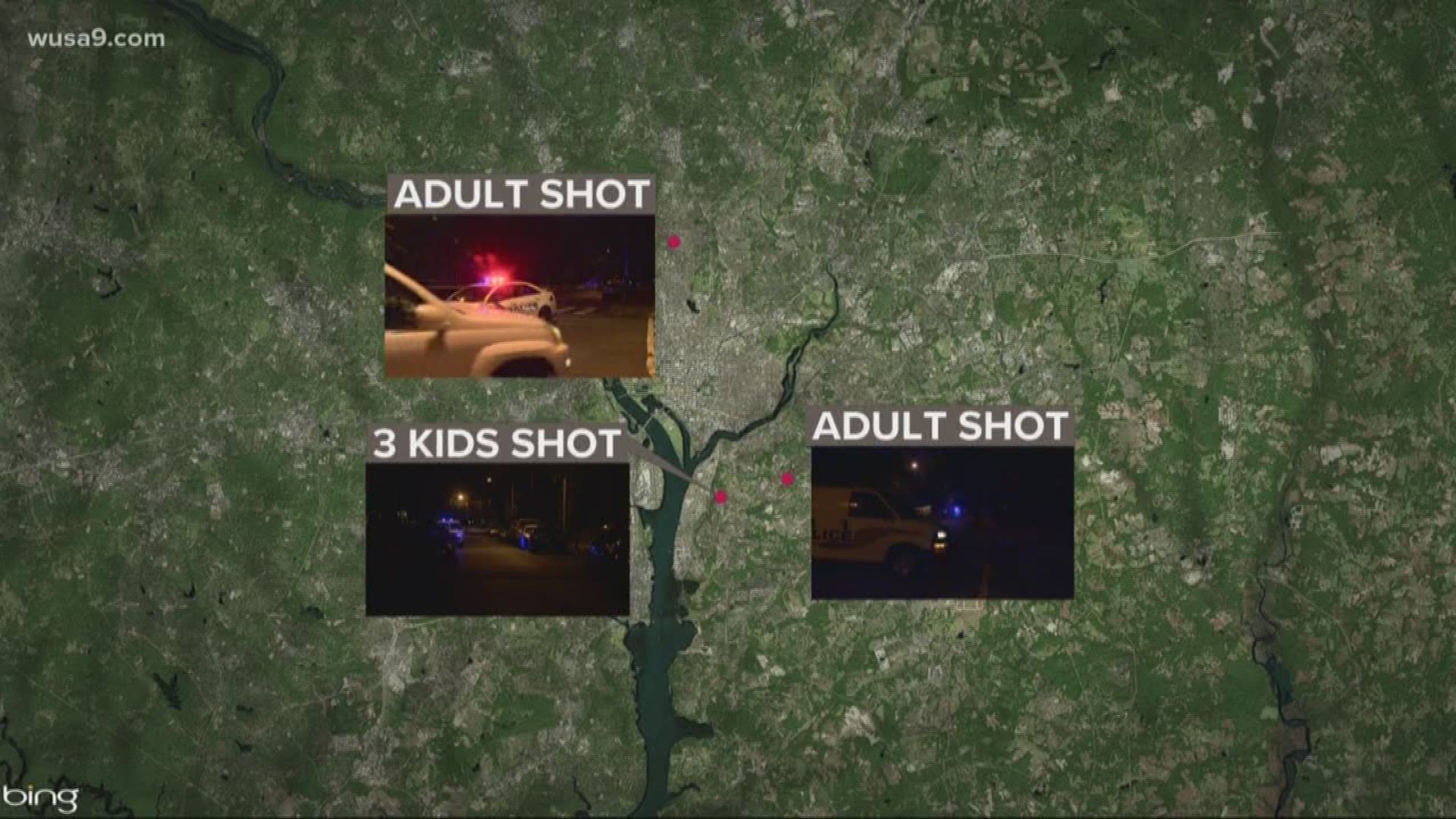 WASHINGTON — D.C. police are searching for the suspect(s) responsible for shooting three juvenile males in Southeast on Friday.

Around 6:09 p.m. officers responded to the report of a shooting in the 300 block of Parkland Place in Southeast. Police arrived to find the victims suffering from gunshot wounds. All three were conscious and breathing at the time. Police said one of the victims was a 14-year-old boy who was shot in the chest.

The victims were taken to a local hospital for treatment. Authorities are now searching for a brown vehicle seen leaving the scene traveling Southbound on Waclark Place.

Shortly after, two men were shot in two separate shootings in the District. The first shooting happened around 6:36 p.m. in the 3000 block of Buena Vista Terrace in Southeast. The victim is conscious and breathing, according to police.

Around 8:30 p.m. police were called to the intersection of Georgia Avenue and Farragut Street in Northwest for the report of a shooting. The victim, an adult male, was not conscious and not breathing when authorities arrived. He was taken to a local hospital for treatment. Police are looking for a green SUV last seen heading southbound on Georgia Avenue.

This week two other children were shot in D.C. within 24 hours of each other. Police found 16-year-old Steffen Brathwaite shot to death on 24th Place Southeast.

The second teen was shot in the arm on Valley Avenue just over two miles away -- he is expected to survive but police are still searching for the person who shot him.

RELATED: 16-year-old shot and killed one block away from DC police station

Authorities are offering a $25,000 reward for information in Brathwaite's death.