The incident came after a mostly peaceful night of protest activity around D.C. 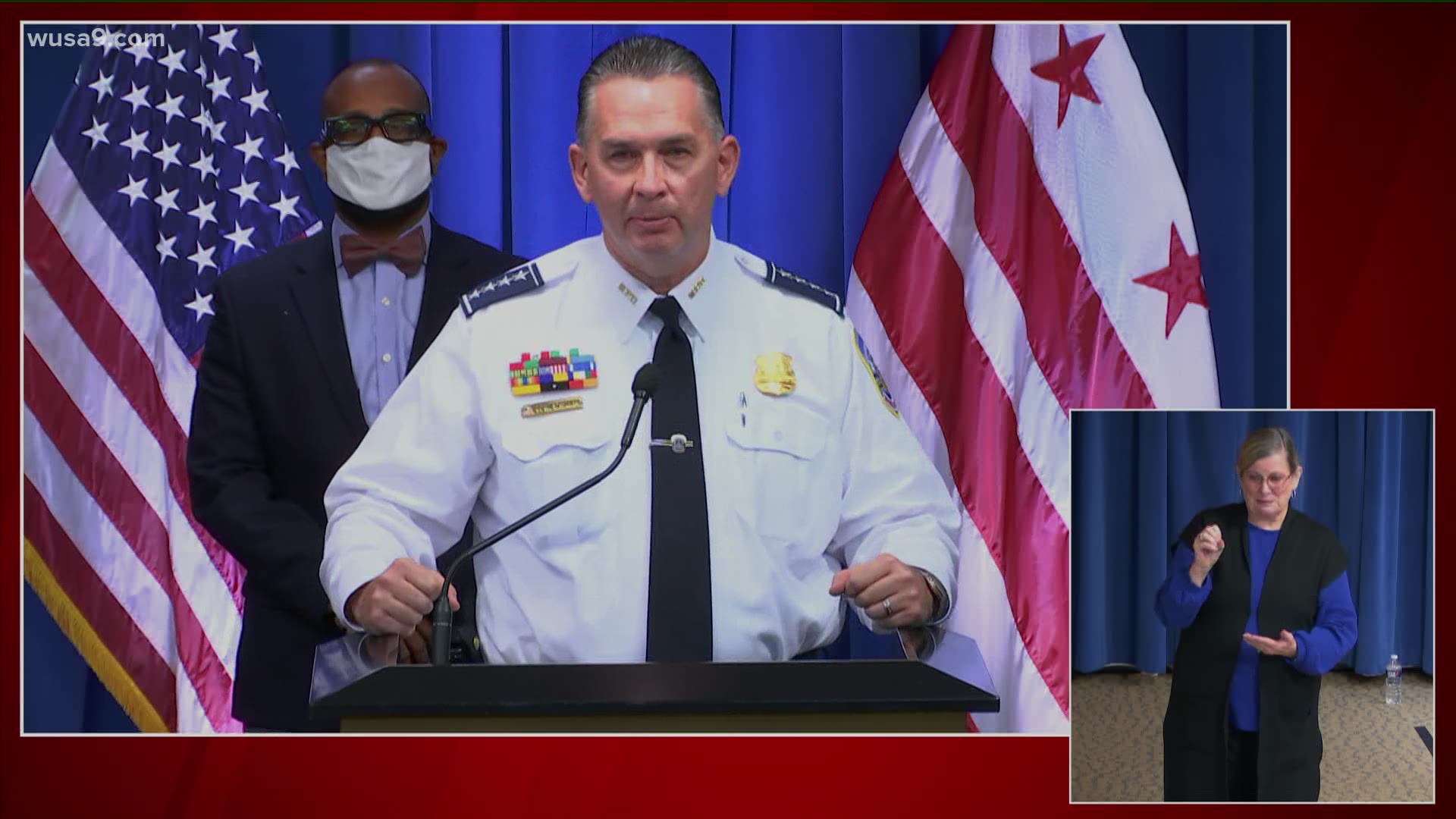 WASHINGTON — Editor's Note: An earlier version of this story cited a preliminary police statement that identified two rival groups as those involved. Police have since clarified that they do not know whether the suspects and victims are affiliated with protest groups.

Three people were stabbed early Wednesday morning in Northwest by three suspects, according to D.C. Police.

The stabbing happened in the 1400 block of New York Avenue, two blocks from the White House, around 2:25 a.m., police said. Two adult men and one woman suffered minor injuries.

D.C. Police Chief Peter Newsham said in a news conference Wednesday morning the information police initially released about the stabbing was preliminary. He said police have no information on who the suspects are affiliated with and that they interviewed the victims at the hospital.

"After more extensive investigation with the victims of the crime, we don't know who (the suspects) are affiliated with," Newsham said, noting the victims had been very cooperative.

Newsham went on to say he didn't feel like tensions were high on Election Night in D.C. Three arrests were made during a mostly peaceful night of protest around the White House and Black Lives Matter Plaza.

Officers are currently looking for the three stabbing suspects. Police said one suspect is described as a black woman wearing black sweatpants with a white stripe, orange leggings and a dark gray coat, armed with a knife.

The events leading up to the stabbing remain unclear, with Chief Newsham saying they did not know motive.

If you have any information on the stabbing or incident, police ask that you contact them or call 9-1-1.