Police officers walked into someone's fenced in backyard and began searching with no announcement, no explanation and no warrant. 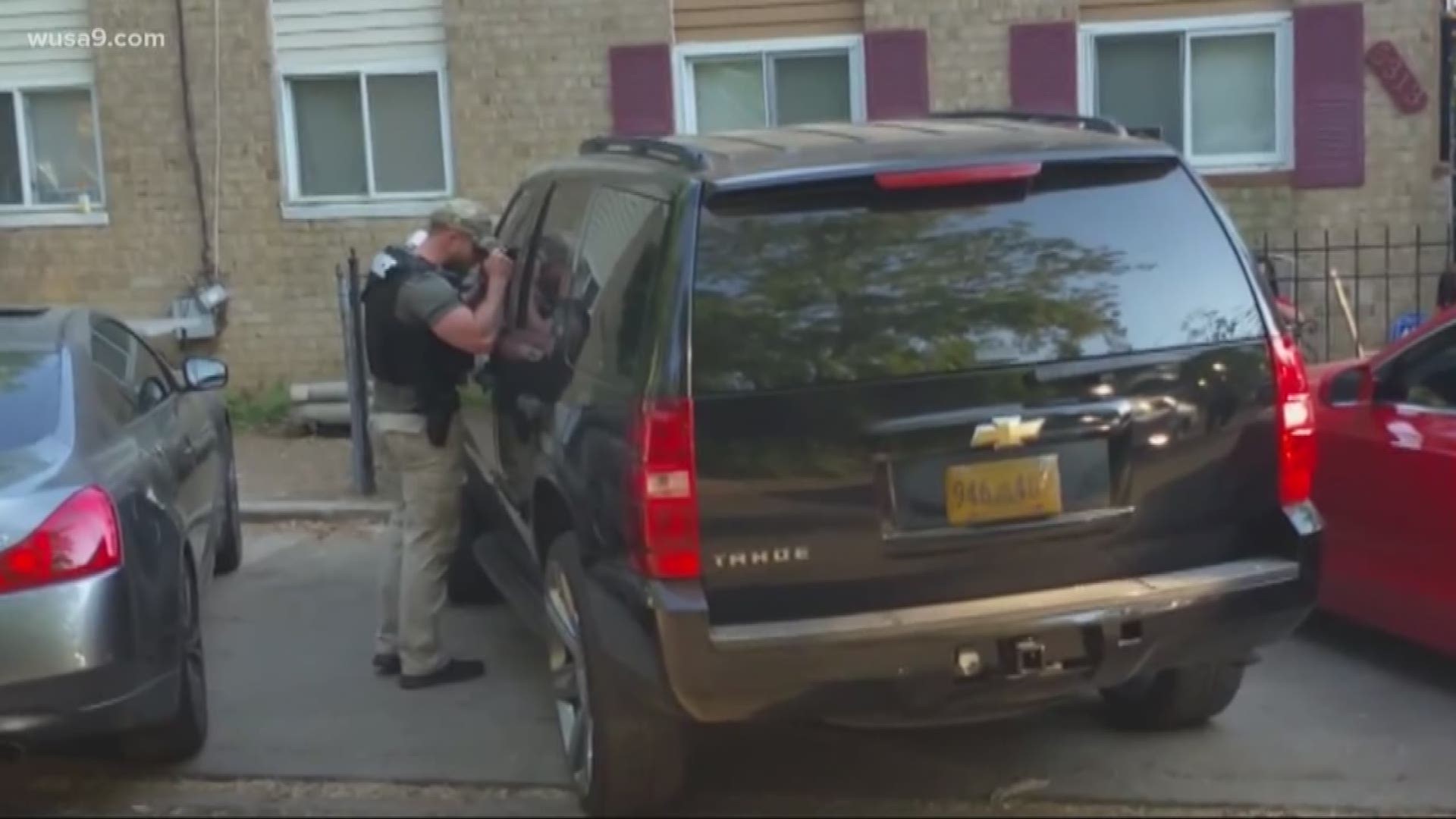 WASHINGTON -- Two DC police officers are under investigation for a questionable search that was caught on camera.

The search was caught on cellphone video and starts with an officer peering into a car window, then he makes his way into a backyard.

“You got a search warrant? No one gave you permission to go back there,” said the man behind the camera.

“They can go into the yard,”responded an uniform officer off camera.

The cellphone then turns towards that officer.

“You said they can go into the backyard? That's private property,” said the man recording the cellphone video.

The man behind the camera is Jay Brown, the uncle of Jeffrey Price.

Price is the 22-year-old who died in early May when his illegal dirt bike collided with a police cruiser in Northeast.

The family is suing because they believe police caused the crash by cutting off the bike.

“Unless you have a warrant, I don't want you in my backyard,” said Price’s mother on the video as she follows the officer into the backyard.

The search happened at Price’s home just days after his death.

“Can you tell us what you're looking for," his uncle asked. Officer Gupton responded with “no."

“It just further traumatized the family,” said Jay Brow. “Right now, we’re in fear for our lives just because of the police.”

Police now confirm to WUSA9 that Officers Whitehead and Gupton are under investigation. Both have been removed from MPD’s Gun Recovery Unit (GRU), but they are still on patrol.

Chief Newsham on stand for 2+ hours admits officers who conducted this backyard search were wrong not to communicate with family. Now both removed from Gun Recovery Unit but still on patrol in 6D & 7D pending investigation @wusa9 pic.twitter.com/q4fC9SrsEa

The last time we reported on the GRU was a June 13 stop and frisk on Sheriff Road in Northeast, D.C. The cellphone video ignited tensions in Deanwood and sparked a brawl about a week and a half later.

“There will be no trust in the community unless we have some type of change in the way our police are operating in our city,” said Brown, “because right now they're conducting themselves like a lawless gang with no supervision.”

The family threatened to call to 911 because the officers searched the backyard without giving them any answers.

“This is pure intimidation and harassment,” said Brown behind the camera.

A police spokesperson said the officers thought a suspect ran through the area and dumped his gun.

But if that was the case, shouldn't people nearby, especially children who were present, be told? Police agreed and told WUSA9 "supervisors will address this communication failure with them."

Meanwhile, the family is filing suit with the ACLU.

“The two officers need to be criminally prosecuted because they used their badge to deprive me and my sister and my niece of our civil rights,” said Brown.

It is still unclear if the officers under investigation are no longer on patrol.