The incident happened at the River Heights Condominiums in Southeast. 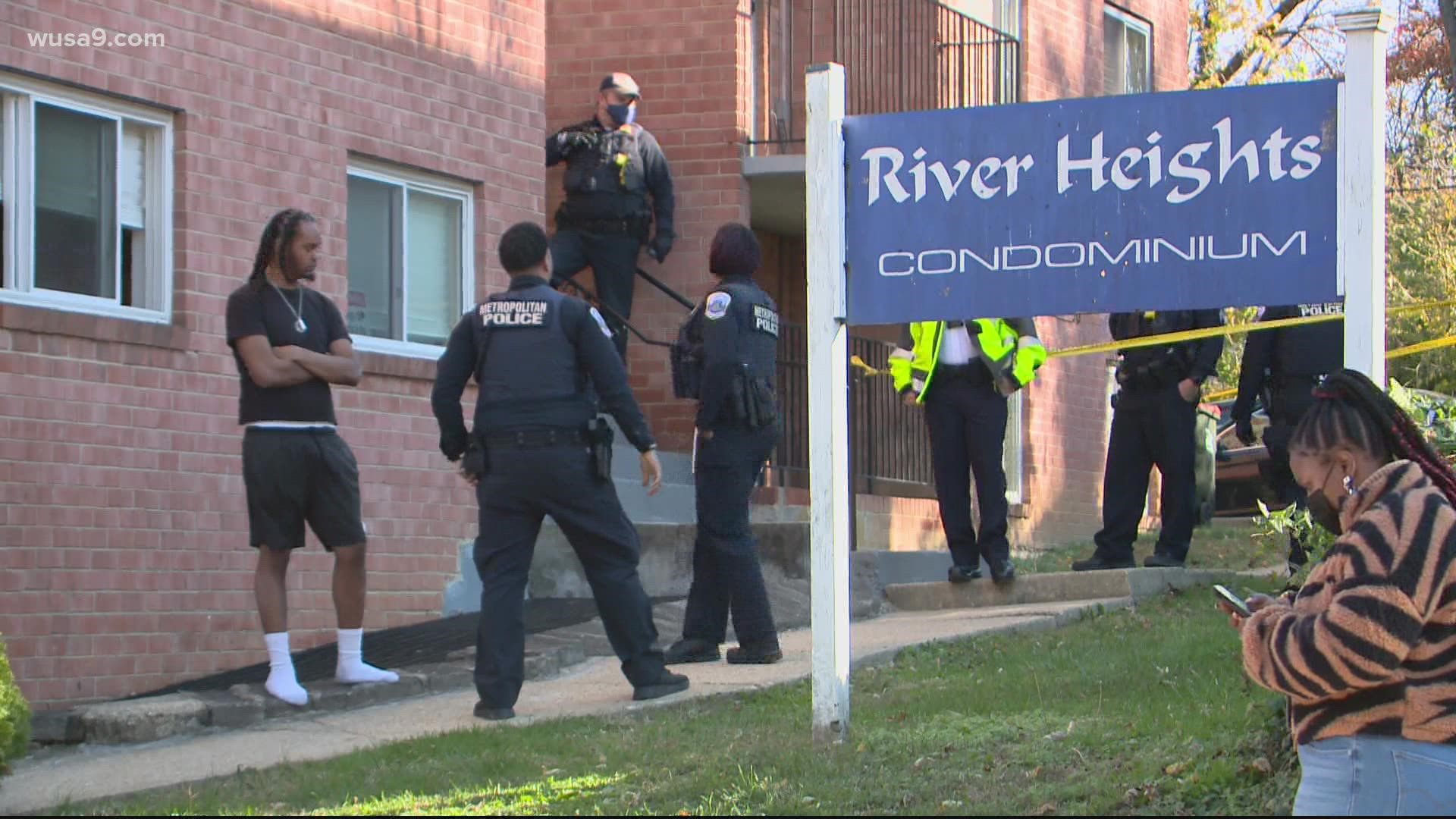 WASHINGTON — An 18-month-old boy has lost his life in his Southeast, D.C. home the day before Thanksgiving.

Police said the incident occurred around 1 p.m., inside the River Heights Condos on Chester Street near Downtown Anacostia.

DC Police Chief Robert Contee said it was too early in the department's investigation to say whether the child died of a self-inflicted gunshot wound. However, Contee did say someone should be held accountable for the child's death.

“This child has lost his life as a result of someone’s either carelessness or recklessness," Contee.

Family members wailed in grief when they heard the news the boy did not survive his injuries. Contractors were working on a home across the street and heard the cries for help.

“We heard a gentleman run out the door saying, ‘my baby’s been shot someone call an ambulance,” recalled Brian Poling. “So I called the ambulance right away told them where to come.”

While Poling was on the phone, his coworker ran across the street to attempt CPR.

“This is something I’ll never forget until the day I die,” added Robbie Cumberland. “When I ran in there I was a little afraid for my life because I didn’t know what I was walking into but, I don’t mean to say too much, but when I walked through the door I saw the woman holding a lifeless baby but I wanted to do CPR and I saw the blood coming from his mouth and I started shaking.”

"He didn't even experience life yet" | Tawanda Barber says the 18-mo who died in Anacostia today was her grandson: King Legend Patterson. (@wusa9) @deliangoncalves https://t.co/ofLgnij3KJ pic.twitter.com/y175OMdO7P

A man began kicking the windows out of a car parked outside the building shortly after the shooting happened.

Chief Contee told WUSA9 the car is linked to the investigation and the owner of the vehicle is being questioned.

“It breaks my heart that we have to stand here on eve of Thanksgiving,” said Chief Robert Contee, “you heard relatives crying out in despair because a child lost his life either because of someone’s carelessness or recklessness either way it’s unacceptable.”

The Chief said at least one relative, possibly more, was in the home with the child at the time.

Tawanda Barber identified herself as the grandmother of the 18-month-old child at the scene of the shooting. She said his name was King Legend Patterson.

“He had a big, bright future ahead of him," she said.

Barber added her family had been devastated by his death.

“He was just a perfect kid, just a baby growing up," she said. "He didn’t even experience life yet.”