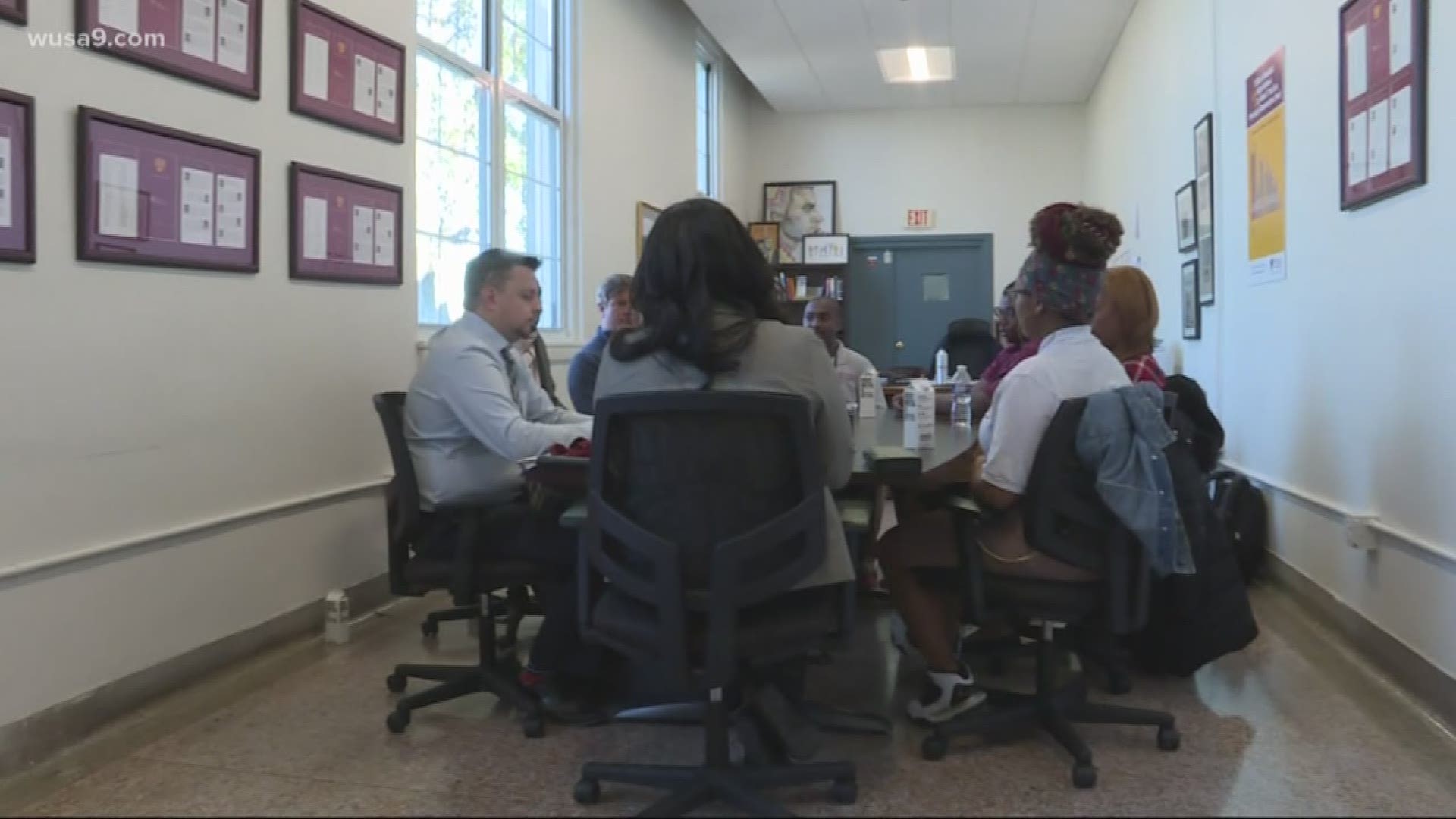 WASHINGTON — Thurgood Marshall Academy was forever changed in 2017 when 16-year-old Zaire Kelly was shot and killed in a robbery attempt. The star-athlete and stellar student was 300 feet away from his front door when he lost his life, returning home from a college prep course.

Kelly's senseless death changed Thurgood Marshall and what education looks like for its students.

"It kind of puts a strain on me sometimes, because I know any given day anything can happen," Robert Ottey said.

Ottey is a junior at Thurgood Marshall Academy in Southeast D.C., and started at the school after Kelly was murdered. But Ottey said knowing Kelly's story affects all the students at Thurgood.

"My friend's friend got murdered, and I have been trying to help him," Ottey said, adding that his boys got his back, "They just invited me to a group chat last night and they said, ‘I can't lose any of y'all, so go straight home after school if you can.'"

The increased violence in the District means teachers are not only tasked with educating their students, but keeping them alive to see graduation.

"My teachers have been very supportive, working with not only me, but my mom," Jamiah Lewis said.

"When they come to Thurgood Marshall, they are in a safe space," teacher Tisha Tyson said.

Thurgood is far from the only school in the DMV struggling with violence. IDEA Public Charter School in Deanwood has also lost students to violence.

Both schools have earned Empower K12's Bold Performance Award, for being bold enough to not only educate, but support and love on students who need it most.

While educators are stretched thin and need more resources, they continue their work to help these students cut through the noise and reach for their goals.

“There's still a way to go,” IDEA Principal Nicole McCrae said. "So it's not just a school concern but it's a community, it's a district concern."

As for Robert Ottey, he's not destroyed by the violence, rather motivated to do his best and keep Zaire Kelly's legacy alive.

"I have a burden on my shoulders to succeed for him," Ottey said. "Even though I didn't know him like that."

RELATED: At-risk students in DC don't have access to the schools they need, according to new study