Considering a second child in DC? You may need a second job, too

New reports show the District is one of the most expensive places in the country to raise a child. 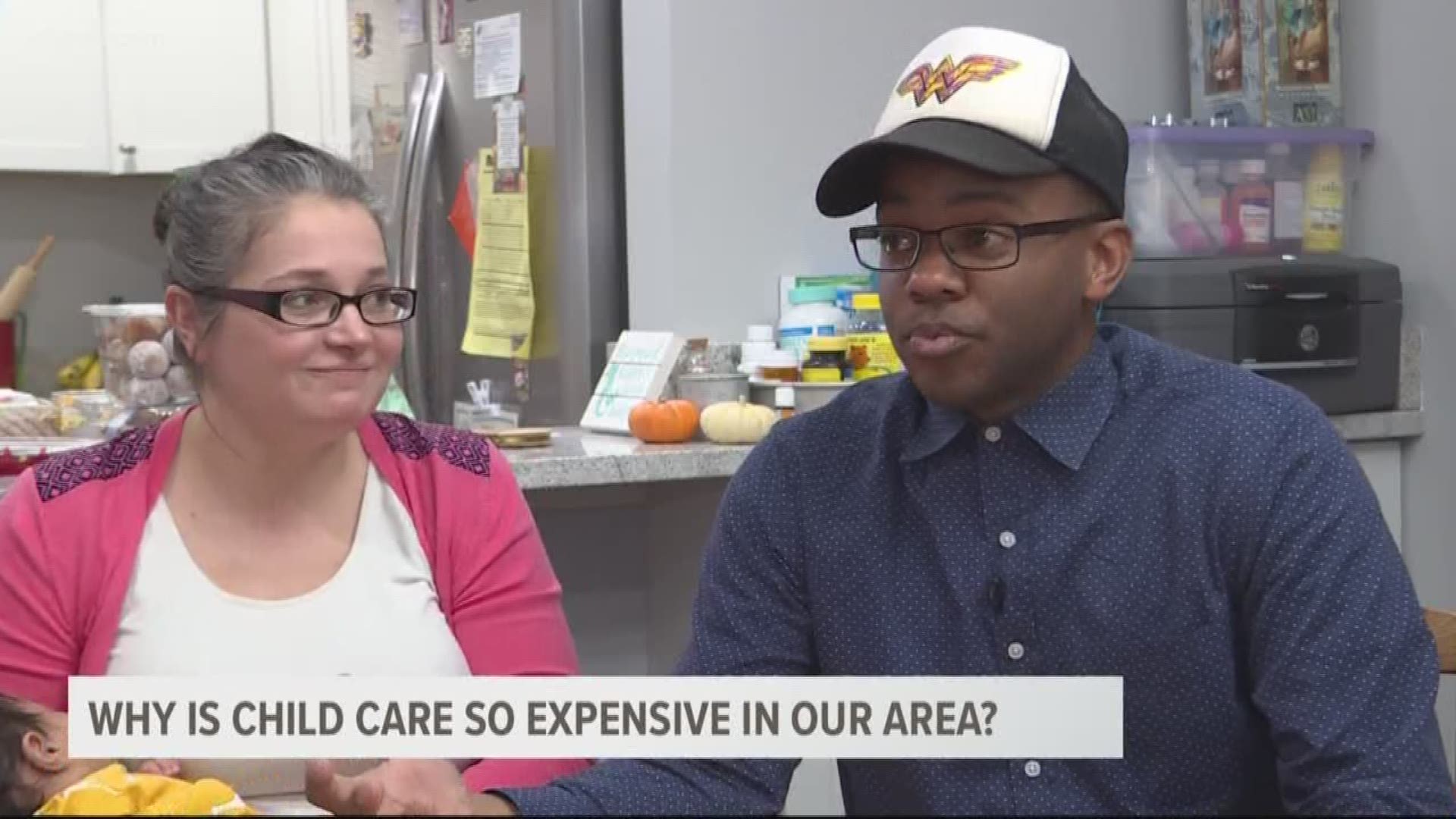 WASHINGTON — By the third child's arrival, you might think parents have seen it all. But that's not the case for Jermaine and Brandi Walker.

Well-versed in raising children, they have a new wrinkle to deal with: finding affordable child care in Washington, D.C.

Micah, the newest Walker, was born a few months ago. The Walkers started planning for childcare well before that. The best solution they can afford is a patchwork childcare system.

"I basically have asked to work from home Monday, Wednesday and Friday," Jermaine said, "then go into the office Tuesday and Thursday. So that way we will have someone basically here. Brandi has been trying to manage her schedule so she will be able to be here on Tuesday."

"What we ended up with is a gap day on Tuesday where we aren’t sure what we are going to do," he said.

According to the Economic Policy Institute (EPI), D.C. is one of the most expensive places to raise a child in the United States.

If you're wondering why D.C. is so expensive for childcare, it's a trickle-down effect. The price tag of real estate and facilities creates a huge operating cost for daycare facilities. That's before you factor in the cost of employees.

Love is the director of SPACEs in Action, a community group that helps families with finding affordable early childhood development solutions. Her group also lobbies for the District to create subsidies for low-income families. The current program is called 'Birth to 3 for All DC.'

Last year, the city allotted $15 million for childcare costs. This year, the group will ask for $50 million.

"The reason it is so important is we need to make sure there is a continual increase in making sure that Birth to 3 for All DC is [actually] for all D.C.," Love said.

Would subsidies work to bring down costs?

In Australia, childcare costs have plagued the nation’s economy for years. Recently, the Australian government started subsidizing the costs.

However, the cost now falls on the taxpayers. Australian taxpayers, on average, pay $3,000 more each year than Americans.

That brings the Walkers back into perspective. With their current income, they don’t qualify for the D.C. subsidy program. That's why, when their respective leaves end, they will have a piecemeal approach.

"So we are actively trying to figure it out," Jermaine said.

The personal sacrifice by parents is one of the unintended costs of expensive childcare in D.C.

"We have to figure out Tuesday for Micah," Jermaine said. "That’s the best we can do with what we had. We are just waiting for the other shoe to drop."