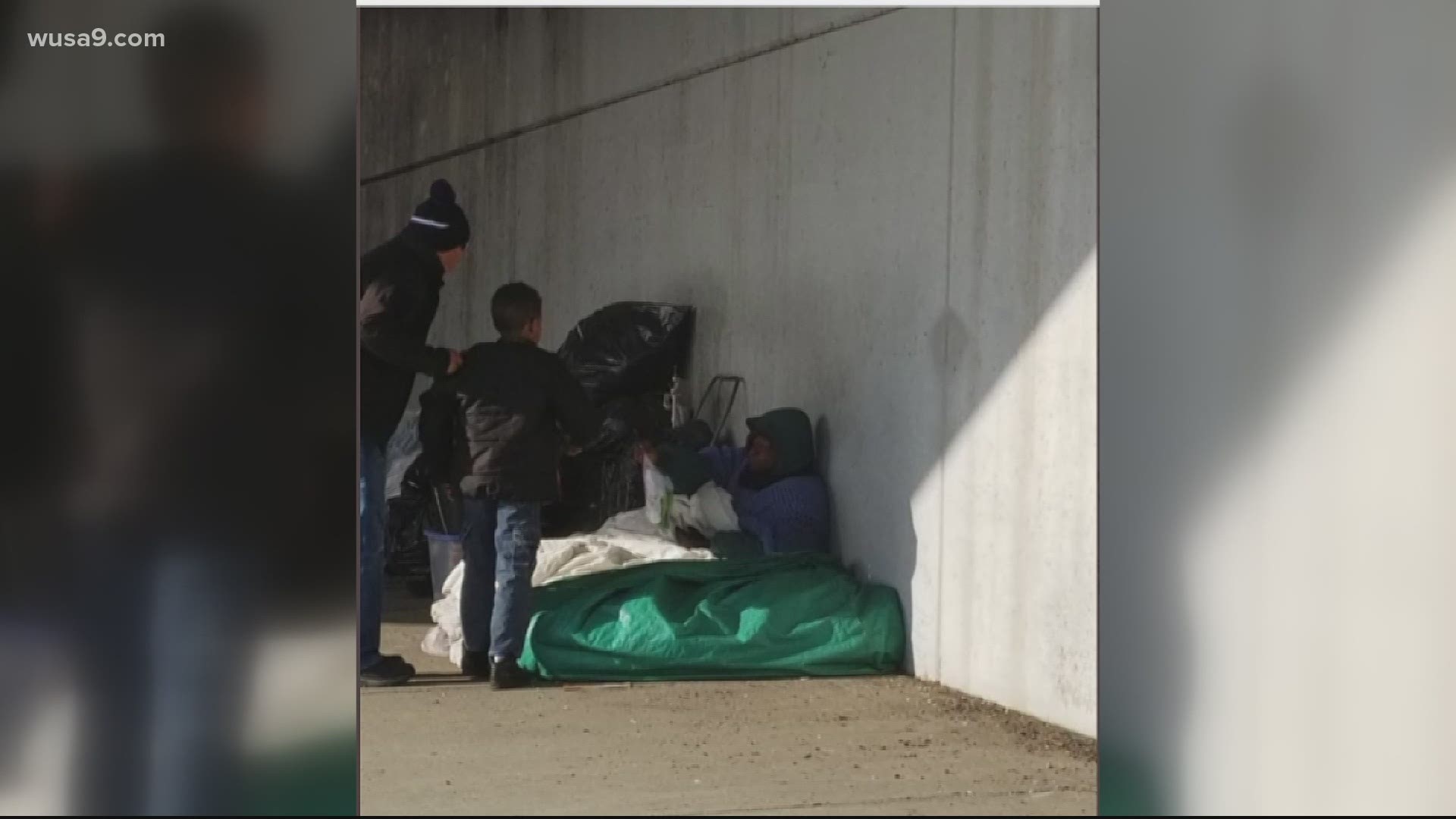 WASHINGTON — As District residents purchased ice melt and shovels for the winter storm, one family was mourning the loss of their loved one who died in the elements.

Angela Hill, 58, lived under the I-295 overpass on Pennsylvania Avenue, SE for nearly 10 years, according to her family. She passed Wednesday morning.

D.C. Mayor Muriel Bowser said in a Thursday news briefing that the cold contributed to her death. Family members said they tried desperately to get her off the streets.

"I was the first to get to the scene and talk to the detectives," recalled her first cousin LaShaunda Hicks, "I saw her and I know she met her Lord.  This is a difficult time for the family, we lost 4 family members in the matter of 2 months."

Hill is a native of Southeast D.C. She shared a home with her mother just two blocks from the Sousa Bridge, where she ultimately spent the last decade of her life.

WUSA9's Delia Gonçalves broke the news on Twitter Wednesday afternoon. Many neighbors responded with broken hearts, recalling memories of stopping to talk with her, drop off food or toiletries and their efforts to get her shelter.

Sad news to report for my @HillcrestWard7 neighbors. The woman living under the 295 overpass on Pennsylvania Ave. SE passed this morning. Many helped over the years. DC - Please check in on your homeless neighbors. @DCPoliceDept @TheAdvoc8te #RIPMsHill @DCHumanServ @wusa9 pic.twitter.com/58c06J8JUS

Hill was a familiar face to many who lived East of the River and traveled on Pennsylvania Avenue. Neighbors, city leaders and relatives all tried to get her off the streets over the years. In severe weather, city workers would manage to get her into a hypothermia shelter but she quickly returned to her spot under the bridge.

"She wasn't just the lady under the bridge," Hicks said. "She had a family that loved her and we still do."

Hill had two grown children and two grandchildren she sadly never had the chance to meet. She was only 58 years old.

The community has rallied around the family after learning of Hill's death. A vigil is planned for Saturday at 4:30 p.m. at the overpass.

A GoFundme has been established to help support the family. Many neighbors have expressed their wishes to contribute to the burial.

In Hill's memory, let us charge ourselves by taking care of each other during this difficult time. Check-in on your homeless neighbors.  They may not have houses but are members of your community and loved by family.  Their lives matter.

In cold weather, you can contact the District's Hypothermia Hotline or dial 311 to help someone get off the streets and out of the cold.

RELATED: Tips on helping the homeless throughout the winter