DC's scooter war isn't over yet. Here's how companies stacked up and why they're crying foul

Scooter providers had to appeal by today with many questioning the city's 198-point scoring matrix. 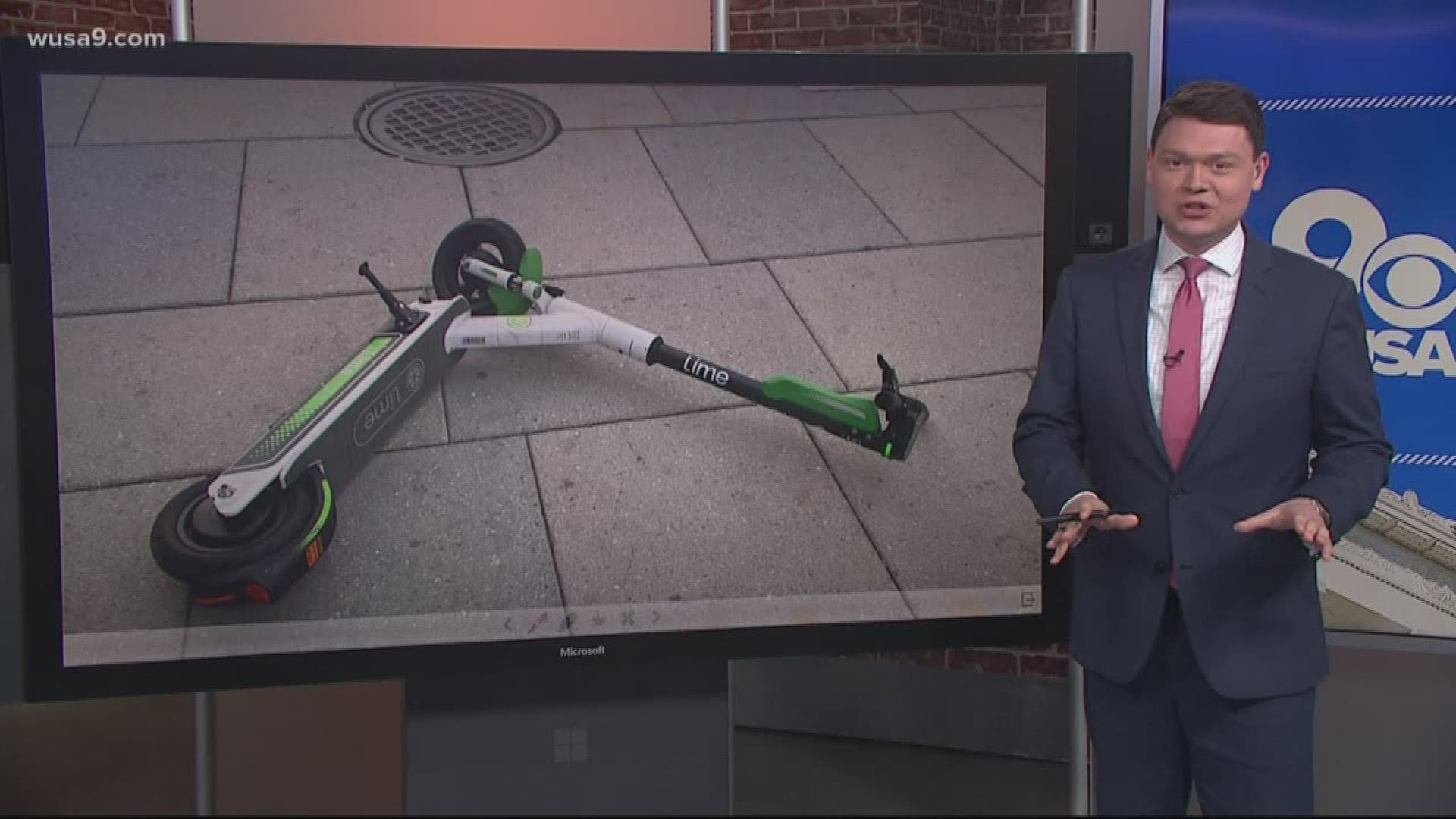 WASHINGTON — D.C.'s electric scooter war of 2019 has stretched into the new year. Scooter providers that did not win a District Department of Transportation (DDOT) competition will still be able to operate citywide until Mar. 31—and maybe beyond if they win appeals due to the city on Tuesday.

Scooter providers are clamoring for an even greater slice of the pie in The District. Last year, the city announced plans to double the number of scooters citywide to 10,000 but cut the number of providers in half to four.

In December, the DDOT selected Jump, Lyft, Skip, and Spin to continue operating in the District while companies such as Lime and Bird were given the boot.

Scooter companies tell WUSA9 that they were the most puzzled the results of an internal DDOT selection committee. Winners of the competition were selected using a 198-point scoring matrix.

DDOT documents show Lime, which began operating in The District in 2018, scored the highest on "historical behavior" but fell short on other sections. Skip, which had a scooter catch fire last May, earned a lower historical behavior score yet won the competition with the highest score overall.

"We look forward to operating in D.C. at least through March and we will continue to explore ways to serve the District community and the many people who trust and rely on Lime beyond," said Robert Gardner, Lime's director of government relations.

WUSA9 requested a walkthrough of the scooter scoring matrix, which is weighted in certain sections. DDOT has not responded to our requests for an interview.