In an unprecedented move, a DC developer pad locks long time business including a daycare with just one day notice. 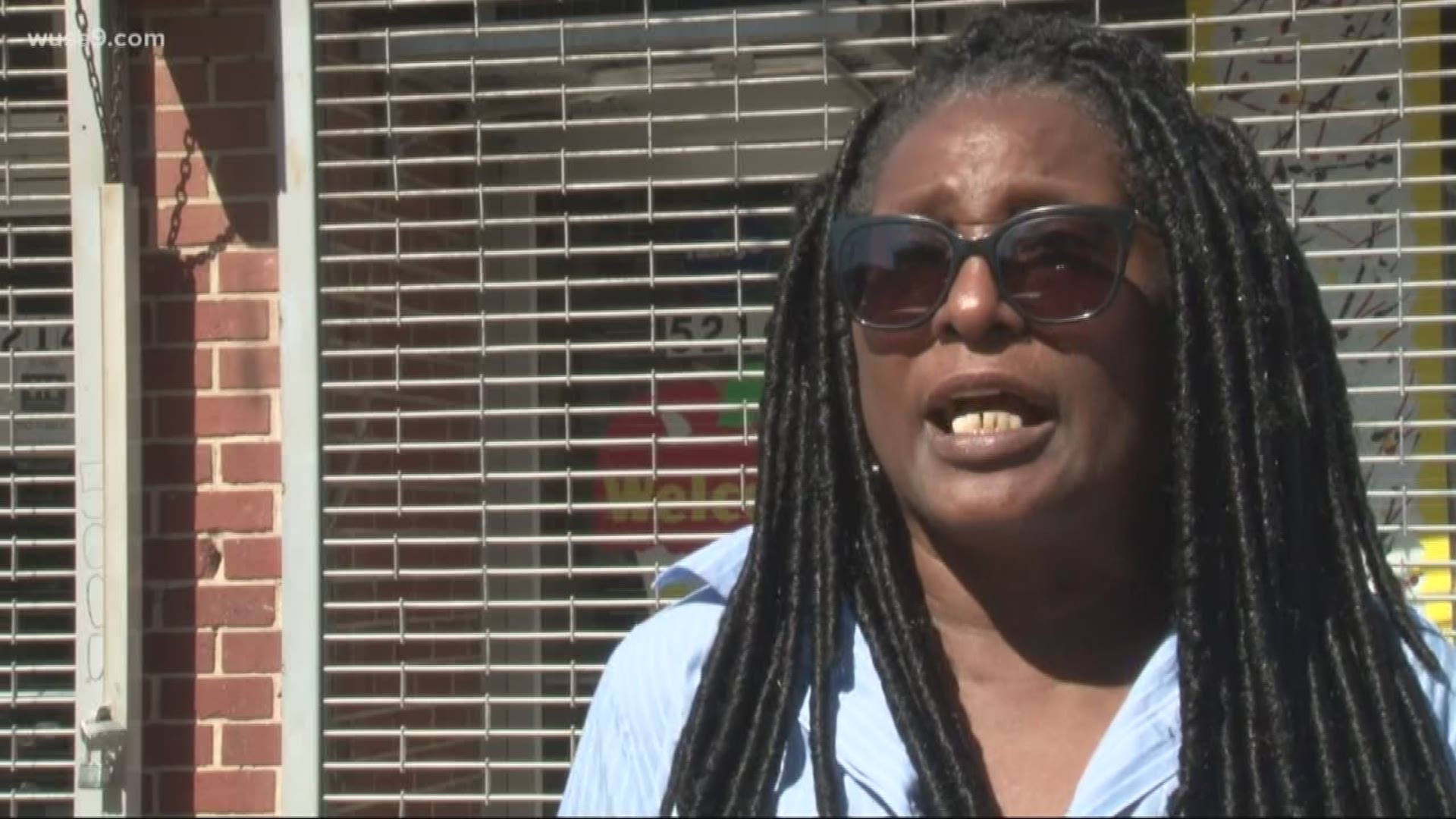 In an unprecedented move, a D.C. developer padlocked long time business, including a daycare, with just a one day notice on Thursday.

The sudden shutdown came just four months after 1100 Eastern LLC, a division of Neighborhood Development Company, won an $11.4 million grant from the District of Columbia to redevelop the properties near 1100 Eastern Avenue, Northeast.

They plan to develop a mixed-use property including low income housing for seniors.

“You didn’t give me an option to say, 'you have so many days to get your kids out and your equipment out,'” said Ruth Thompson Cole, owner of Little Jewels Daycare on Sheriff Road, Northeast.

Thompson Cole and her neighbors on Sheriff Road, including the owner of Nooks Barbershop, received letters Wednesday afternoon saying due to an environmental hazard they must vacate the property immediately.

RELATED: Amazon HQ2 has best chance to be located in Virginia, according to city-ranking site

“This is terrible, I got here this morning, there were locks on the gate and I’m still here trying to figure out who I can talk to and what we can do to get back inside,” said Nooks owner Sabrina Robinson Palmer. “I’m clueless.”

“We called the parents to pick up the kids immediately saying, it was out of our control,” added Thompson Cole. She has 19 children enrolled in the daycare. She was on the phone all day working with OSSE (Office of the State Superintendent of Education) to secure a temporary location immediately.

A spokesperson with the developers told WUSA9’s Delia Gonçalves that several months back they discovered contaminated soil emitting fumes from the ground.

The site used to be occupied by a dry cleaner and gas station which caused the contaminants. However, the spokesperson said by law they could not communicate with tenants until the sale was final and that was Monday. They’re pointing the finger at the former owner who should have told tenants about the pending sale and most importantly told them about the environmental hazards.

“If they found from day one there was a health and safety hazard as soon as they started drilling they should have told us immediately, so we can get these kids out and relocated!” exclaimed Thompson Cole.

“I’ve been here 25 years and I was praying and hoping we can stay we have been doing a lot for the community,” added Robinson Palmer owner of Nooks.

Ward 7 Councilmember Vincent Gray said the city was completely unaware of the developments and is outraged calling it “the most disrespectful manner imaginable.”

The developer’s spokesperson said they understand the hardship and will compensate business owners for their losses up to 6 months ,but considering the “serious health risk to owners, clients, children and neighbors it was the right thing to do.”

Joel Bender said, “We are trying to be responsible owners, and this is the best thing to do under the current circumstances.”