The department is still finalizing plan to increase maintenance on playgrounds where lead was found, despite all playgrounds remaining open. 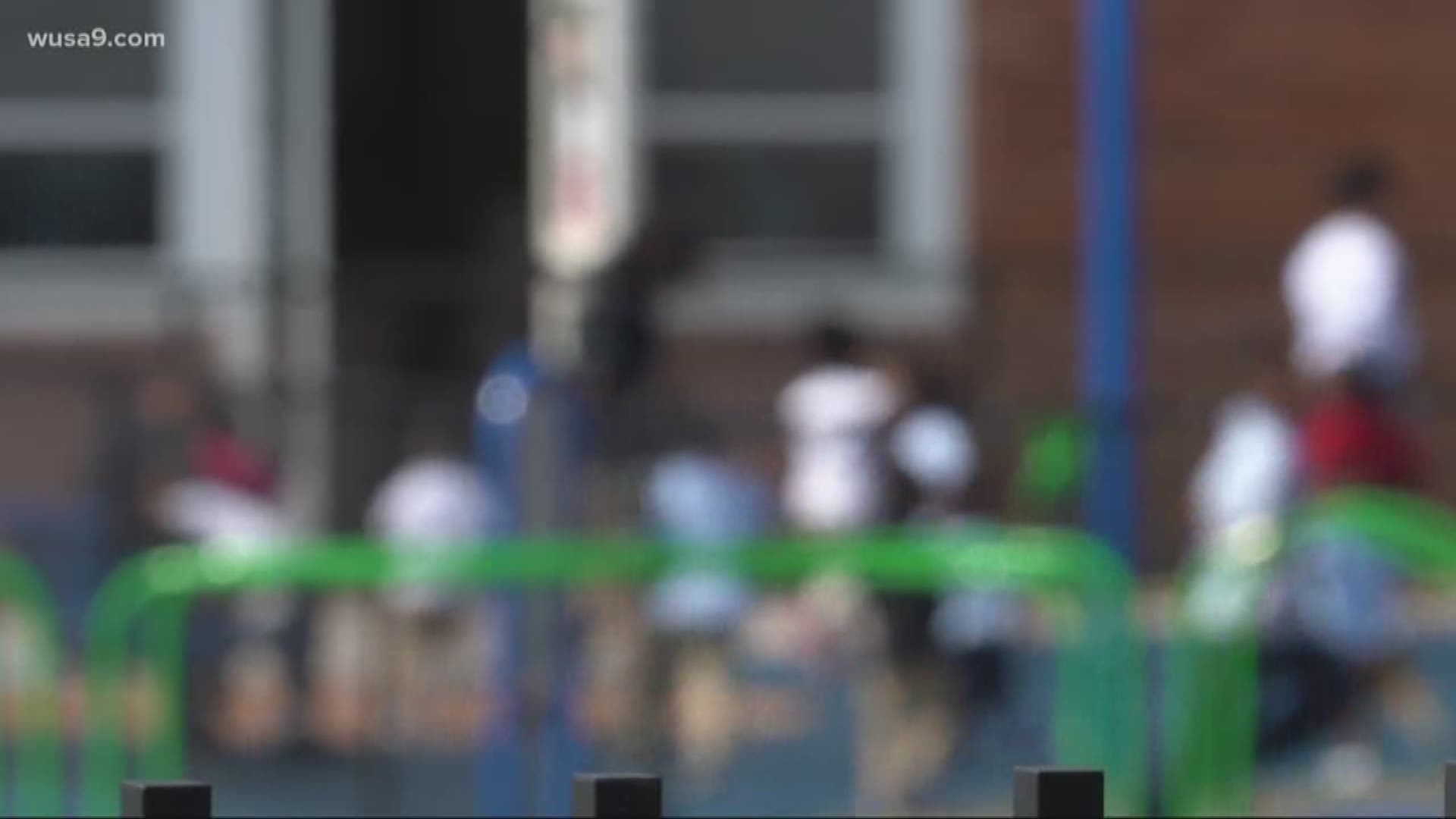 WASHINGTON — D.C. Councilmember Robert C. White Jr., Chair of the Committee on Facilities and Procurement, held a Public Oversight Roundtable Thursday on Environmental Hazards in Recreational Spaces and the Facilities Management Division of the Department of General Services.

After WUSA9 broke news of high lead levels found in 17 D.C. playgrounds, the roundtable's aim was to provide transparency around the Department of General Service's strategy for addressing the lead and other hazards that have recently been highlighted in District recreational spaces, particularly those utilizing synthetic materials, according to a release from Councilmember White's office.

The meeting was attended by parents from the Park View UNC, reps from The Ecology Center of Ann Arbor, playground installer Jeff Barber, D.C. Department of General Services (DGS) Director Keith Anderson and others.

Anderson claims that all 87 sites of concern have been vacuumed, and that the lead mostly came from outside sources, not the playground themselves. DGS is still finalizing an action plan to increase maintenance on the playgrounds where lead was found, despite all playgrounds remaining open. But DGS has asked the lab to rush test results from Truesdell Education Campus days after Councilmember White's demand.

Anderson also said that budget cuts were to blame for poor park maintenance, but Councilmember White countered that there had been no budget cuts, and instead $21 million more had been given to DGS.

Anderson was unable to give a direct answer regarding what constitutes a safe level of lead, beyond saying they are "mitigating."

"We believe preliminary results we have received and the advice we received from our certified industrial hygienist puts us in a place where our children are protected and safe on playgrounds. Again, we do have further research coming down the pike and as the science guides us in the right directions, we’ll make further decisions on playgrounds in general," Anderson told WUSA9. "It absolutely concerns me. As a parent of four children, this whole thing concerns me. But, I do understand, this is a naturally occurring substance.There are legacy toxins. This is a reality for an urbanized environment. So as we learn more about this, we’ll ensure that we educate and inform the public in a very transparent manner."

While the Ecology Center offered in a letter obtained by WUSA9 to D.C. DGS in May to share the results of their lead testing, Anderson says they only "officially" reached out last week. Ultimately, DGS has agreed to meet with the Ecology Center to discuss lab test results.

"The one source you haven’t fully identified is the fact the crumb rubber itself is a source of lead. It had lead throughout it," said Ecology Center Director Jeff Gearhart while holding a bag of lead-laced crumb rubber for councilmembers to see. "We see there’s 300 plus chemicals in this, and it’s very difficult to assess that."

Anderson told councilmembers their test results indicated elevated levels of lead on crumb rubber that was color pigmented, particularly at Aiton, Cardozo and Thomson elementary schools. He added the reason is currently unknown pending testing from their contracted laboratory SaLUT.

All 17 playgrounds affected can be seen below: