The final vote on expulsion is expected in 2020. 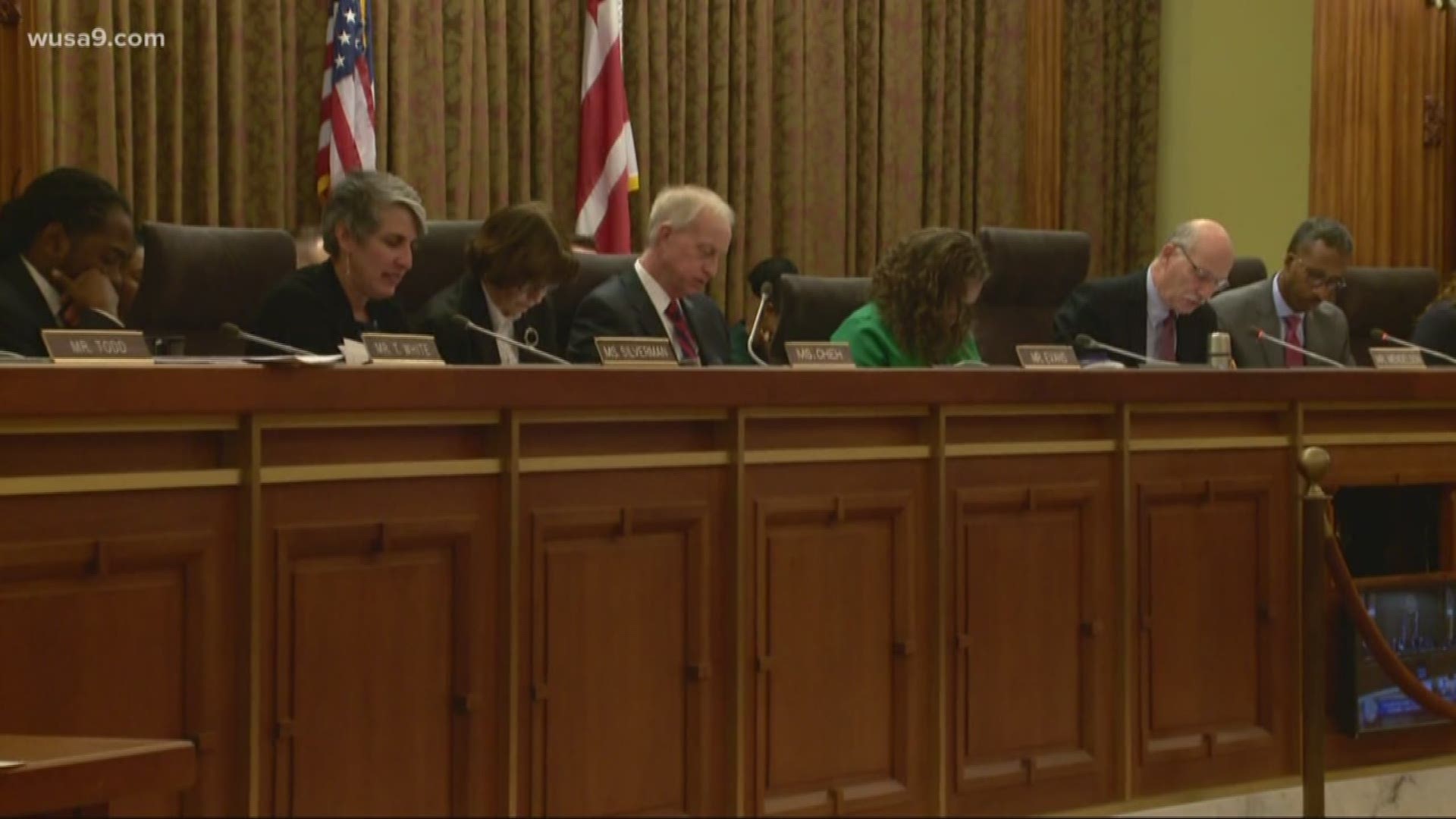 WASHINGTON — They all knew it was coming, yet many members of the D.C. Council struggled to cast the official vote Tuesday recommending their own colleague be expelled from the Council.

Councilmember Jack Evans is accused of using his public office for personal gain. Investigations allege he took more than $400,000 in the last five years from private clients before casting key votes.

The 66 year old is the longest-serving council member in D.C. representing Ward 2 since 1991. At-large Councilmember David Grosso, who just announced he will step down after his second term, thinks Evans stayed in power too long.

"Eventually the job chips away at you," Grosso said. "You don't have the same passion, the same motivation to fight the fights that you think are important to fight based on your principals, and what the voters sent you here to do. You lose sight of that because you become more reliant on the job than people’s opinions."

Evans was reprimanded, removed from Metro's board and the FBI raided his home.

"It has pulled us into the web, we all have been complicit," At-large Councilmember Anita Bonds said, as she addressed the Ad-Hoc Committee.

Councilmember Mary Cheh, who chairs the Ad-Hoc Committee, said Evans not only embarrassed his colleagues, but shamed the city.

"We are duty bound to maintain integrity of the council, and Mr. Evans, by his actions, was betraying us and betraying the citizens," Cheh said. "And the only way to heal that wound is to remove him from the Council."

Chairman Mendelson will now decide when to hold a hearing on the committee’s recommendations, no less than a week after receiving a Committee report.

A final vote will likely come in 2020. Evans has until then to state his case before the Council, to call witnesses on his behalf, or resign.