DC isn't keeping up with the signs

Residents are concerned about safety as DC's Department of Transportation works through a backlog of city sign work orders. 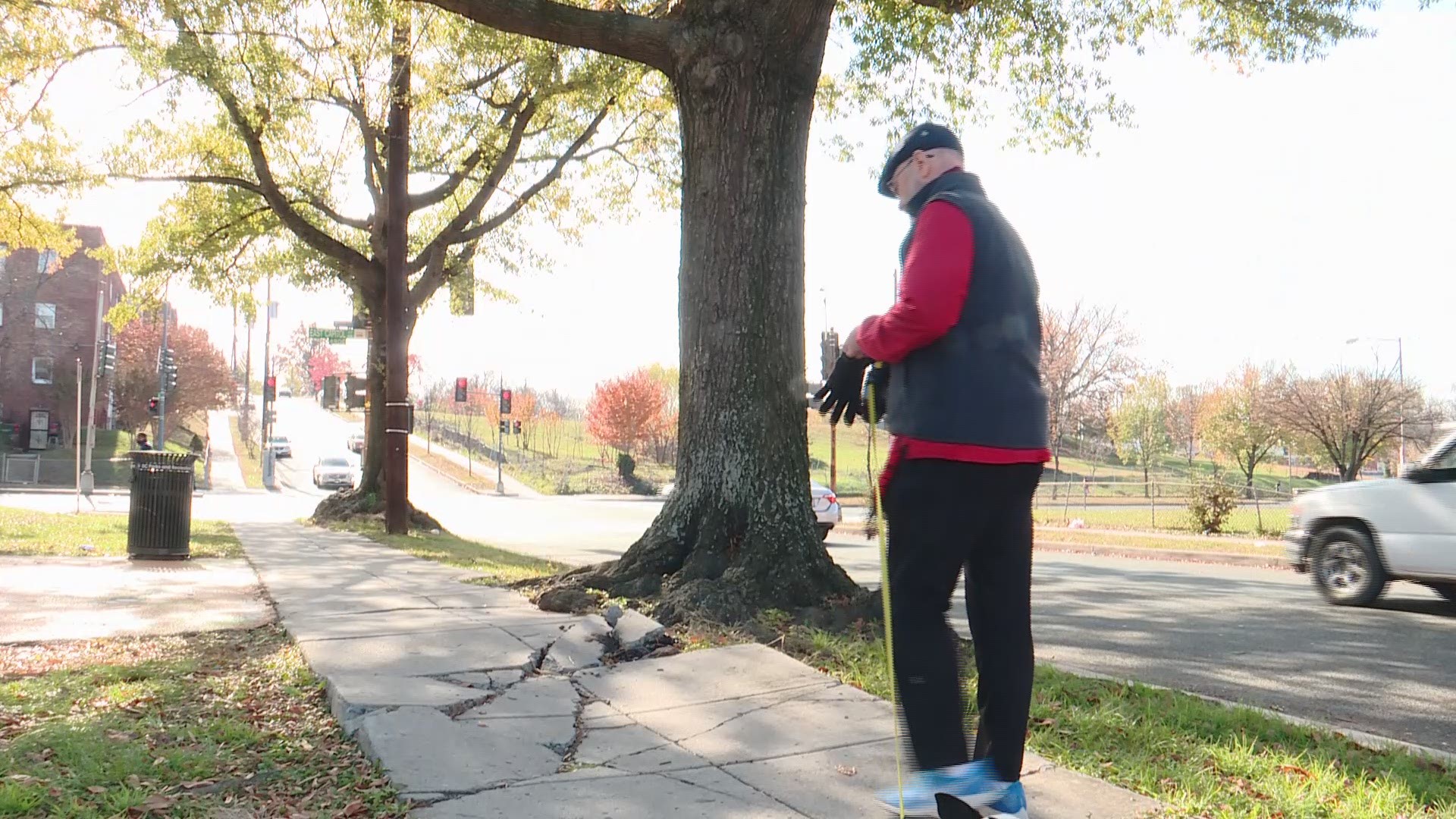 WASHINGTON — Signs in the city are supposed to keep us safe, and going in the right direction. But if you’ve noticed missing or damaged signs lately, you’re not alone.

Ronnie Streff is one of those squeaky wheel types. Every time he sees something amiss in his ward 7 neighborhood, he reports it to the city on the 311 app.

"I feel like we should be trying to make our city better for everyone, and that’s what I try to do," Streff said. "If there’s a sign that’s faded or falling off or something, I will report it."

His 311 account speaks to his powers of observation -- he has a record of hundreds of complaints going back years.

"I have no idea how many I’ve submitted over time," Streff said.

But Streff said all that squeaking hasn’t been getting much grease. His complaints sometimes take months, even years to resolve.

He said there are signs that are too faded to make out clearly, some are falling off their posts and others are in places that aren’t visible.

Streff said he has complained about street signs he thinks are missing. He thinks there should be a sign at the intersection of Benning Rd and East Capitol Northeast, where three lanes reduce to two without warning.

A DDOT spokesperson sent this statement to WUSA9:

"DDOT’s priority is to ensure all roadway signs protect the safety of pedestrians, cyclists, and motorists as they travel city streets. Part of this effort involves managing an inventory of over 500,000 signs across all eight wards of the District. We treat every request equally, while giving priority to emergency and safety-related matters. Teams from across the agency are working on a strategy to streamline our process and reduce our current backlog."

Streff said he’s frustrated because of the safety issues.

"Of course I don’t know all of the response times to all the requests, but from what I see here, there’s a lot of requests that are outstanding."

He said it also discourages people from making complaints in the first place.

RELATED: Why dozens of ‘No Right Turn on Red’ signs are popping up all over DC