'There's never going to be justice for us': Daunte Wright's mother speaks out after Brooklyn Center officer charged

Katie Wright called for accountability, not justice, after a Brooklyn Center officer shot and killed her 20-year-old son Daunte during a traffic stop Sunday. 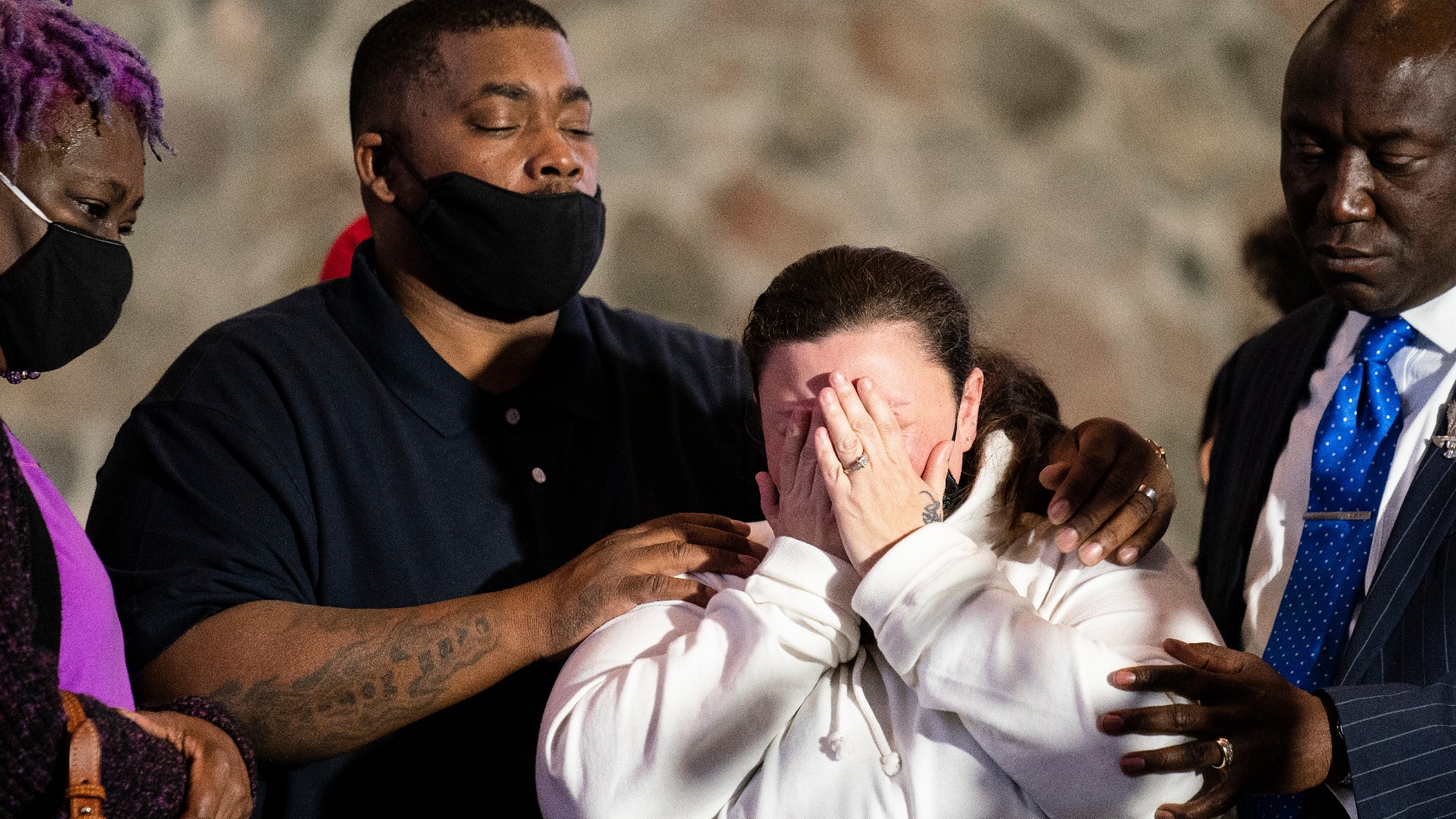 MINNEAPOLIS — Daunte Wright's mother is calling for "100% accountability" after a former Brooklyn Center police officer was charged with manslaughter for fatally shooting her 20-year-old son during a traffic stop.

But Katie Wright said Thursday that justice is unattainable for her family.

"Unfortunately, there's never going to be justice for us," she said. "The justice would bring our son home to us, knocking on the door with his big smile. Coming in the house, sitting down, eating dinner with us. Going out to lunch. Playing with his... almost 2-year-old son, giving him a kiss as he walked out the door. So, justice isn't even a word to me."

Katie Wright held a press conference with her relatives and civil rights attorney Ben Crump one day after former Brooklyn Center officer Kim Potter was arrested and charged with second-degree manslaughter. Potter, who resigned from the police department after Wright's killing, made her first court appearance Thursday. A judge set her bail at $100,000, which she posted Wednesday night.

If found guilty, Potter would face a presumptive sentence of four years in prison, according to state sentencing guidelines. Minnesota's statutory maximum for second-degree manslaughter is 10 years behind bars, but experts told KARE 11 that such a sentence would be unlikely.

Daunte's mother and his aunt, Naisha Wright, called Thursday for "the highest accountability."

"But even then, when that happens – if that even happens – we're still going to bury our son," Katie Wright said. "We're still never going to be able to see our baby boy."

After the fatal shooting, then-police Chief Tim Gannon said he believed Potter shot Wright by accident, mistaking her gun for her Taser. Gannon submitted his resignation the same day as Potter.

At the press conference Thursday, Crump held up photos of the type of firearm and Taser that Potter had on her at the time of Wright's death.

"It's very difficult for this family to accept that this is an accident when you have a veteran who's been on the police force for 26 years," Crump said. "And we still believe that it was over-policing. It was an excessive use of force, because we have a propensity in America to over-police marginalized communities, especially Black men."