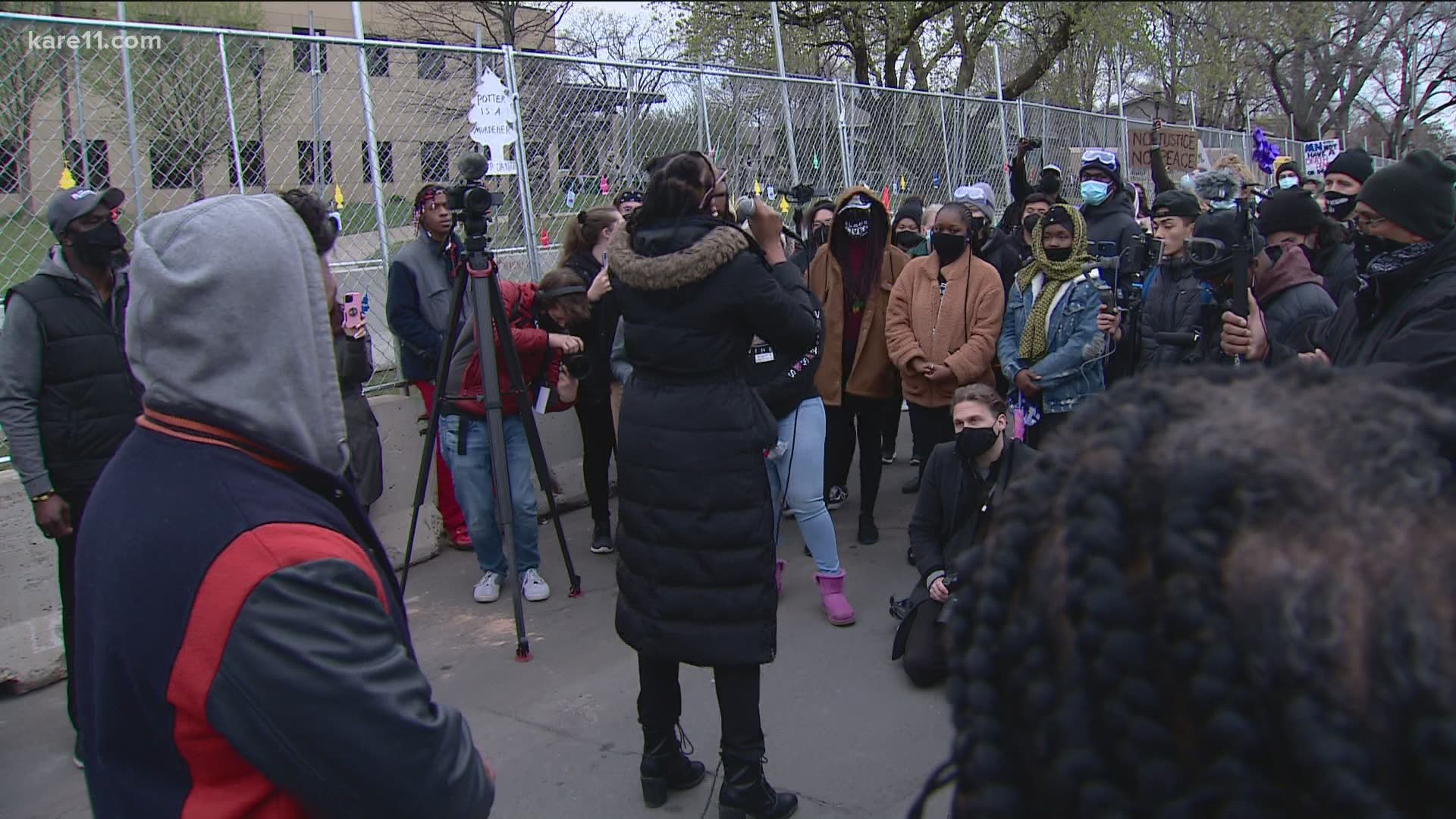 BROOKLYN CENTER, Minnesota — About 70 Minnesota clergy across faith traditions came out to the Brooklyn Center Police Department on Thursday night in solidarity with protesters seeking justice for Daunte Wright. Although most of the clergy were from the Twin Cities metro area, several drove in from greater Minnesota as well.

"We wanted to be present to the grieving community and we wanted to show up because this National Guard presence here, this militarized presence, is really not helping things and it's just kind of heaping trauma upon trauma in this community. So we want to show up and show that we're on the side of the community and the people who are out here praying and protesting."

"Daunte Wright was killed and shouldn't have been. This is a sacred ground of mourning and grieving and it's the job of people of faith to show up wherever people are suffering and so that's our sanctuary or our offices are here on the streets," Latz said. Latz went on to say, "There's this narrative that somehow there's like good protesters and bad protesters and we're here to show up and say that every human being is endowed with dignity; every human life is valued and no lives matter until Black lives matter."

"We are here to say that we stand in solidarity with you all. Not only solidarity, we protest with you. We do not condone state-sanctioned murders on our people. We do not condone it and let's be real... Justice for George Floyd. Justice for Daunte Wright. It's not one cop going to jail, it's not two cops going to jail, it is taking back our resources that they suck out and using it in our community."

When asked about how the congregation is feeling at this time, Wiens said, "Just so much awareness of pain but also, 'What do I do? What can I do?' So much confusion about, 'Where is God in this suffering?' But also a desire. I think suffering is a place of solidarity."

If found guilty, Potter would face a presumptive sentence of four years in prison (48 months) according to Minnesota state sentencing guidelines.

RELATED: 'There's never going to be justice for us': Daunte Wright's mother speaks out after Brooklyn Center officer charged