Officials say a brick pillar the hammock was tied to had collapsed on the girls. 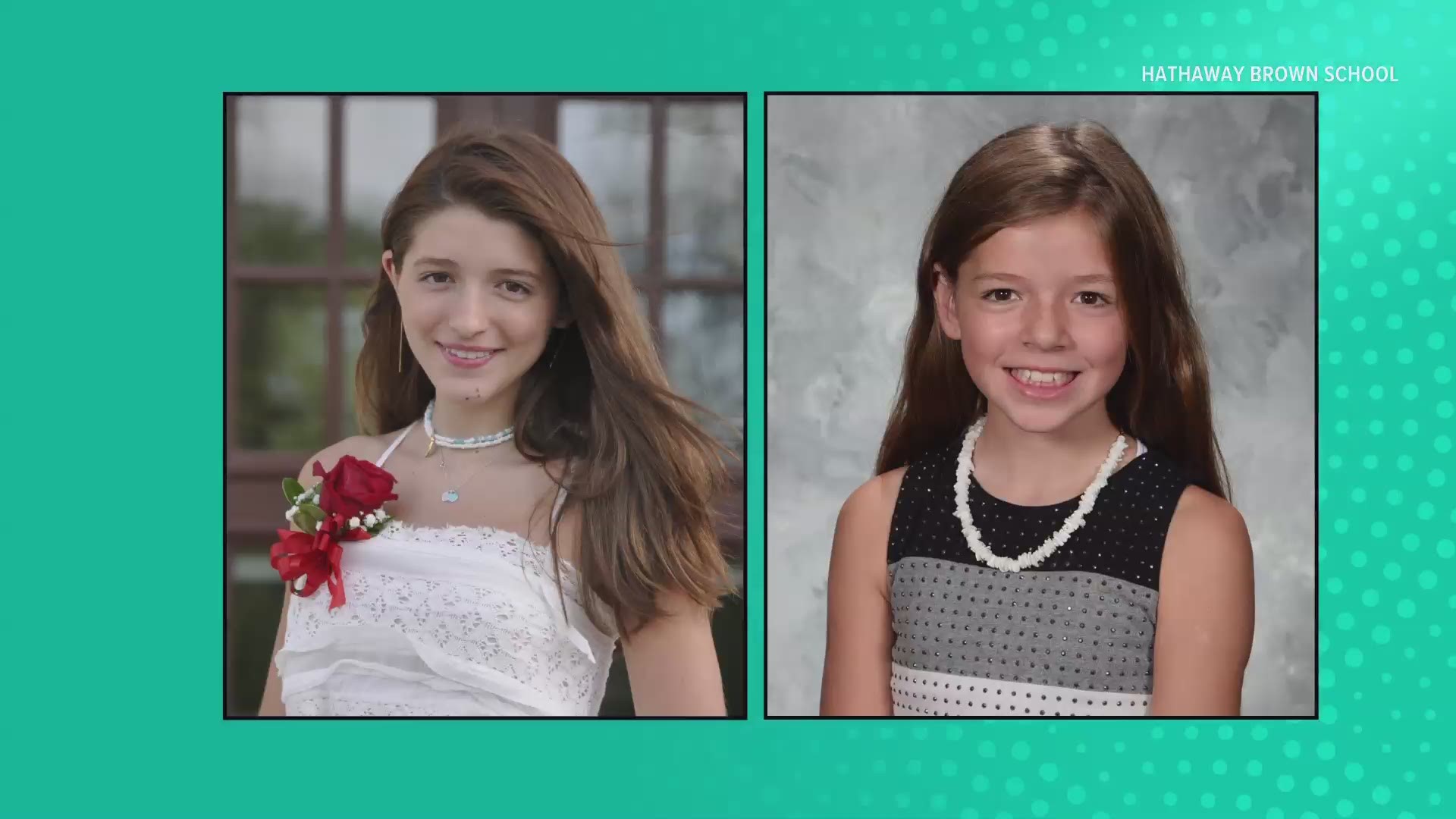 The girls have been identified by the Cuyahoga County Medical Examiner and Hathaway Brown (HB) school as 14-year-old Scout Scaravilli and 12-year-old Chasey Scaravilli.

“The entire HB community is saddened by the loss of the Scaravilli sisters; they will be greatly missed by so many friends, classmates, and teachers,” said Hathaway Brown Head of School Fran Bisselle. “Our thoughts and prayers are dedicated to their family.”

Students, parents, and faculty members are invited to campus Monday, June 15, from 7-8 p.m. to reflect on the life and memories of Scout and Chasey.

It was around 7:45 p.m. on Sunday when authorities responded to a call of a girl trapped underneath some bricks at the home on Berkshire Road.

Upon their arrival, first responders learned the two girls were in a hammock that was tied to a tree and a brick pillar. The city’s director of communications tells 3News the brick pillar collapsed and fell on the girls.

Both were taken to the hospital, but later died from their injuries.

No additional information was immediately available. The incident remains under investigation.