Could your neighborhood tell you how long you'll live? (ZIP Code Map) 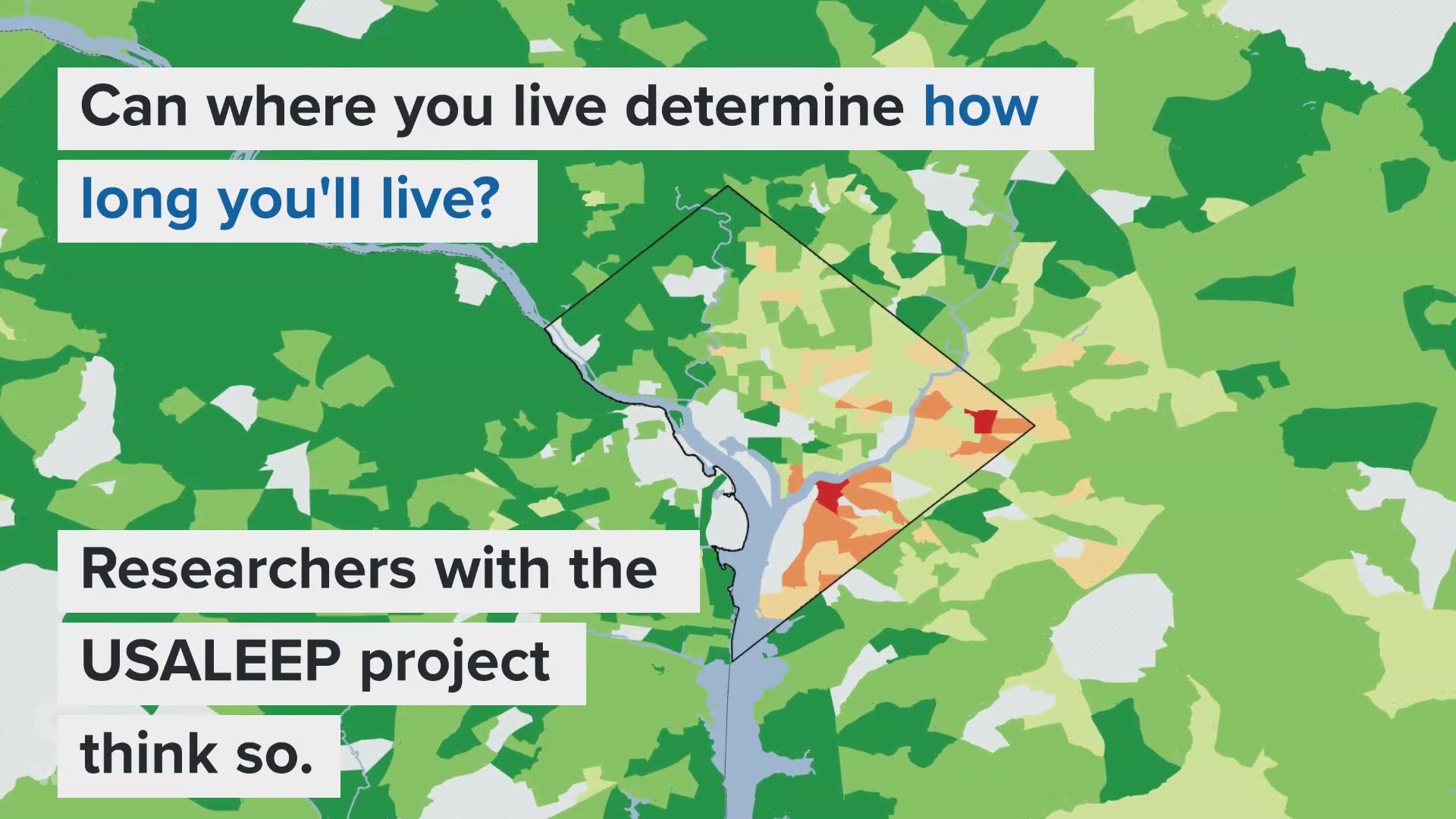 WASHINGTON -- How long can a child born in 2019 expect to live? Taking a look at their neighborhood might be a good way to answer that question, according to researchers with the USALEEP project.

A joint effort by the National Center for Health Statistics, Robert Wood Johnson Foundation and the National Association for Public Health Statistics and Information Systems analyzed five years of Census data as part of the U.S. Small-area Life Expectancy Estimates Project (USALEEP). The result of their work is an estimated life expectancy for nearly every area in the country.

The project released its findings by census tract -- but if you're here, you've read the main story and want to see it broken down by ZIP Code. If not, click here to read our coverage, then come back if you're still interested.

A census tract is a geographical unit used by the U.S. Census to collect and report data across a wide range of measures, including income, access to healthcare and employment status. But unless you're using census data regularly, the tracts aren't a very familiar reference point.

To make it easier for you to use this data, we've recalculated USALEEP's census tract numbers for ZIP Code Tabulation Areas (ZCTAs) in the DMV. A ZCTA is the Census Bureau's effort at creating standardized areas that correspond to the United States Postal Service's ZIP code designations.

Here's how we did the calculations:

Since ZIP codes and census tracts don't line up one-to-one, we used a set of data from the Department of Housing and Urban Development (HUD) and USPS called ZIP Code Crosswalk files to match them up.

The Crosswalk data estimates what percentage of of residential addresses in a ZIP code fall into a corresponding census tract. We used this percentage to create a weighted average for the USALEEP data for each ZIP code a census tract touched.

The result is this map. Have fun exploring the data!