An adult male was transferred to a hospital with traumatic injuries, Montgomery County Fire and Emergency Services said. 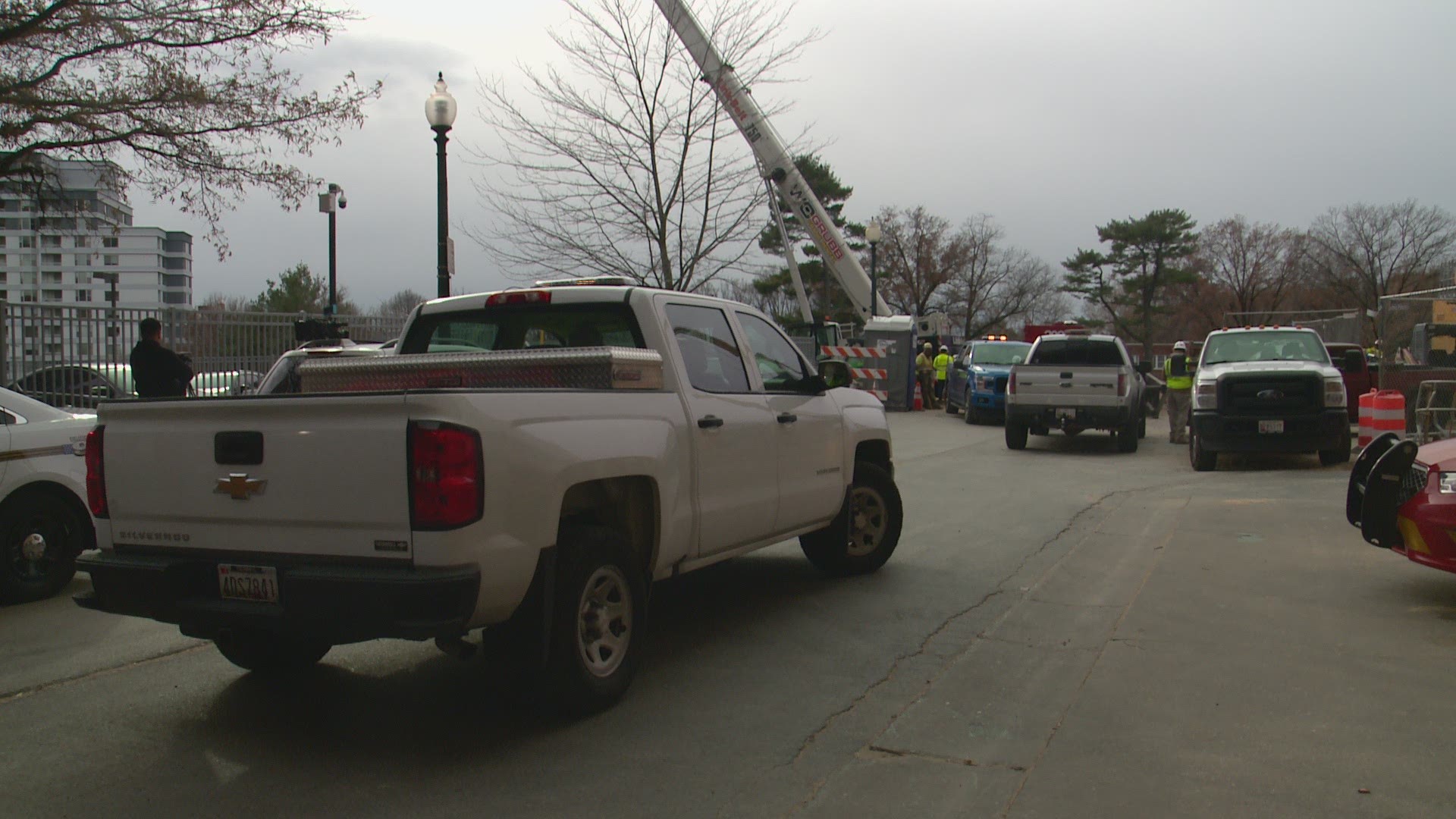 SILVER SPRING, Md. — A construction worker in Silver Spring was struck by a moving crane on Friday morning outside the District Court, emergency officials said.

Around 11:30 a.m., Montgomery County Fire and Emergency Services were called to the 8500 block of Second Avenue near the Silver Spring Metro Station.

Two people were evaluated for injuries at the scene. The construction worker has since been transferred to a local hospital, where authorities said he is being treated for traumatic but non-life-threatening injuries.

The Maryland Occupational Safety Hazard Division, which reviews and investigates safety measures for Maryland workers in both the public and private sector, has been notified of the incident.

RELATED: Teen who died in McLean trench collapse may not have been old enough to work there