Education equity and the long commute to DC schools

Kids in Ward 7 and 8 travel the longest to get to school -- many over an hour. 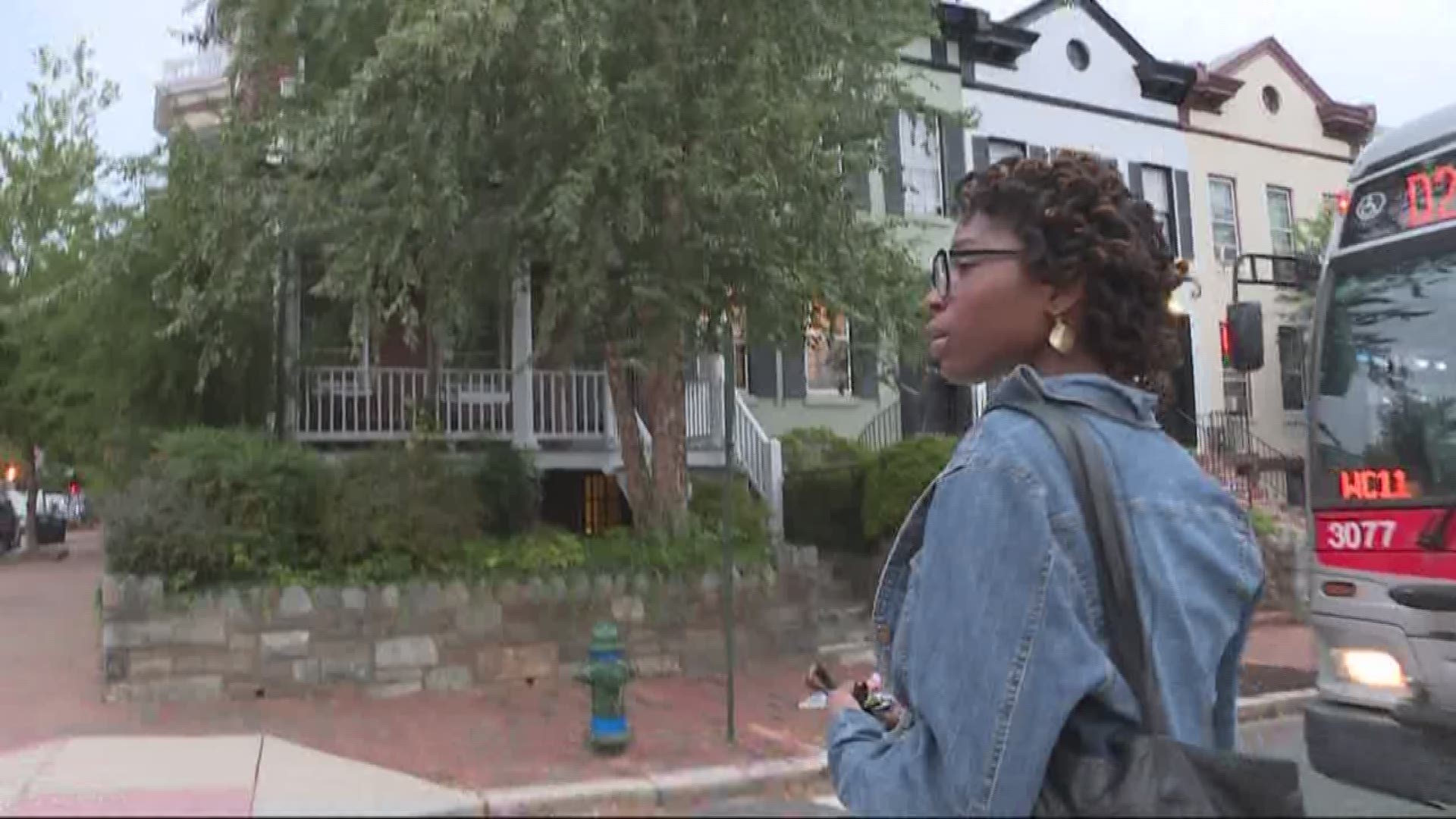 WASHINGTON — If you live in the DMV area, chances are your commute to work is a nightmare most days. But imagine doing that commute at 13 years old. It's a reality for thousands of kids in D.c.

According to the Deputy Mayor for Education, kids who live east of the river, Wards 7 and 8, travel the longest just to get to school. Even though the wards are home to most school-aged children in all of the district -- and growing.

Nearly half -- 39 percent -- of all the children who attend D.C. public schools travel up to an hour or more to and from school.

The day starts around 6 a.m. for 13-year old Julie Behrens. By 7 a.m., she and her dad leave their home in the Hillcrest section of Ward 7 and drive to Union Station.

WUSA9's Delia Goncalves joined the team on their morning commute, and Behrens explained the journey.

"We look at it as a learning experience," JB Behrens said. "Julie has learned the bus system, the metro system. She's gained a certain amount of independence. My wife and I are from D.C. and we were thrown on the Metro at an early age as well, so this is just how we were raised."

Behrens is an optimist but breaks it down: It's not just the drive to school, it's everything about education in D.C. that's a bit overwhelming.

"Going from deciding where your kids go to grade school, getting in and jockeying for position -- all of that is pretty stressful," he said.

About 25 minutes later, Behrens pulled up to Union Station and Julie stepped out to start her own leg of the journey. And she’s not alone. As she rides the escalator to the station platform, she spots some friends and greets the fellow middle school commuters.

She sits with friends as they ride to Takoma Park and then she leaves her friends to board a bus heading to her destination: D.C. International Public Charter School.  All in all, it takes Julie about an hour to get to DCI using three modes of transportation.

Gonçalves also commuted with Bailey Moore, a senior vocal student at Duke Ellington School of the Arts. School doesn't even dismiss until 5 p.m., but Bailey has show choir for another hour or so after school.

"I won't get home until eight , practicing until nine and then I have homework which sometimes goes until 10:30 p.m.," Moore said as she walked to the bus stop from school. "It is pretty exhausting. I'm tired. Sometimes I go to bed so late I'm in class trying not to fall asleep.”

She's a confident commuter but said there have been close calls.

"I went to Eastern Market and it was late and I was waiting for my brother to come [pick me up]," she said. "So there was this guy screaming at the top of his lungs acting really crazy and it was really scary because he was coming [my] way. Sometimes my parents tell me to wait inside the Starbucks until we get you. I also learned you can't have your headphones on when you're walking."

In D.C., the Kids Ride Free program grants all school children free public transportation. But these long commutes could be costing them. Yes, they are street savvy and independent, but there's no denying that these children are tired.

Bailey does a little computer work on the bus down Wisconsin Avenue, NW. She got off and walked a few blocks to Foggy Bottom Metro as the sun began to set on an early September evening. She knows in a matter of weeks, it will dark by that same time. She said on those days, her parents try to pick her up.

Sometimes she takes an Uber but that could cost up to $30. Bailey finally got underground, settled onto the Metro and closed her eyes; catching some sleep on the ride.

Let's go back to our middle schooler, Julie. She got home and immediately crashed on the couch while her mom got dinner ready. It was about 5:30 p.m.

"Both her dad and I had to commute to school and she's following our footsteps," Betty Behrens said. "It's just how it is which is kind of sad because here we are 35 years or so later it's still how it is."

Very few schools East of the River offer language immersion, less offer before care: two reasons their neighborhood school was off the table.

"The infrastructure of Ward 7 and 8 aren't made for good schools," Betty said. "it's hard to get here, it's hard to get public transportation here, there's no place for teachers to buy groceries and have lunch."

Meanwhile, Bailey made it to Eastern Market just before 8:30 p.m. and luckily her mom was already waiting. Together, they dove the 10 minutes up Pennsylvania Avenue to their Ward 7 home.

"We always knew if we stayed here our kids would be part of D.C. public schools, but we did not want them going to neighborhood school," Dionne Bailey Moore. said. Moore grew up in the area and attended the neighborhood school, Anne Beers Elementary School.

"I don't know if we can say we are asking too much [of their children], I think they rise to the occasion," she said.

It's just after 9 p.m. when Bailey finally sits down for dinner and homework. It will be another hour or so until bedtime; and then Bailey, Julie and more than 3,100 other kids from Ward 7 do it all over again tomorrow.

So, what does this say about equity in education?

"I think it still stays this part of the city is still ignored in some way," Moore said.

If you'd like to see trends in enrollment and student commuter patterns, check out this data from the DME.