Comet Ping Pong gets 3-4x the business during #StandWithComet 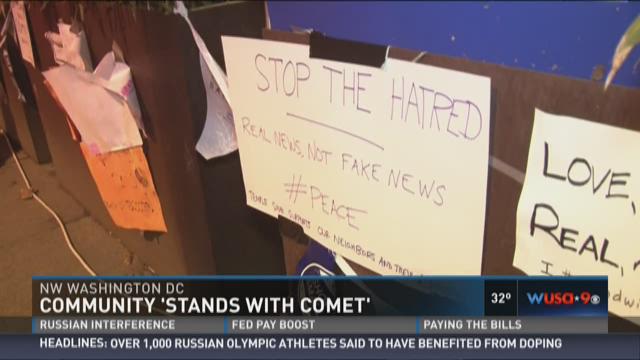 More than 50 customers were in line when Comet Ping Pong opened for lunch Friday.

This comes days after fake news brought a real gunman and other real threats to this normally quiet Northwest, D.C. neighborhood. The businesses have also been the target of threatening phone calls.

More than two thousand people have said on Facebook that they'll come and spend their money at Comet and other spots between now and the end of the weekend.

Owner James Alefantis thanked people who lined up to get in.

"This business is taking a horrible attack for no reason at all and that's why were here," said Kelly Bontz.

John McKeel stood towards the front of the line and talked about the incident that started it all.

"It really shook me so I wanted to come back to show my support for the folks that work here, and make a statement about the power of neighborhoods," said McKeel. 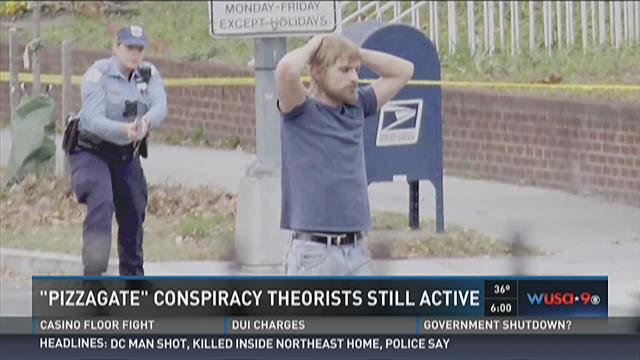 On Sunday, Edgar Maddison Welch drove to Comet from North Carolina, armed with several guns. He walked in, pointed an assault rifle at an enployee and told police he was there to investigate a conspiracy theory called "PizzaGate" that purports that Hillary Clinton and friends were running a child sex ring in the basement. Police say Welch discharged the gun inside. No one was hurt.

"I was here with my kids last week," said McKeel. "We left about 10 minutes before all the business started and I wanted to come back. We had a great time. I brought the kids here so that I can help them understand the power of rumors oddly enough."

Bontz decorated a ping pong paddle to show her support. She says she brings her kids here and she will continue to do so.

"This fake new stuff is ridiculous it's got to stop we can't stand for it," said Bontz.

At one point, a security guard told patrons it’d be about an hour wait in this cold, but no one budged.

David Dann told WUSA9 he lives in Arlington but instead of going home, he went to Comet Ping Pong.

“It’s the first time ever and I’m willing to wait as long as necessary,” Dann said. “I wanted to show some support for the restaurant after the, uh, I think there’s a lot of nonsense that’s going on.”

Some people spent the evening restaurant hopping instead of ‘bar hopping’.

“We’ve been to politics and pro’s. We had a great snack at Bucks and now we’re ready to go to Ping Pong,” Justine Zegna told WUSA9. “You know we’re kind of used to a lot of nonsense but it’s sort of passed a margin that we’re not comfortable with so I think everybody’s come out to say no more."

Jessica Roake came with her children.

“I was really horrified that such a family-friendly place that we’ve enjoyed for years would be the target of such horrible news and we just thought it was important to come out and support the truth,” her son told WUSA9.

“We were waiting for longer than we thought but – literally 45 minutes," said Roake.

There was a lot of fun shared inside Comet and on Connecticut Ave. NW Friday night, but no one’s forgotten how serious things got last Sunday.

Many of the supporters there Friday are also calling on the new administration or at least National Security pick, Retired General Michael Flynn, to apologize for sharing a fake news story tweet, and for his son sharing one on #PizzaGate.

D.C. Police vow to work with Federal partners if need be but they are investigating the fake news authors.

The ‘Stand with Comet’ is expected to go through Dec. 11th.