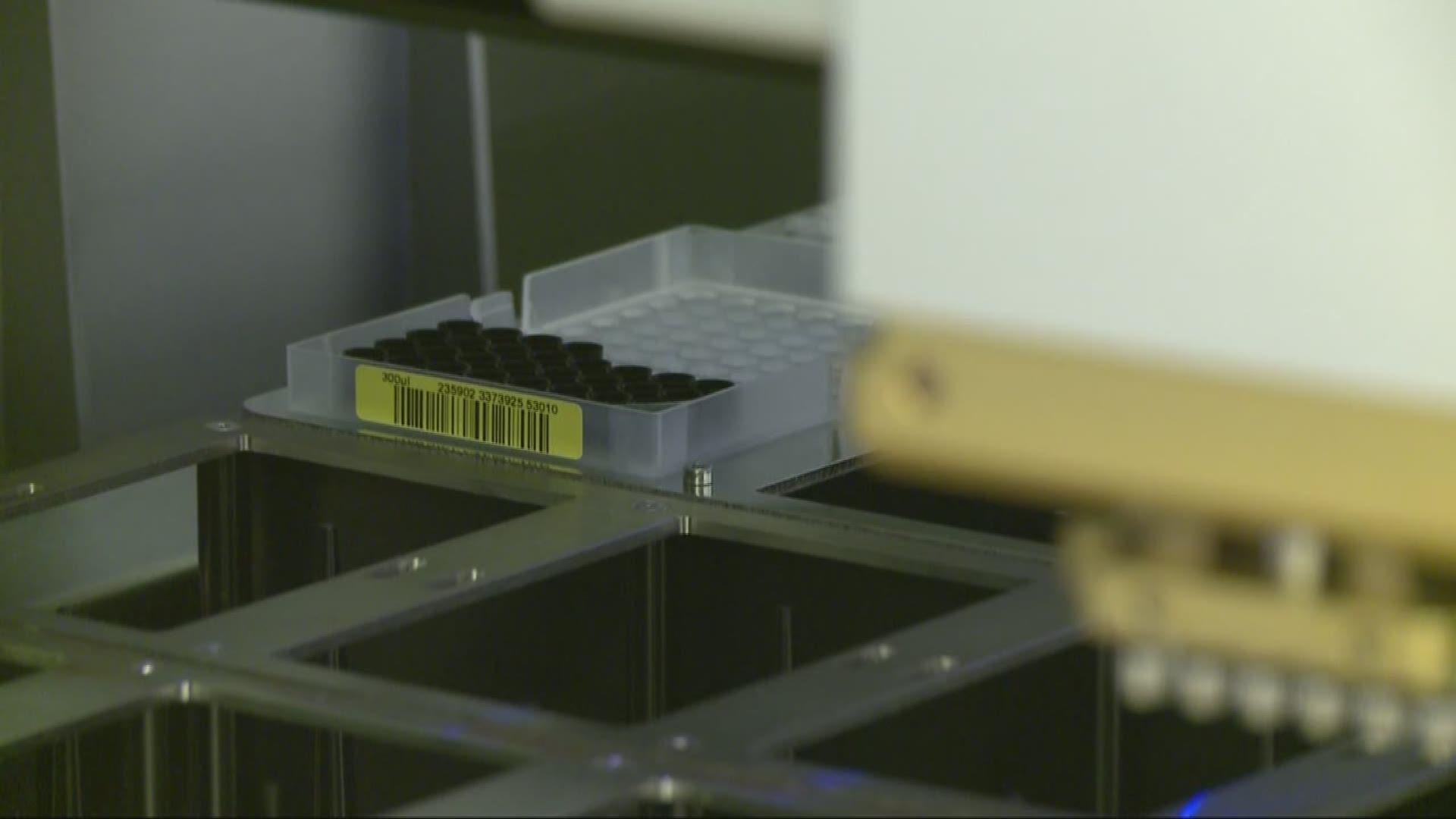 By the time you are done reading this story, the sad reality is another person will likely be sexually assaulted in the United States.

Matching DNA found on the victim with DNA logged in a national database can help get rapists off the street, but only if the DNA collected from the victim, and kept in what's called a rape kit is tested.

Hundreds of thousands of rape kits are sitting right now untested, advocates say, due to a lack of money and motivation. One woman is trying to change that and one local comedian is helping her.

Natasha Alexenko of New York was raped when she was 20 years old.

"I was raped at gunpoint, and robbed, and sodomized by an unknown assailant and that completely changed my life," she said.

Alexenko shared her story in a documentary. She says she felt re-victimized when DNA collected from her body and stored in what's commonly called a rape it sat untested for nearly 10 years, while her rapist stayed on the streets.

"My kit not being tested allowed a very violent person to remain at large for almost 15 years, and commit additional crimes in several different state across the country," she said.

Alexenko started Natasha's Justice Project with the goal of raising money and awareness to get every kit tested, throughout the country. D.C. based comedian Peter Bergen saw the documentary and was moved by Alexenko's strength.

"The importance of that was not lost on me, people who have been through something similar and look and see somebody like that who's standing up saying yes this happened, no it won't keep me down," he said.

For four years, Bergen has been organizing comedy shows to raise money for Natasha's Justice Project. Comedians donate their time. And this year, it's at Drafthouse Comedy in downtown D.C. Nastasha says every dollar counts.

"It's a public safety issue, it's a human rights issue," she said.

Among her success, Natasha has raised enough to have backlogged kits in California tested at Bode Labs, in Lorton, Virginia. That led to 55 DNA matches, potentially 55 rapists off the street.

Natasha says the day her rapist was finally convicted was a day she'll never forget.

"I think I felt safe for the first time," she said.

It's a feeling she wants other survivors of sexual assault to feel too. This comedy show can help, in so many ways. Bergen says awareness is key.

"Every time I introduce this issue to somebody, people are always like 'I had no idea," he said.

"Certainly it's the financial aspect and that's always great and that enables us to do our work, but I think what it also does is it really introduces the community to the issue," she said.

Each kit can cost about a thousand dollars to test, that's why it's so important to raise money. In many places, the counties don't have enough money to get this done. The show is this Sunday, March 12th at 7 p.m.

Click here for more information on how to buy tickets.