An AFSCME Local 1072 petition with around 600 signatures calls for the University of Maryland to preserve teleworking options for school employees. 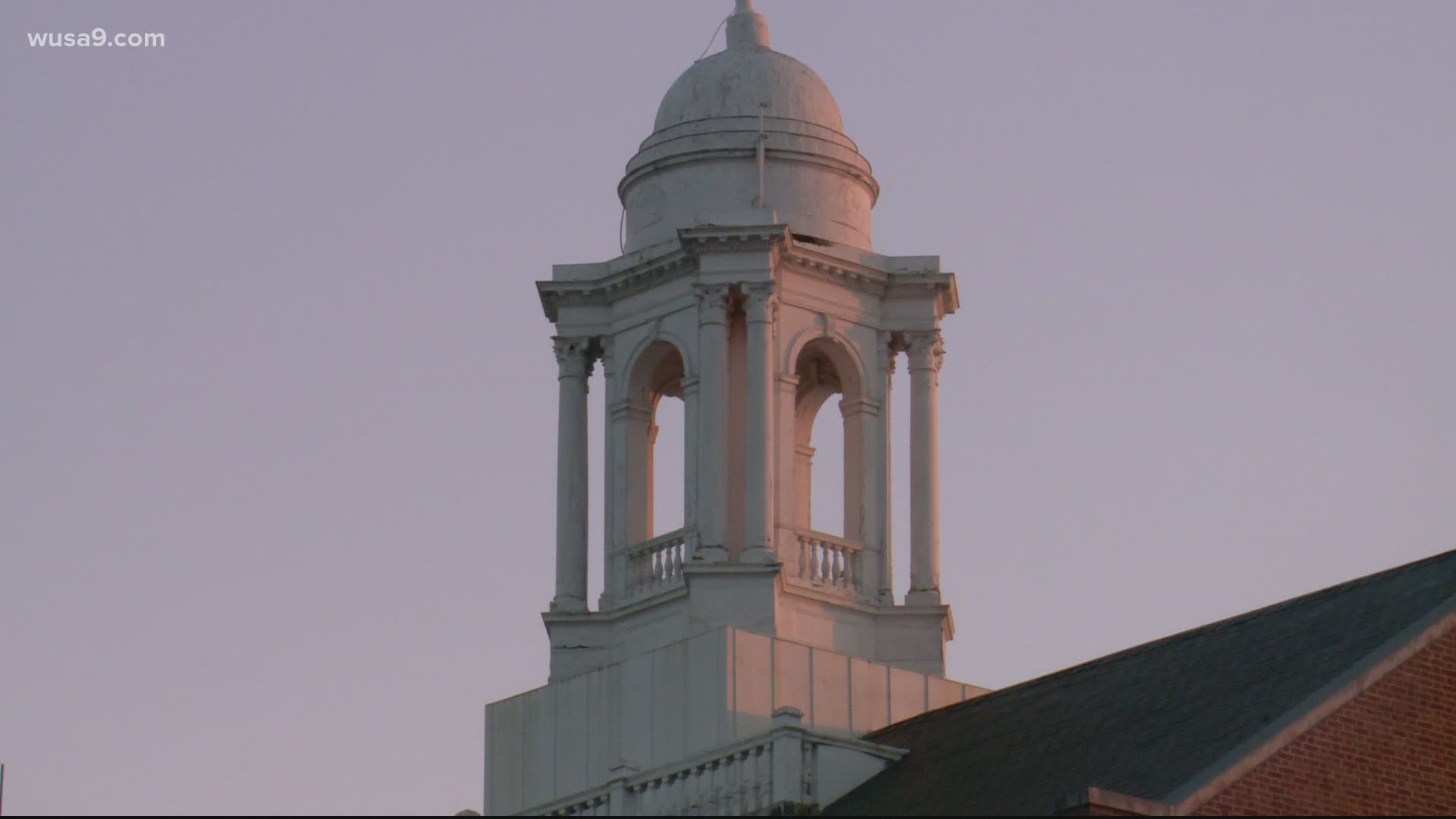 COLLEGE PARK, Md. — A union representing over 3,000 workers at the University of Maryland has expressed concerns about the school's requirement for employees to return to offices in August and has issued a petition with hundreds of signatures calling for change.

On Tuesday, members of AFSCME Local 1072 rallied outside the university's main administration building while calling for the school to preserve teleworking options.

Beginning in August, employees wanting to work remotely will need approval from a supervisor to do so.

Representatives from the union told WUSA 9 that around 2,000 workers will be impacted by the change.

This week, they voiced numerous concerns about the switch.

"Because decisions about telework at the University of Maryland are left up to individual managers and supervisors, it often is reduced down to what kind of attitudes or biases a supervisor will have about telework," said union president Todd Holden, who works as a web developer for the school. "Thousands of employees were moved into telework often for the first time. We found out very quickly that a lot of those arguments against telework really didn’t hold water. People found that they were able to work effectively. They were able to work efficiently. They were able to be just as responsive as they would have been if they were at work.”

Holden said the requirement to head back to university offices raised concerns for employees trying to find limited child or elderly care.

"Throughout the pandemic, a lot of childcare providers went out of business," he said. "The ones that are in business have either really long waitlists or they’re prohibitively expensive for the people who need childcare.”

In response, Holden called for the school to allow for employees to telework until public schools are back in session and resuming in-person learning.

Other employees raised concerns about inadequate public transportation options and the high cost of parking on campus.

"Now we’re being forced to pay for daily rates, which can exceed $3 an hour, or get annual permit parking," said Yolanda Kerr, who works as a UM Ventures technology transfer coordinator. "Not everybody might be in the position to afford this parking. What is the university going to do in response to that?”

A union petition with around 600 signatures was submitted to University of Maryland President Darryll Pines and urged him to discuss teleworking options.

A copy of the petition showed that the union called for at least three days of telework per week for employees who requested it.

After being contacted by WUSA9, a University of Maryland spokesperson released a statement saying the school was listening to the union's concerns.

"Campus unit leaders continue to consider employees' requests for telework, and many divisions have already expanded telework options for staff," the statement read. "To further support employees, the University has expanded family care resources to meet the various caregiving needs of our employees."

The spokesperson added that collective bargaining negotiations with AFSCME were ongoing, and a new multi-year agreement could address telework.

Moving forward, AFSCME hoped the university would soon bring a solution to issues raised by employees.

"These are people who have demonstrated in a trial by fire that they can telework and they can do it effectively," Holden said. "They fulfilled the mission of the university for over a year, and they did it remotely.”

RELATED: These Maryland ZIP codes are falling behind in COVID-19 vaccinations, data shows

WATCH NEXT: What is the future of remote telework after the COVID-19 pandemic?

Harvard Business School's Prithwiraj Choudhury outlines what he sees for the future of remote telework.