McNair said his family will turn its attention to promoting the Jordan McNair Foundation to bring awareness, education and prevention to heatstroke injuries. 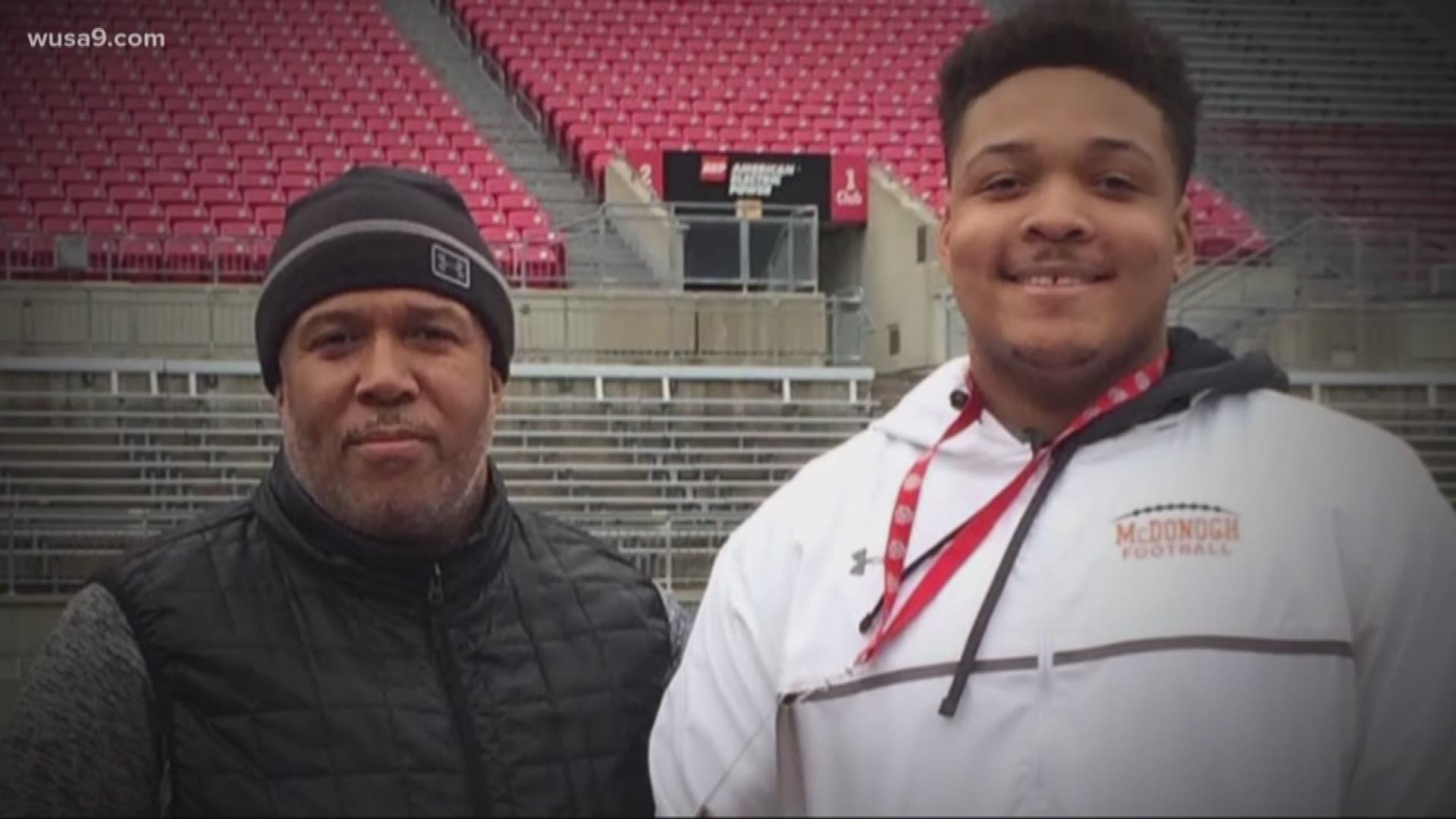 COLLEGE PARK, Md. -- The family of former Maryland Terrapin Jordan McNair say they are relieved that Head Football Coach DJ Durkin has been relieved of his duties in College Park.

Durkin was fired by University of Maryland, College Park President Wallace Loh just one day after the UM Board of Regents recommended his reinstatement to the University.

The coach had been previously placed on leave following an investigation into the culture surrounding his football program.

The investigation was triggered by the passing of McNair, who died from a heatstroke during an organized team workout in May.

McNair's father, Martin, said he was surprised by Durkin's dismissal. He said he was happy with the decision.

"Jordan's was everybody's son," McNair said. "This could have happened to anybody's child."

McNair had nothing to say regarding UMD Athletic Director Damon Evans, but he did call President Loh a man of "high character".

The McNair family attorney, Billy Murphy, said he and the family believes Loh should not step down from his job as he announced he would on Tuesday.

"Remember that Dr. Loh was the first to say that the University accepts complete moral and legal responsibility for the death of this young man," Murphy said. "That took tremendous courage."

McNair said his family will turn its attention to promoting the Jordan McNair Foundation to bring awareness, education and prevention to heatstroke injuries.