From Maryland to Los Angeles: Jake Funk's ready to show the NFL what he can do

Former Maryland running back drafted by the Los Angeles Rams says it felt surreal, yet amazing. 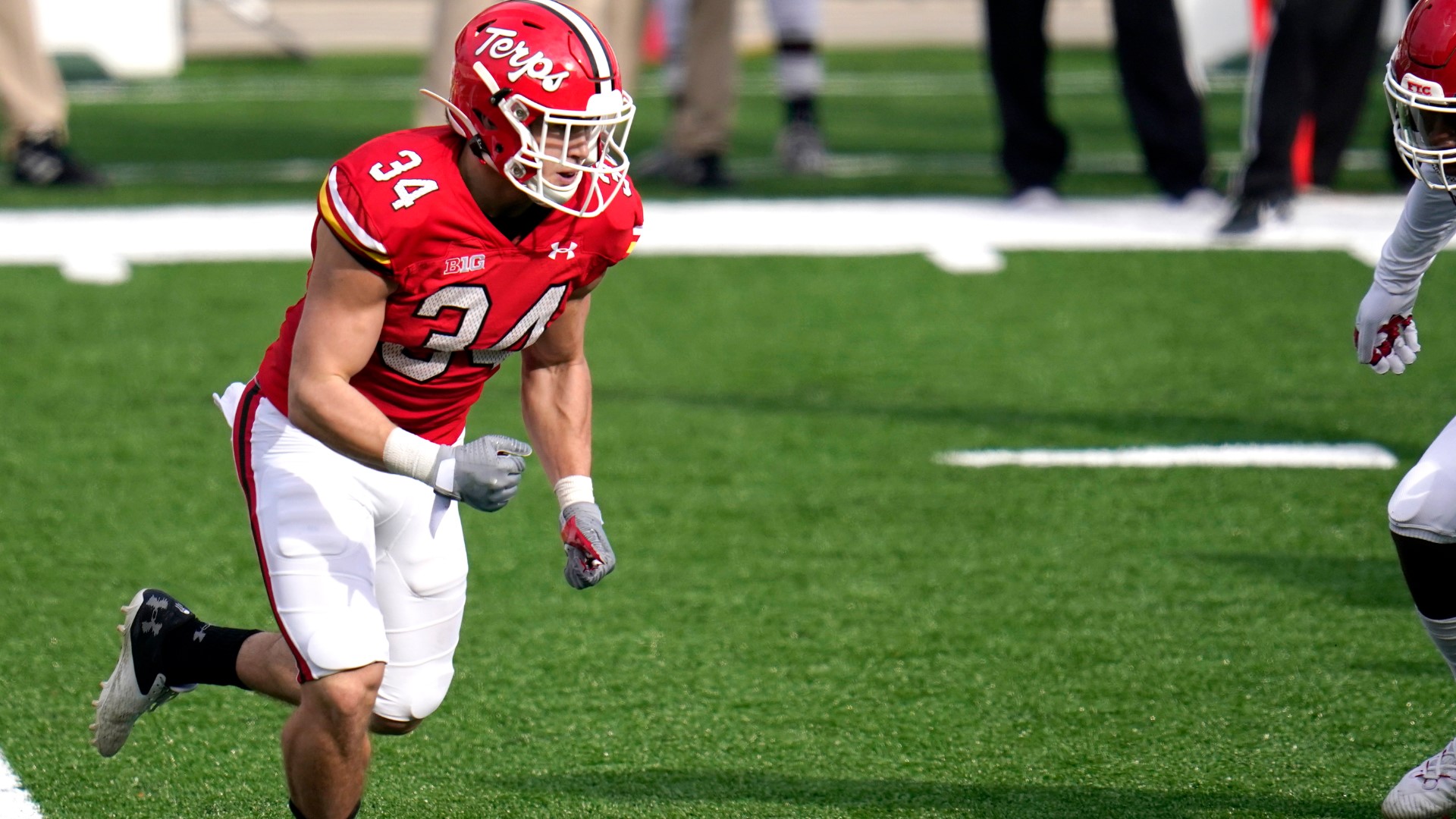 DAMASCUS, Md. — "I remember talking to you way back when, just excited to be able to play, and in the last eight months, my life has completely changed," said the former University of Maryland running back, Jake Funk, on what a wild rollercoaster ride this last year has been.

Funk waited with his family and friends for more than five hours last Saturday, hoping his name would be called in the NFL Draft. Then in the final round, he got the call from the Los Angeles Rams. They selected him 233rd overall.

There were cheers, and tears, as everything he had worked for was suddenly paying off.

"When you see your name come up on the T.V. that's when it really hits you because that's when you realize that it's real. It was kind of crazy, definitely, an amazing experience getting that call and hearing from the G.M. that you're going to be a Ram is just special and then everything after that was just amazing," Funk said.

- 2 Star Recruit
- Position Battles
- 2 ACL Surgeries
- Covid Season
- 4 Career starts
- No Senior Bowl Invite/Interest
- No Combine Invite
- “Too Slow”, “Fullback”
It feels so much better when you know in your heart that you never gave up and earned it. 💛💙🐏 pic.twitter.com/cLqf5NruxH

Funk’s journey to the NFL hasn’t been an easy one.

He battled back from two ACL surgeries, and then took the field last season for the Terps with a greater purpose. He finished 2020 as the Big Ten’s second-leading rusher. Funk declared for the NFL Draft with doubters looming, but he told me, he set out to make sure his actions spoke louder than their words.

On his Maryland Pro Day in March, he showed everyone, including himself, that he’s capable of playing at the next level.

"At the end of the day, it's just me proving to myself that I am the player that I thought I was this whole time, even through injuries. So for me, it was just a very humbling, heartwarming thing to be able to see my name called last Saturday," Funk said.

Making the Rams final team roster this Fall is his next big hurdle -- and he’s determined to show head coach Sean McVay and Los Angeles what he can add to their squad.

"I want to be able to come in and run the ball efficiently. I want to catch the ball out of the backfield and block on 3rd downs. I want to be a guy on special teams that can be a weapon on the coverage units for them. I just want to make plays to help this team win because that's the ultimate goal to win championships," Funk said.

As he heads to the West Coast for Los Angeles Rookie Minicamp in the coming weeks, he’s already a champion to those in his hometown of Damascus and continues to make Maryland proud.

Thank you SO MUCH 💙💛 https://t.co/O1QlggriyH