The former Maryland running back is looking to make his NFL dreams a reality. 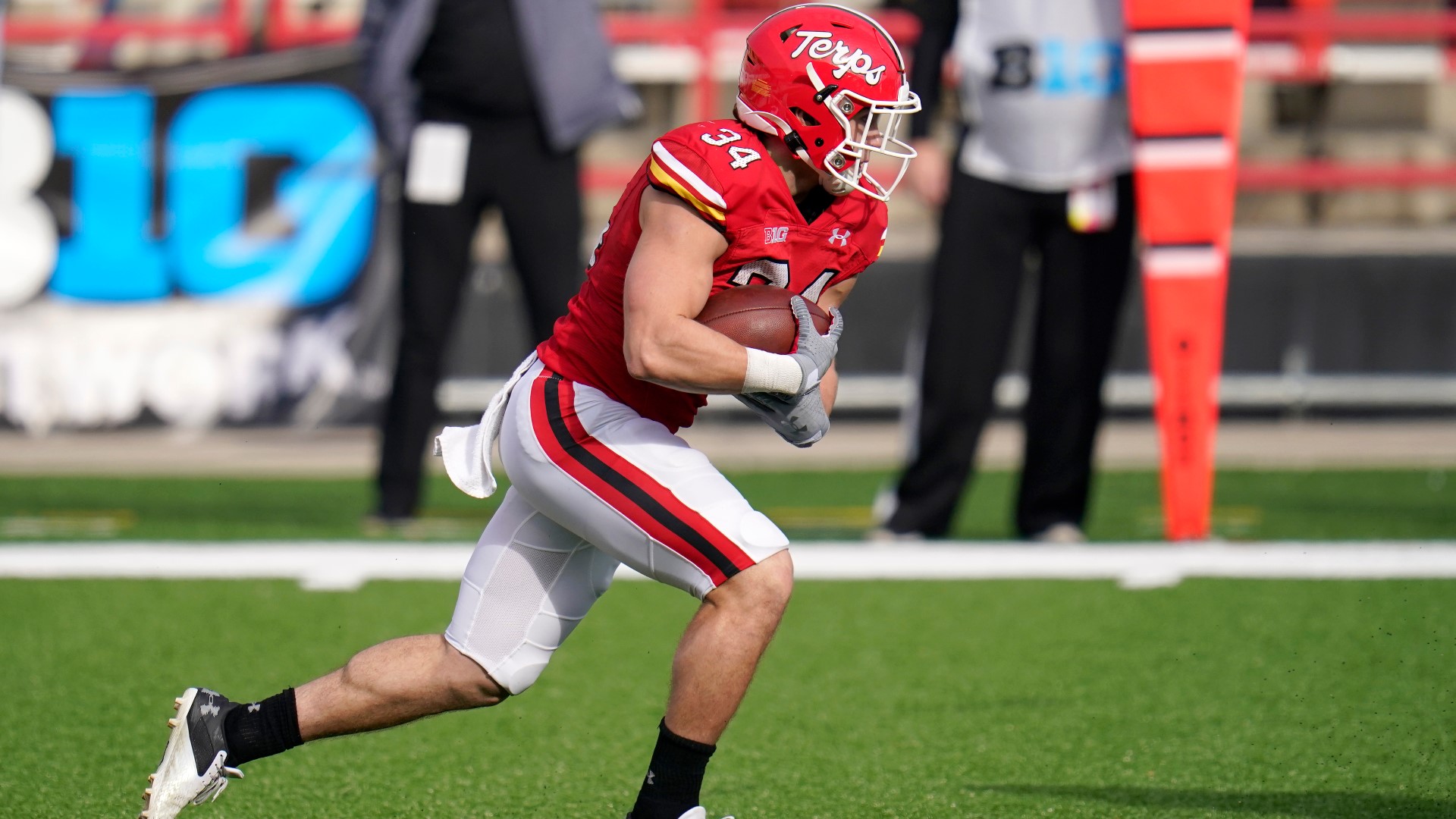 COLLEGE PARK, Md. — The year 2020 was a rollercoaster ride for all of us. And for Jake Funk, he’s just trying to enjoy where this ride is taking him.

“It’s been up and down, it’s been crazy, but at the end of the day I’m just grateful for it all," the former Maryland running back told WUSA9.

After a breakout season that saw him rush for the second-most yards in the Big Ten, Funk left the University of Maryland to take his talents to the NFL and his Pro Day garnered a lot of attention.

Now, the days of preparation and proving himself are in the rearview mirror, and the moment Funk has been waiting for is here.

"I'm just taking it all in because it's something I dreamed about as a little kid. It's something that I always wanted in my heart, but as a kid never knew that it would come true for me. So for me, this weekend, I'm just going to feel very blessed," Funk said about turning his dreams of being drafted into reality.

The NFL Draft is full of many unknowns but Funk has faith in the process. He's been through two ACL surgeries during his days at Maryland. Now fully healed and stronger than ever, he's been given some good advice as we approach the NFL Draft weekend.

"I was told to just attack it! Don't be afraid of it. People are going to say whatever they want about you, and scouting reports, and this and that. But at the end of the day, no one really knows anything except for the people in those NFL rooms," says Funk.

The first day of the NFL draft is Thursday and runs through May 1. Surrounded by family, Funk will wait to see if one of those NFL teams is calling him up to the next level.