In October, 22 violent crimes occurred within a 1,500-foot radius, marking the most violent one-month period in the last three years, 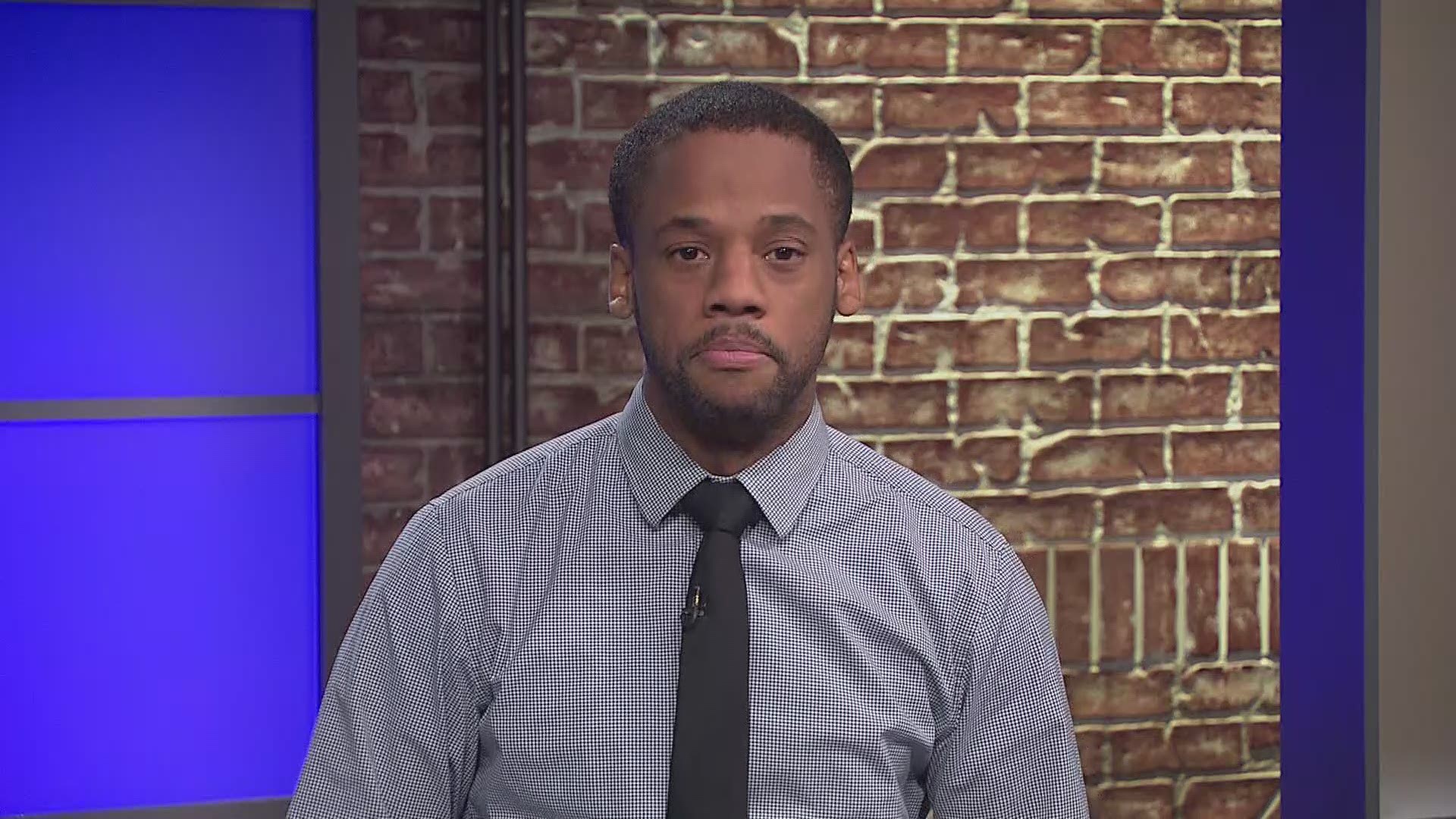 WASHINGTON — Violence is up in Northwest D.C.'s Columbia Heights neighborhood despite an effort to increase police patrols in the community.

In October, 22 violent crimes occurred within a 1,500-foot radius of the 1300 block of Columbia Road Northwest -- the most violent one-month period in that area in the last three years.

That radius includes the city's popular "DC USA" shopping complex. In September, a shooting just two blocks away from the complex left one person dead and another five injured.

After that incident, the Metropolitan Police Department rolled out multiple strategies to fight violent crime in the neighborhood.

On Oct. 1, Metropolitan Police Chief Peter Newsham announced that patrols would be stepped up in MPD Districts 3, 5 and 6 by providing more overtime to some officers. MPD District 3 includes Columbia Heights.

Then, on October 14, MPD kicked off its "Fall Crime Initiative." The 60-day long effort commits more MPD technology and crime-fighting resources to some of the most violent parts of the District.

MPD decided to focus its efforts on six parts of the city under that initiative. One of those areas includes Columbia Heights.

Despite those efforts, 13 more violent crimes occurred near the 1300 block of Columbia Road NW in October than in September. MPD classifies violent crimes as homicide, assault with a deadly weapon, robbery and sex abuse.

RELATED: Violent crime has been up for months in Columbia Heights neighborhood – and now 6 people were shot in one night

The majority of those October crimes happened in the evening. More than half of those incidents were robberies.

In the past, Newsham has blamed the uptick in violence on the abundance of illegal guns on the District's streets.

"We have seen in the last few years an increase in the number of shootings that we have had in our city," Newsham said during a September press conference. "We can attribute that to the prevalence of firearms that we have in the city."

"This is another tragic example of too many illegal guns in our community, and too many individuals who do not fear the consequences of using that weapon," Emerman wrote.

But illegal guns alone can't account for the spike in violent incidents in October. Of the 22 reported last month in Columbia Heights, a WUSA9 analysis found only 1 listed a gun being involved.

RELATED: Police presence increased after rise of shootings in DC

MPD data shows there have been 23 gun crimes so far this year in that area. Meanwhile, knives have been used to commit 27 crimes. Another sixty-five violent incidents are classified as "other".

In May, the Columbia Heights Advisory Neighborhood Commission held a meeting to discuss safety in the neighborhood.

At that meeting, an organization named "Collaborative Solutions", which specializes in gang intervention work, made another claim regarding the possible cause of violent crime in the area.

The organization said the city's decision to close down some of its housing developments had also augmented the area's uptick in crime.

The group said at the committee meeting that the dislocation and subsequent relocation of residents to new neighborhoods around the District sometimes sparked conflicts between people who move to new locations and their new neighbors.

Love Wade said it has disrupted life for everyone in the area.

"We lived in harmony for many, many years," she said. "This recent uptick in crime has all of the residents very concerned, especially those parents who live there with their children."

Boese added the crime is happening beyond the radius of the 1300 block of Columbia Road.

"We're very focused on 13th and 14th and Columbia road," he said. "But, there isn't a corner of ANC 1A that isn't impacted right now. My single-member district has had 2 homicides this year versus none in the last couple of years."

Love Wade said she would like to see more reports from the police about resolutions to recent crimes around the community.

Boese said he would like to see more stability within MPD in regard to the leadership that directly serve the neighborhood. He also said Columbia Heights sometimes runs into problems because its ANC belongs to two MPD districts.

"So, when we're trying to reach out to get information, the first thing we have to understand is what was the geographic location [of the crime] so we know what district to reach out to," he said. "That makes it difficult."

Commander Emerman was unavailable for an interview to discuss violent crime in Columbia Heights on Tuesday.

It also remains unclear just how much of an impact DC's recent partnership with the Bureau of Alcohol, Tobacco, Firearms and Explosives has had on the city's efforts to decrease illegal gun trafficking.

But, MPD did release the following statement when reached for further comment Tuesday evening:

"The violence in Columbia Heights is unacceptable and we plan to hold all offenders accountable. This is why MPD initiated the Fall Crime Initiative, which started on October 14 and will run through December 15. For the those 60 days MPD will focus its resources, utilize crime-fighting technology and call upon partner agencies and organizations to assist in a coordinated effort to reduce violence in six of our focus areas – including the Columbia Heights neighborhood. Our number one goal of the FCI is to reduce violent crimes in the areas of the city that are hit the hardest. For more details on this please visit the Mayor's Oct 11 press release. You may notice a greater police presence in Columbia Heights. Many of these violent crimes are caused by petty disputes or robberies where a gun is introduced and a life is taken or an individual is hurt. In order to combat crimes, MPD relies heavily on the help of the community. If you see any suspicious activity in your neighborhood, we urge residents to call 202-727-9099 or text 50411. The additional eyes and ears among the community are critical to us addressing criminal activity."