The video appears to show a violation of Montgomery County's ban on indoor dining. 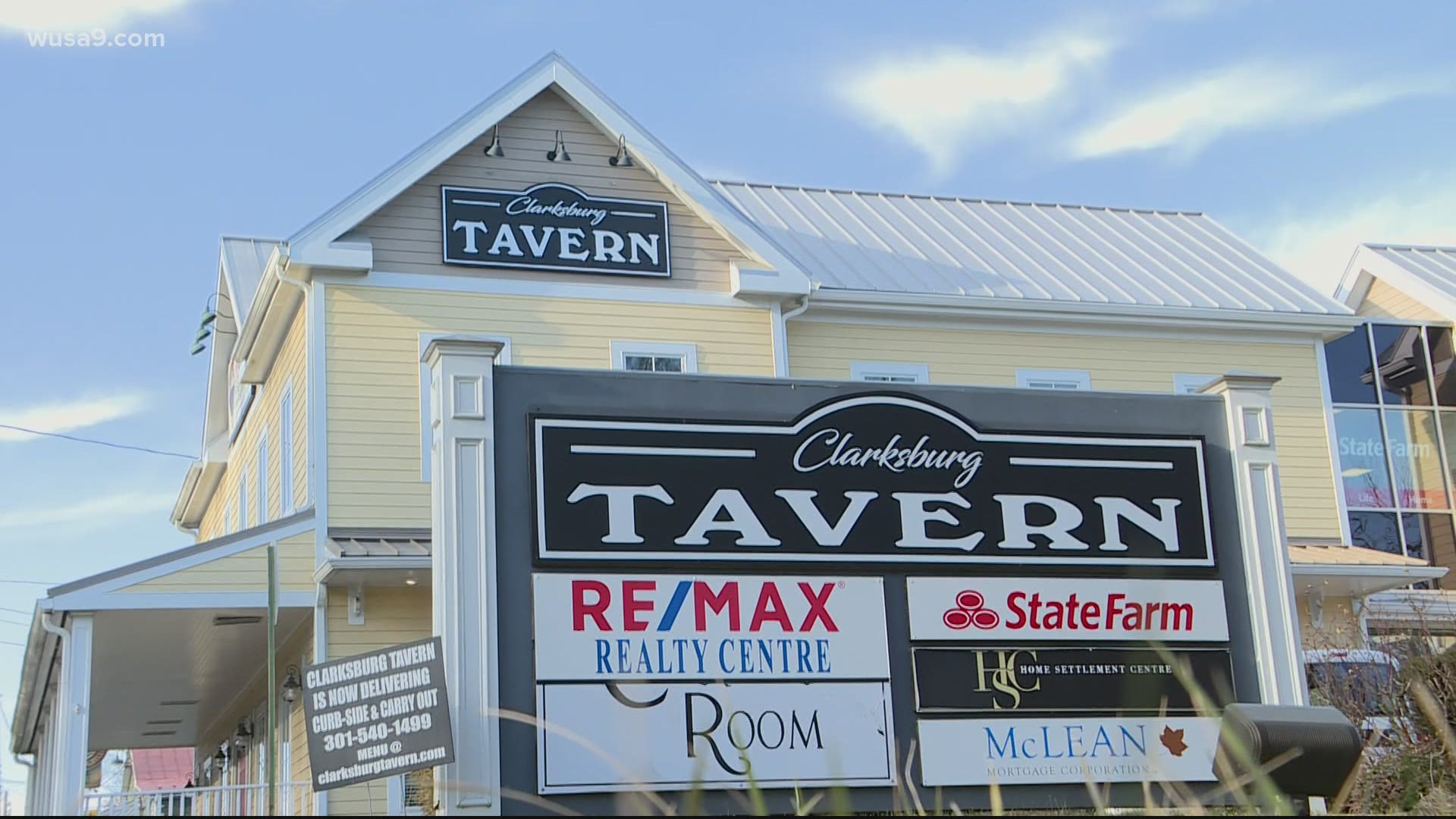 CLARKSBURG, Md. — The Clarksburg Tavern restaurant in Montgomery County is under investigation by the county's health department after a video emerged of a large indoor gathering, where few people were seen wearing masks.

Montgomery County currently has a ban on indoor dining in effect and a requirement to wear masks indoors.

A "USA-themed party" was hosted Tuesday, Jan. 5 at Clarksburg Tavern by Robin Ficker, a Republican candidate for governor of Maryland.

“A lot of people were eating and drinking, and it was 10 minutes," Ficker said to WUSA9 when reached by phone.  "I mean what are we supposed to do? Am I supposed to speak to them out in the cold? If we had stayed in the two tents that the restaurant had. And the restaurant bought as I said another $3,000 tent. If we’d have stayed in there, then there would have been no social distancing at all.”

It's sickening while @robin_ficker and a local restaurant ignore mandates and have maskless events inside... pic.twitter.com/DcmbaW8Y0O

WUSA9 reached out to one of the co-owners of Clarksburg Tavern through Facebook messenger.

"I wasn’t defying anything," Ficker said when asked about potentially violating the county's order and why he wasn't wearing a mask while speaking.  "Because they might not be able to understand what I was saying and furthermore there was no one close to me."

Missouri man Frank Downey posted on Facebook Jan. 5, saying, "Met some other Patriots at the Clarksburg Tavern planning for tomorrows march. Great place let eat inside even tho not allowed by local authorities. Good burgers and lemonade."

WUSA 9 called and asked Downey about those plans for the march, and he vehemently denied making any plans to attack the Capitol, even calling the riot "kind of unpatriotic."

Tuesday, we had an event in support of The Clarksburg Tavern. What an incredible turnout we had with Marylanders who are fed up with not going back to school and back to work. I will be doing plenty more. To me, everyone is essential. pic.twitter.com/MHqKdokNlw

A spokesperson for the county's department of health and human services said they received as many as 20 complaints Friday, which prompted them to send out an inspector on Monday. She said the judicial system handles any penalties, so they're still awaiting a decision on what action will be taken.

The event has sparked the ire of multiple Clarksburg neighbors, like Joe Hall.

"On that night, on a day when more people in this county would die than any other day of the coronavirus, Hall said. "As if any reasonable person or elected official would be swayed by this gathering of people to protest whatever -- why would you do that? The fact that it happened in the middle of Clarksburg, in the middle of a pandemic, the night before what happened at the Capital. It's mind-boggling."

Clarksburg Tavern is among a handful of Montgomery County restaurants that unsuccessfully sued County Executive Mark Erlich to overturn the indoor dining ban.