Long hours and no pay, but Laura White has no regrets caring for autistic grandson full time. 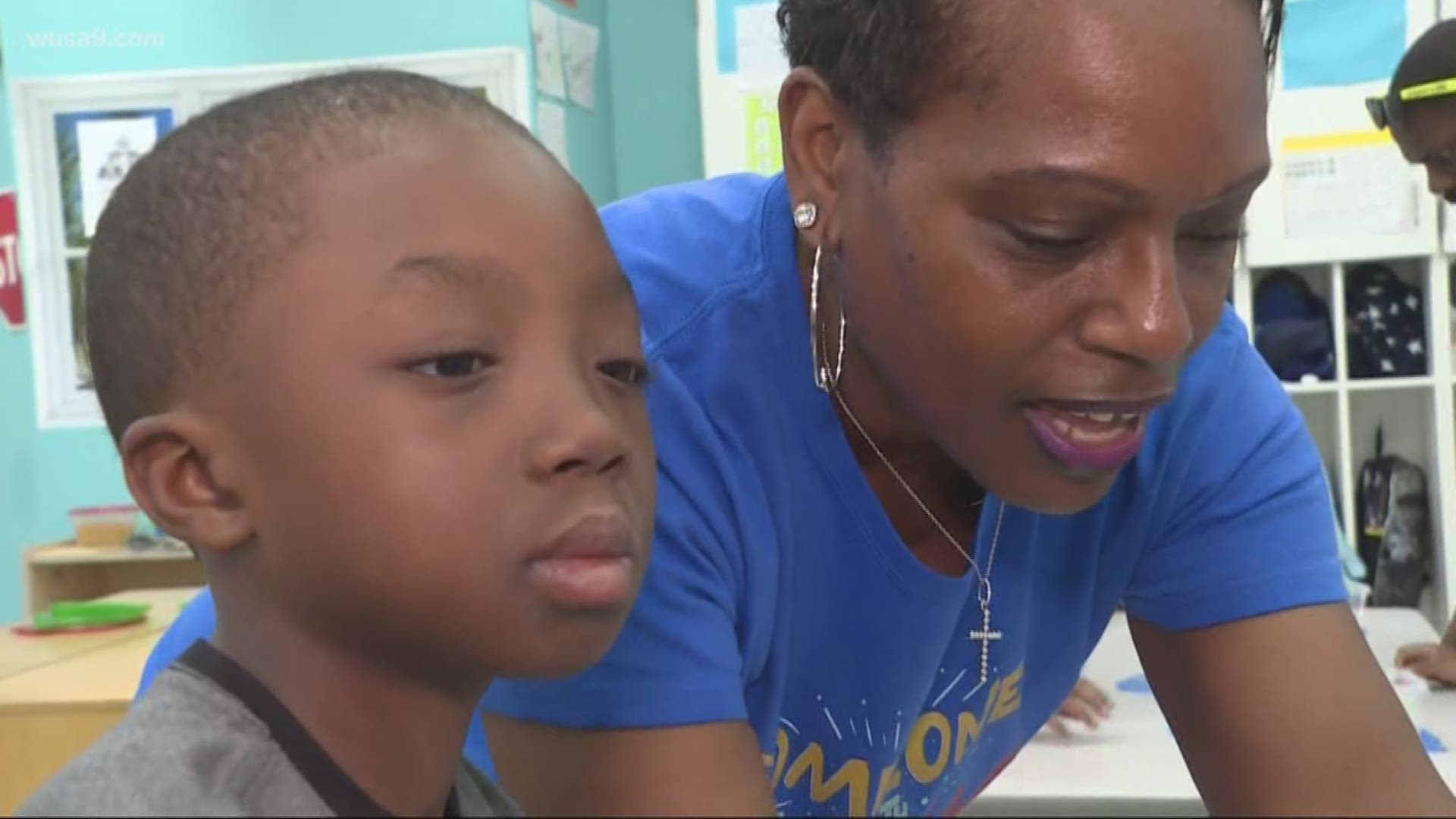 WASHINGTON -- A Metropolitan Police Department officer turned in her badge after nearly 30 years on the force so she can make a stronger impact with her own village -- her family.

"You gotta [sic] hold the rope," she said holding on to him.

"You gotta [sic] hold the rope," her son repeated in delight.

White is guided by faith and love. She and her 7-year son with autism, Laurence, are in training.

"To win this race," said Laurence as he climbs through the course.

His mom wore a blue shirt that reads for "my autistic son" and a hooded sweatshirt with "Team Laurence" on the back.

But there's one more member of Team Laurence -- his grandmother, who walked away from her nearly three-decade long career to be the village they needed.

"I'm the leader of this village," Laura White said. "to lead them and to guide them, to help her so she can continue to have her career and to be the best autism mom there is."

The ladies may be uniquely prepared for the journey. Both are Metropolitan Police Department officers who have worked long hours, served with compassion and bravery.

Andrea White has been with MPD 11 years and works one of the toughest beats in southeast’s 7th District.

Her mother, Laura White, started in 7D, but was just shy of her 30th anniversary when she turned in her badge for this new assignment: Caring for her grandson who they suspected had autism as a baby.

They had him diagnosed early at 2 years old.

He was listless and non-verbal, but through therapy and his team's support, Laurence is winning his race. In the five years after his diagnosis, he speaks, sings, runs, loves math and dreams of being a CEO. His picture on his classroom door is pasted next to a picture of Bob Johnson, former CEO of BET networks. Under his picture he wrote, Laurence White – future CEO.

Teachers at Anne Beers Elementary School in Ward 7 are impressed with his progress and credit his grandmother who is a regular volunteer. The former officer said giving up her career serving the community to serve her family full time was a no-brainer.

"To show my children this is what I want my legacy and what I want to leave behind," Laura White said, wiping tears from her eyes, "that they support one another and love one another and take care of each other. That's all Laurence, and any other children with autism wants is to be accepted and to be loved and to be treated with kindness like everyone else. We are all different in our own unique way."

Laurence's mom, Andrea, has learned a lot about autism in the years following her son's diagnosis but she said the greatest lesson he taught her is patience.

"You need it. You need a lot of patience, but the love he shows me at the end of the day -- it's all worth it," Andrea White said.